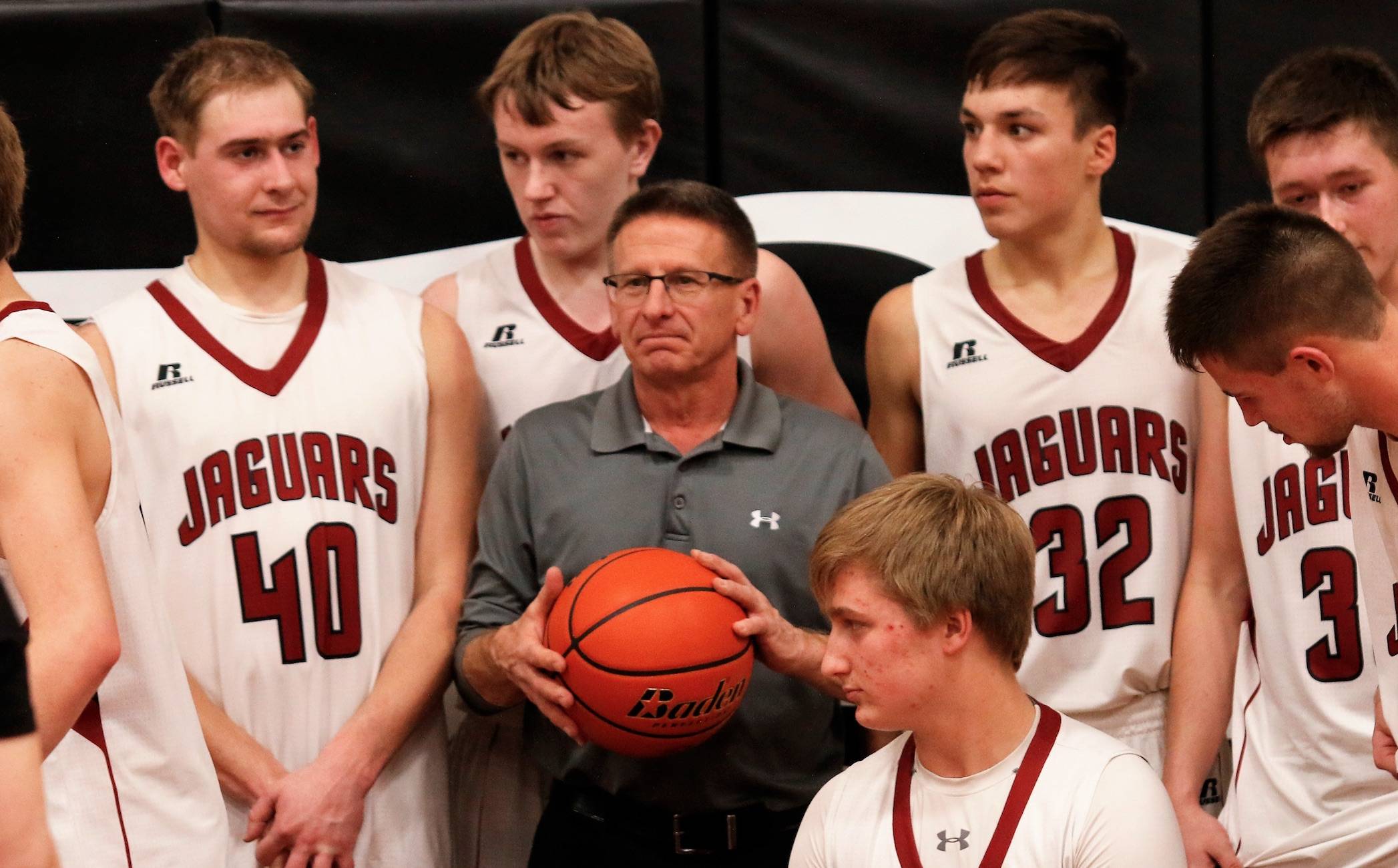 Last Friday night, Corsica-Stickney defeated Mt. Vernon/Plankinton 70-47 in boys’ basketball. The win gave the Jaguars their second win of the season, but it also pushed their head coach, Mike Tuschen, into the milestone of 500 career wins.

Even though he didn’t tell anybody specific that 500 wins was near, the communities of Corsica and Stickney were very well aware of the achievement when it happened.

“The communities had obviously been paying attention, which I was unaware of,” explained Tuschen. “They announced it right after the game that it was the 500th win.”

Tuschen’s name will be listed next to the overall wins column forever, but he said it’s really the players who he wants to thank.

“The most important ‘thank you’ goes to the athletes, present and past, said Tuschen. “They’ve really contributed and given everything to the basketball program, so I really owe it to all of the athletes that I’ve had the fortunate honor and opportunity to coach.”

Tuschen has spent his entire 34-year coaching career in the same place – Stickney, SD. A majority of his career was spent coaching Stickney high school – a district that gave him his first opportunity in 1985. In 2002, his team won the Class B state championship – the first state championship of two for Tuschen.

His second state title came in 2011 – just two years after the Stickney and Corsica communities came together to form the Corsica-Stickney co-op.

“In 2002 when [Stickney] won the state championship, my son was on the team, so that added a little extra for a great memory of my son and I together,” said Tuschen. “And then obviously being together with Corsica in 2011… it kind of brought the two communities together. It was kind of early in the co-op, and it just seemed like it was two communities coming together to share a state championship.”

Tuschen grew up in South Dakota and played high school basketball as a kid for Mount Vernon, which he said made the moment on Friday night even more ironic, considering he achieved his 500th win against MVP, his alma mater.

“I did have several Mount Vernon people who were there that acknowledged it or congratulated me,” said Tuschen. “And that was kind of meaningful, because I still have some ties back to my hometown and home school.

Corsica-Stickney is currently 2-0 on the season, and they will travel to Wessington Springs on Wednesday night to face the Spartans. 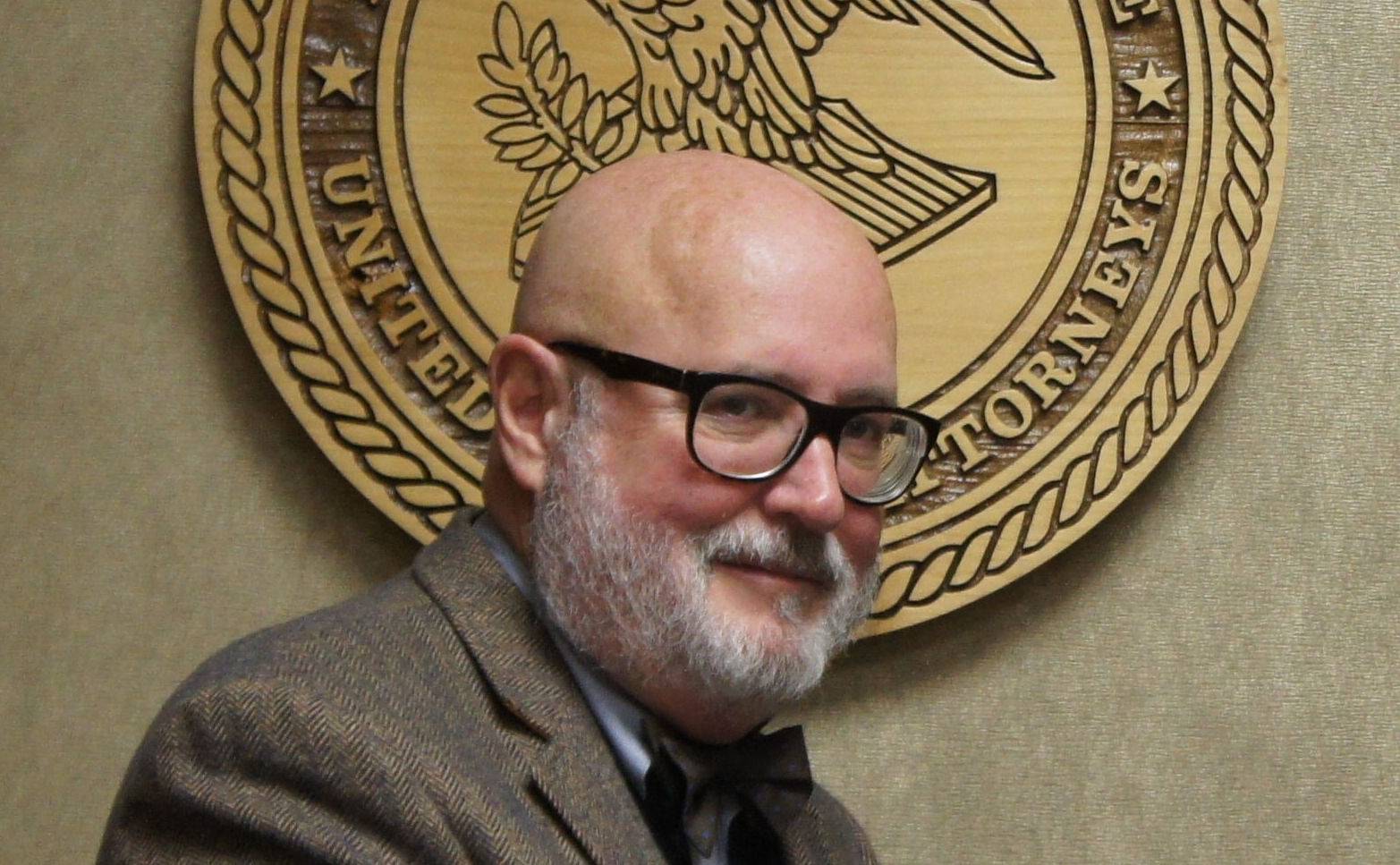 previous Post
On the Other Hand
Remembering Ted McBride: what a prosecutor should be, and a lot more
by kevin woster
•
next Post
Learn
Cradle To Grade: Living A Lifetime Of Student Loan Debt
by laura dimock
•
next Post 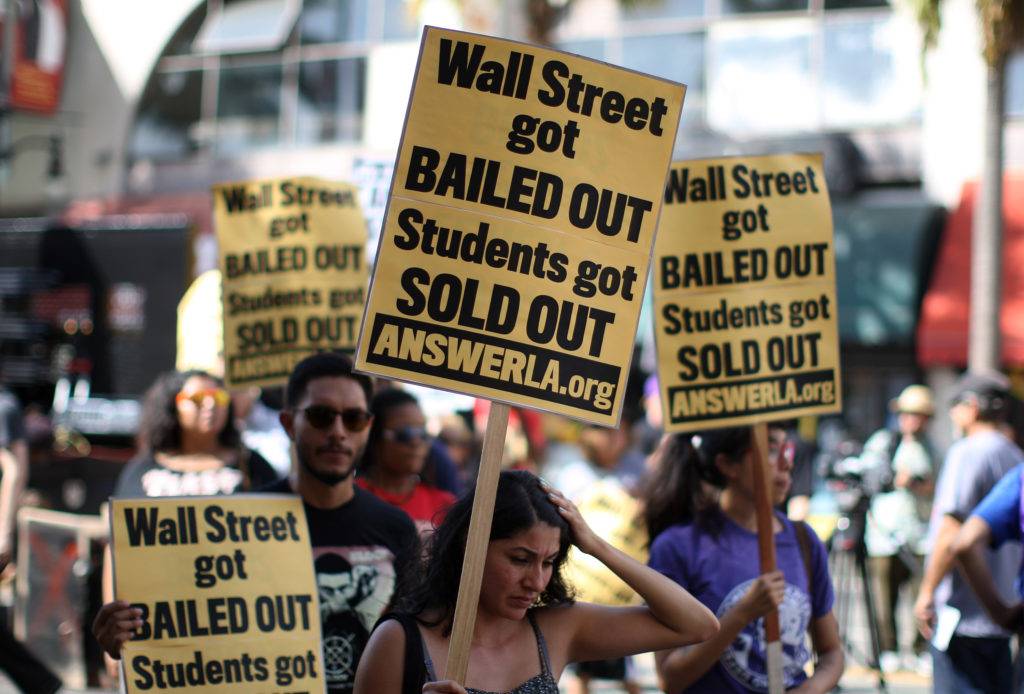