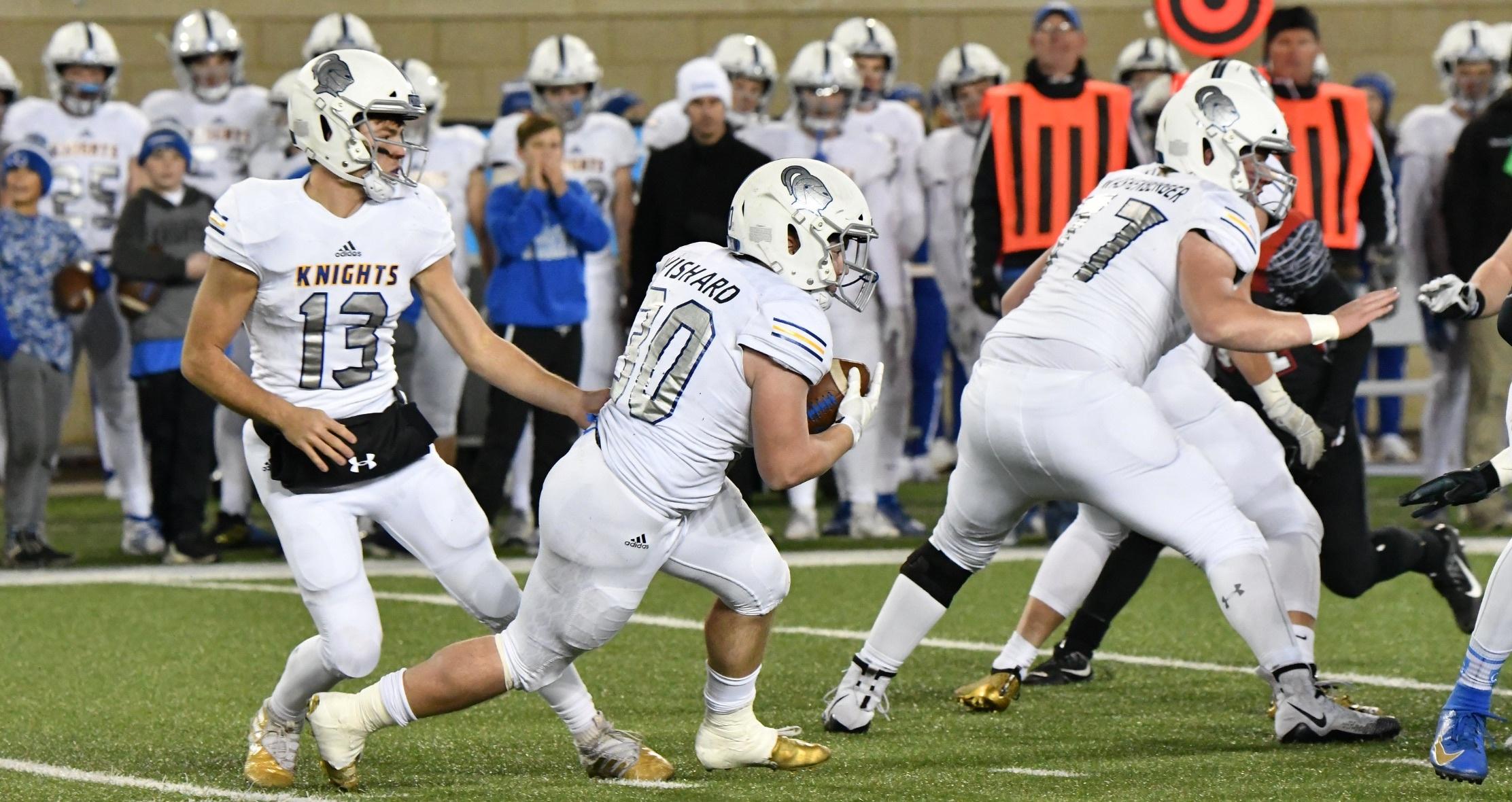 For the first time in nearly a decade and a half, O’Gorman wins a state football championship. The Knights defeated the Brandon Valley Lynx 21-16 on Friday night to claim their first ever 11AAA crown.

O’Gorman got the ball first in the contest, but it was spoiled when a Teegan Schlimgen pass was intercepted by Damion Schunke near midfield. This gave Brandon Valley a short field to work with for their first drive of the game.

The Lynx would capitalize on the Knights turnover with a Jorey Sorenson 25-yard field goal. This put Brandon on top early 3-0.

Both teams were cold on offense through a majority of the first quarter. The Knights went the entire opening period with no passing yards, while Brandon Valley had 34 total yards from scrimmage through the first 12-muntes of play.

O’Gorman missed an opportunity to tie it early in the second quarter when a 34-yard field goal attempt by Conor Pavelko missed the mark and went left of the uprights.

The Knights would find the end zone on their next possession to take a 7-3 lead. Zach Norton connected with Tip Reiman for a 30-yard touchdown with 5:12 to play until halftime.

The Lynx got the ball to start the second half, but the Knights defense held strong to force an early three-and-out.

O’Gorman retook the lead on their first possession of the third quarter with a 28-yard swing pass from Teegan Schlimgen to Zach Norton that went for six. This made it a 14-10 game with 8:53 to play in the third.

At the 6:29 mark, Tate Johnson jumped over a pile at the goal line to put the Lynx back in front. However, the extra point was blocked. Brandon Valley led O’Gorman 16-14.

Tate Wishard would give the Knights the lead back at 21-16 with 2:55 to play in the third quarter – he pushed through at the one-yard line and into the end zone.

Brandon Valley had a promising drive deep into the fourth quarter, but penalties backed them into a fourth and long that resulted in a sack. With the clock on their side, and a few key first downs on the ground, the Knights ran out the clock.

This is the ninth state football championship in O’Gorman Knights history. It’s also their first in 11AAA and first since 2005.