Pierre defeats Harrisburg 24-21 on Friday night to capture the Class 11AA state football championship. Strong second half defense helped pave the way for the Governors to capture the title.

It was slow moving to start the game as both offenses struggled to find a rhythm. Midway through the first quarter, Harrisburg quarterback Hunter Headlee hit wide out Brooks Fuller for a 58-yard gain. A few plays later Headlee found wide out Jack Rabern for a 24-yard touchdown pass. This gave the Tigers a 7-0 lead with 3:51 to play in the opening quarter.

The offensive struggles continued for the Governors as they were forced to punt for the third time in the game. Big plays followed for Harrisburg as running back Jhei Roewart got loose for a 60-yard gain, putting the Tigers inside the Pierre 5-yard line.

On the first play of the second quarter, Harrisburg running back Jack Anderson punched it into the endzone from two-yards out, givng the Tigers a 14-0 lead.

Pierre finally hit a big play on their next offensive possession when wide out Mike Lusk hauled in a sideline pass from quarterback Peyton Zabel that went for a 61-yard score. Harrisburg still held a 14-7 lead over the Governors at the 9:53 mark in the second quarter.

The Tigers would score again as they moved the ball downfield at ease for the next six minutes of play. Their drive was capped off with a two-yard touchdown run by Headlee, getting Harrisburg’s lead back to two possessions.

Garrett Stout answered right back for Pierre as he returned the Tigers kickoff 85-yards to the house – cutting the Governors deficit again to just seven-points.

Harrisburg received to start the second half. Tiger quarterback Headlee had troubes handling a shotgun snap a few plays into the drive, and it resulted in a fumble recover for the Governors, on their opponents 8-yard line.

Pierre was unable to capitalize on the great field position and would turn it over on downs near the goalline.

Both teams would trade tournovers on the next two possessions. Headlee coughed up the football for Harrisburg, followed by an interception thrown by Zabel of Pierre.

The Governors tied it up with 10:01 to play in the game when Zabel found Lusk for a 24-yard scoring connection.

Pierre would get the ball back, and in great field position, when they blocked a Harrisburg punt. Governors kicker Casey Williams would go on to knock a 31-yard field goal through the uprights to give Pierre a slight 24-21 lead near the halfway mark of the final quarter.

Defense held strong for the Governors on the next drive, forcing a Harrisburg punt.

It was then the Tigers turn to hold firm on defense, which they did, holding the Governors offense and making them punt the ball away.

With time ticking away, Harrisburg started their march down field. A big time fourth down conversion had the Tigers in Pierre territory with just under a minute to play. However, a strip sack on the next play would end all championship hopes for Harrisburg as the Governors recovered and went into the vicotry formation.

Joe Robbie Award: Mike Lusk of Pierre was the recipient of the 2017 Class 11AA Joe Robbie MVP award. He had two catches for 85-yards and two receiving touchdowns. 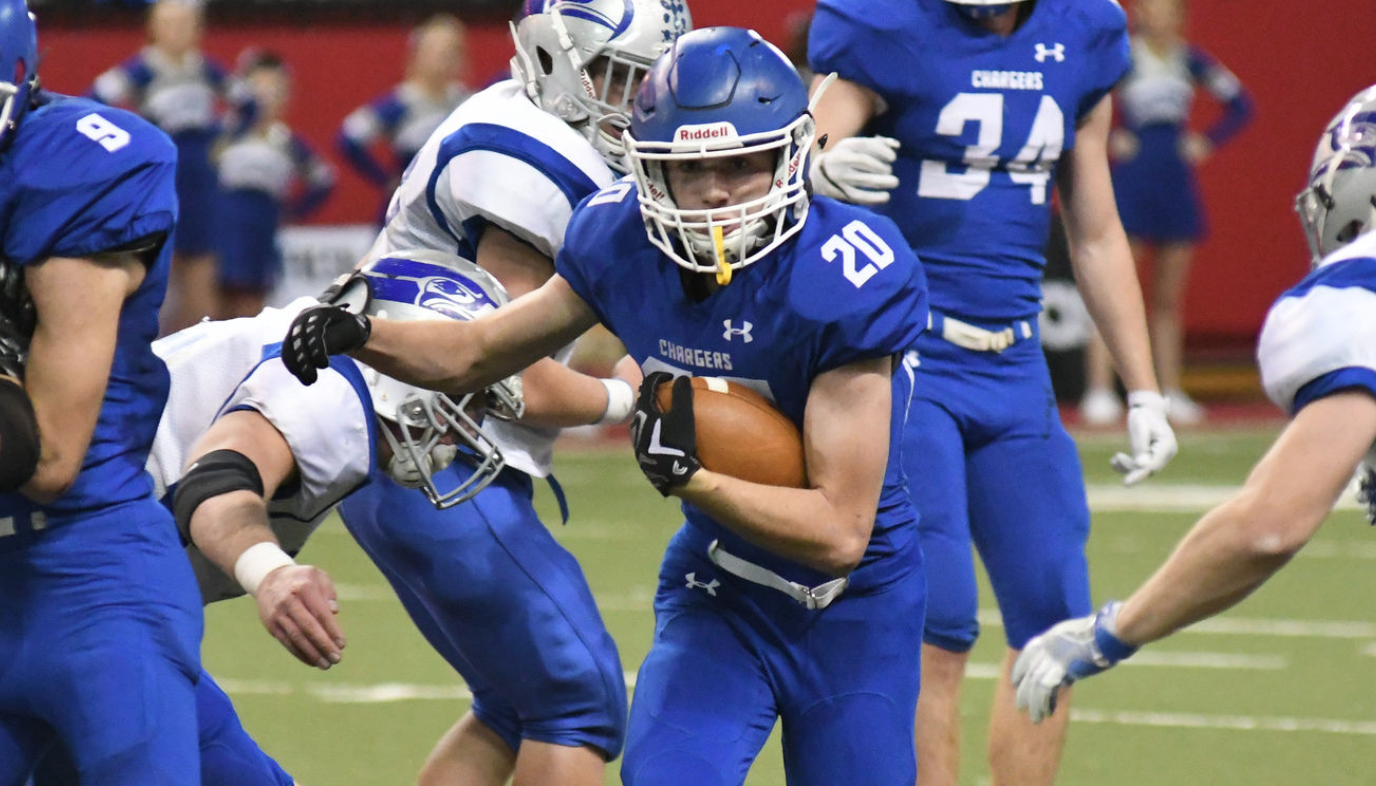 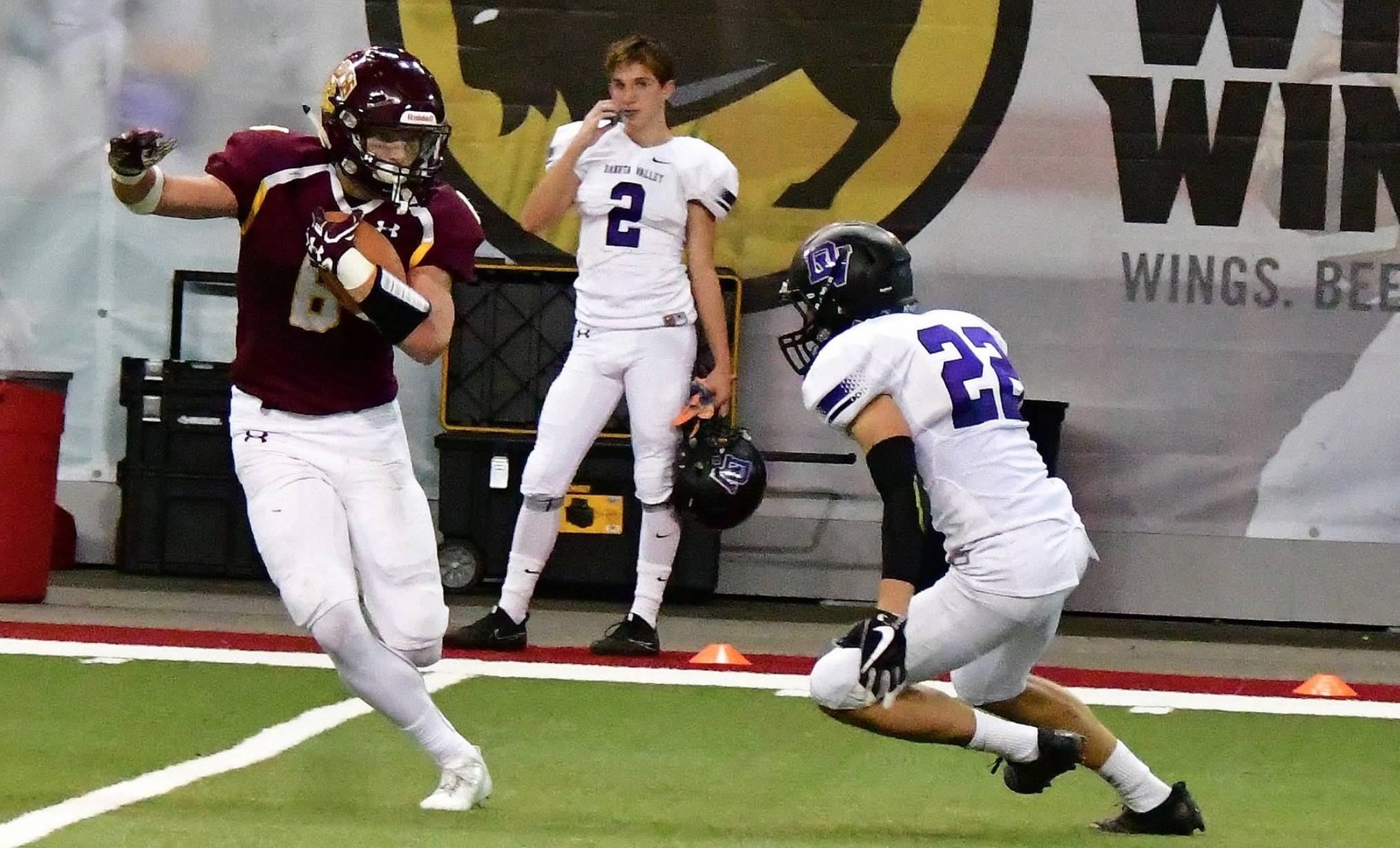