Tickets go on sale at 10 a.m. on Sept. 7. Television coverage will determine a start time.

The contest will be Nebraska’s first trip to the Pentagon, which has hosted 23 NCAA Division I men’s college basketball games since opening in 2013. Oklahoma State played in the venue on Dec. 12, 2015, defeating Minnesota 62-60.

“We are excited for Nebraska to make their debut at the Pentagon and to welcome back Oklahoma State to Heritage Court where they have won before,” said Kevin Lampe, executive vice president of Sanford Sports. “Two power conference programs coming off winning seasons is an outstanding matchup, and this game will be another great experience for the players and fans.”

“Going back to Sioux Falls is special. I know there are a lot of Husker fans in the state, and to go back and play a high-major game in Sioux Falls will be a lot of fun for everyone,” said Nebraska head coach and Doland, South Dakota, native Tim Miles.

“My parents (Tip and Alyce) plus all four siblings are in South Dakota, so to be able to play a game there is a unique opportunity. The role that Kelby Krabbenhoft, Sanford Health and the Sanford Pentagon have played is also very important. What they have done for college basketball in the Dakotas is incredible.”

Oklahoma State, a Big 12 program, finished the 2017-18 season with a 21-15 record. The Cowboys advanced to the third round of the NIT tournament last season.

“We are excited to re-engage with an old conference opponent in such a great venue. Nebraska has a strong basketball program and Coach Miles has done great work in the last few seasons of re-establishing high expectations in Lincoln,” said Oklahoma State head coach Mike Boynton, Jr. “We appreciate the Sanford Pentagon group for working with us to make this happen and are looking forward to competing.”

Nebraska is 64-53 all-time against Oklahoma State dating back to 1927. The teams have not played each other since the Huskers’ final Big 12 game, a 54-53 Oklahoma State victory in the 2011 Big 12 Tournament.

This press release is courtesy of Sanford Media Relations

previous Post
Living
WWI Takes Center Stage on SDPB
by heather benson
•
next Post
On the Other Hand
Loving the law, jitterbugging with the grandkids and quipping like The Gipper in a run for state AG
by kevin woster
•
next Post 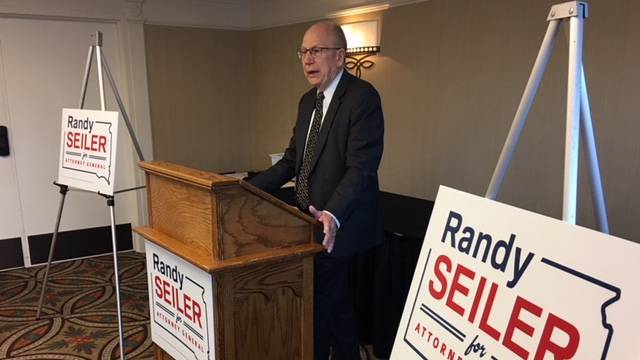