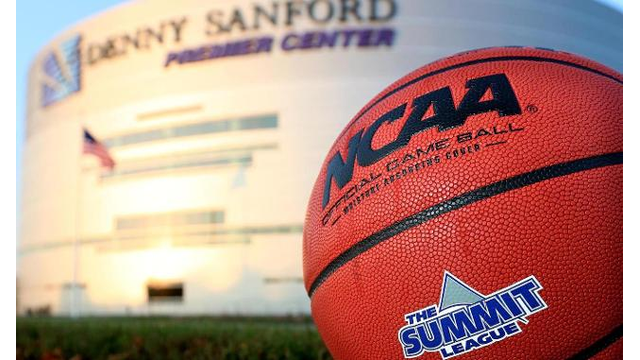 The Summit at the Falls
The Summit League
Sports & Recreation

The 2015 Summit League Championship basketball tournaments will begin this weekend in Sioux Falls at the newly constructed Denny Sanford PREMIER Center. This will be the seventh straight year that Sioux Falls has hosted this annual championship event.

The USD women’s Coyote team took the regular season Summit League title with a 23-6 overall record, 13-3 in the conference, and a perfect record at home. Coyote women’s coach Amy Williams was also named the Summit League women’s basketball coach of the year. USD is the No. 1 seeded team, and they’ll play Fort Wayne in the quarterfinal round on Saturday at noon.

The South Dakota men’s basketball team finish the regular season with a 16-15 overall record and 9-7 in the conference. They enter the Summit League tournament as the No. 5 seeded team, and will play Fort Wayne on Sunday night in the quarterfinal round.

The SDSU Jackrabbit women’s team finished the season 21-8 with a 12-4 conference record. They finished the regular season right behind USD, as SDSU will be the No. 2 seed going into the tournament. They’ll take on the University of Denver on Saturday afternoon in the quarterfinal round.

South Dakota State's men’s team finished the season with a 21-9 overall record, while going 12-4 in conference play, which earned them the regular season Summit League title. Junior guard Deondre Parks was named the leagues newcomer of the year, while Senior forward Cody Larson was named the Summit League defensive player of the year. The Jackrabbit men will take on Western Illinois on Saturday night in quarterfinal play.

Tom Douple is the commissioner of the Summit League and he said he’s very excited for this year’s tournament. He mentions the new venue in Sioux Falls as a high point for this annual event.

“When we came to Sioux Falls [seven years ago], we had a successful and good tournament. Over the years it has become bigger, and it’s now looked at as an event, and it’s become nationally known,” said Douple. “We’re turning it into an experience that fans can look forward to each year.”

The commissioner said the atmosphere in Sioux Falls will be electric this weekend as fans from around the league join together in one venue. Douple claims the newly constructed Denny Sanford PREMIER Center will create a unique experience for all basketball fans.

“We want to put our best foot forward as a community and as a league,” said Douple. “This new venue is going to be great to help showcase this event.”

This season is unique for the Summit League tournament, because of the quality with all the competing teams. Douple agrees that this year is an open door for both the men and women’s championship crowns.

The women’s side could see an SDSU vs USD championship showdown, as both teams are on opposite sides of the bracket. Two wins for each team would ensure a South Dakota showdown in the championship round on Tuesday March 10.

Who do you think will win summit league championships this year? Comment Below 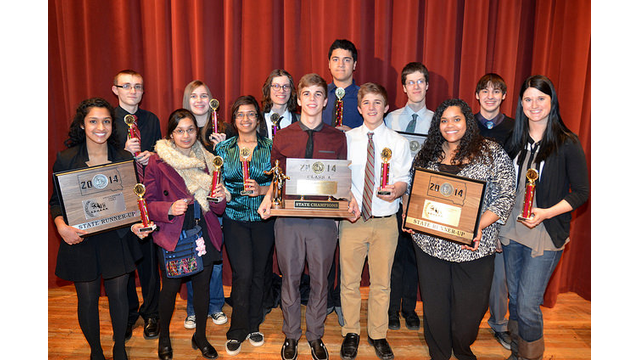 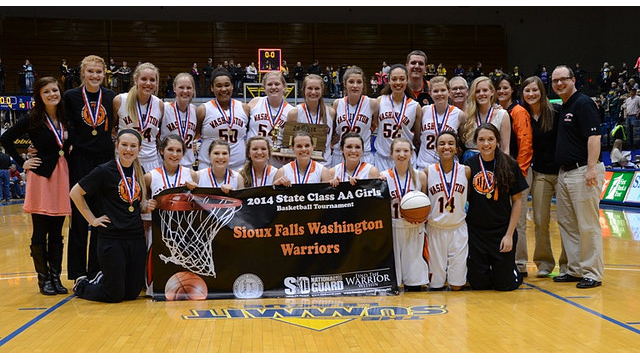