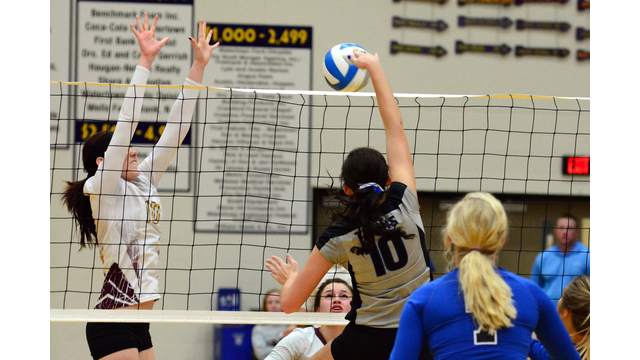 The first round of this years state volleyball tournament is completed. This annual event consists of 24 teams (eight per class) in a bracket style tournament. Tomorrow is the semi-final round, which means only four teams per class remain eligible for state titles. There’s also a consolation bracket to help determine the fifth, sixth, seventh and eighth place teams.

The B class tournament in Aberdeen got on a role when Warner defeated Jones County in a sweep. Ashley Rozell and Jaici Schlosser combined for 32 kills, leading the way for Warner. Parker vs Arlington was a closer matched game. This match took five sets to decide a winner. Parker won the final set 15-10 to advance to the semi-final round. Sully Buttes and Chester Area also advanced in their games. On Friday, Warner will take on Parker, while Sully Buttes will battle Chester Area for a chance at the Championship game.

The class A tournament in Watertown experienced a lot of quick games in the first day of the tournament. Sioux Falls Christian ran over Sisseton in a clean sweep. Dakota Valley also had a sweep on the day, with a win over Redfield/Doland. Liz Lammers was the leading scorer for Dakota Valley as she had eight kills. Her sister, Meredith Lammers had six kills in the match. Miller and Mt. Vernon/Plankinton also won in their opening round matches in three sets to advance. Tomorrow’s semi-final action has Sioux Falls Christian vs Dakota Valley and Miller vs Mt. Vernon/Plankinton.

The class AA tournament in Yankton features one of the best teams in state volleyball in the O'Gorman Knights of Sioux Falls. O’Gorman defeated Pierre in three straight sets. They're led by Taryn Kloth, who had 18 kills today for the Knights. Kloth was featured in September by ESPN in Sioux Falls, as a September Athlete of the Week. Huron and Watertown were also victorious in thier games. Sioux Falls Roosevelt pulled the upset on Thursday as the seven seed beating Aberdeen Central, who was the number two seed. Friday’s semi-final round will consist of Sioux Falls O’Gorman vs Huron and Watertown vs Sioux Falls Roosevelt.

Tomorrow’s tournament action begins at noon CT with the consolation bracket. The semi-final round begins tomorrow night at 6 pm CT and all games can be viewed on sdpb.org/volleyball 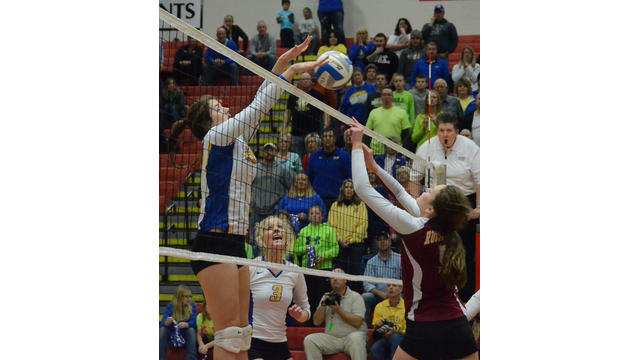 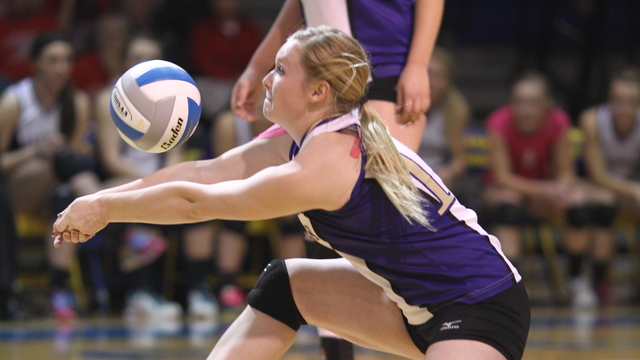