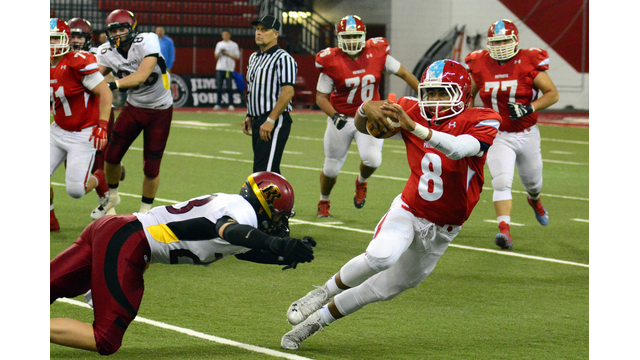 Neither team could find any offensive rhythm in the first quarter as the score was tied 0-0 through the first 12-minutes of play.

The Rough Riders missed an opportunity at points in the early stages of the second quarter, when kicker Chase Vinatieri (nephew of NFL Kicker Adam Vinatieri) missed a 27-yard field goal to the right of the uprights.

With 34 seconds remaining in the second quarter, Lincoln running back Braxton Large ran in a 1-yard touchdown, giving the Patriots a 14-7 lead going into halftime.

The Patriots started off the second half with a scoring drive, as Large broke free for an 18-yard touchdown run. Lincoln led the Rough Riders 21-7 with 7:59 to play in the third quarter.

At the 7:01 mark in the fourth quarter, Thune found running back Jake Bear on a screen for a 14-yard touchdown pass. Lincoln now only led Roosevelt 21-14.

Roosevelt had an opportunity with 2:31 to play when Thune found Vinatieri in the end zone on fourth down, but the ball was dropped and Lincoln took over on downs. On the very next play, Large broke free for a 91-yard touchdown run, sealing the 28-14 victory for the Patriots.

“Just keep playing the game hard, play to win, don’t play the game to not lose,” said Beavers. “I thought Kim and his staff had a great scheme, any team could have won it.”

We’re very proud of our team, but we’re also proud of the Rough Riders. If you’re going to win, you want to beat the best and I think we got it right with the two best teams out here.

“We came up big and that’s how it happened, we just finished,” said Large. “We wanted to show that we were just as good, if not better than last year.” 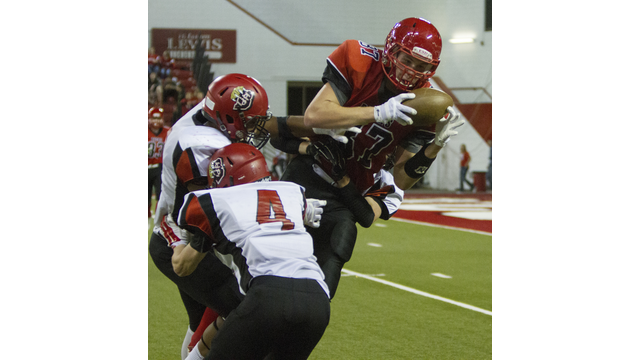 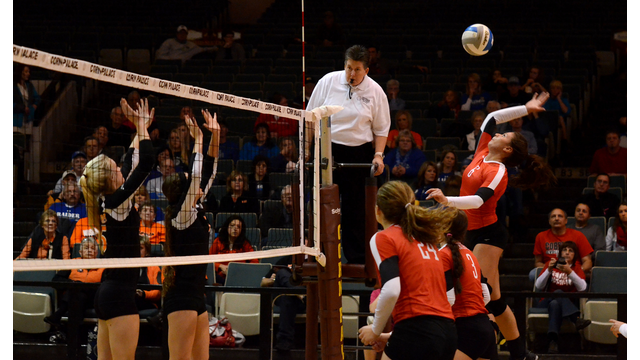