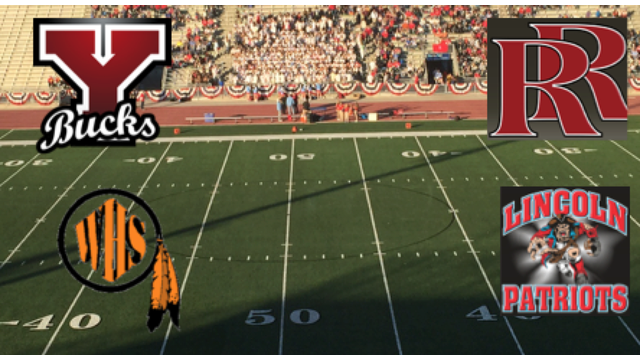 The Warriors scored first when quarterback Jack Schelhaas connected with Ty Smith for a 6-yard touchdown. After the successful two-point conversion, Washington led Yankton 8-0 with 6:05 to play in the first quarter.

Washington got the ball back after a Yankton fumble on the ensuing kickoff. On a third and 41, Schelhass found wide out Logan Eckhoff for a 54-yard touchdown. The Warriors led the Bucks 15-0, and that score would stand through the first quarter of play.

With 10:42 to play in the half, Washington quarterback Schelhaas found wide out Logan Uttecht for a 28-yard touchdown pass. This extended the Warrior lead to 22-0.

Yankton got on the board at the 5:32 mark in the second quarter when Sheldon Gant ran it in from 7-yards out. Washington answered right back with Schelhaas finding Smith for a 9-yard touchdown pass with 2:14 left. At halftime Sioux Falls Washington led Yankton 29-7.

Yankton got on the board first in the second half of play when Tanner Frick ran in a 7-yard touchdown with 7:39 to play in the third quarter. The two-point conversion was no good, but it was cut down to a two-possession game with Sioux Falls Washington leading 29-13.

The Warriors answered right back after a 4-yard quarterback keeper capped off a long drive. Washington led 36-13 through three quarters of play.

Gant of Yankton broke towards the goal line on a 14-yard run, but fumbled. Another Bucks player, Syd Boots, recovered the ball in the end zone for a touchdown. Washington still led Yankton 36-19 with 8:30 to play.

The Warriors put the nail in the Bucks coffin with 2:11 left in the game, courtesy of a one-yard quarterback keeper from Schelhaas. Yankton failed to score again, and it was the Warriors getting the victory over the Bucks 43-19.

The Roosevelt Rough Riders defeated the Lincoln Patriots 49-7 on Saturday night at Howard Wood Field. This loss snapped the 24-game win streak for the Patriots, and it’s their first ever loss in the 11AAA class.

Roosevelt got on the board first after a missed punt by Lincoln gave the Rough Riders great field possession early in the game. It was a 5-yard quarterback keeper by Jett Thune that gave Roosevelt a 7-0 lead with 8:22 to play in the first quarter.

With 1:21 to play in the quarter, Thune found wide out Jamal Albousafi in stride for a 53-yard touchdown. At the end of the first quarter, Roosevelt led Lincoln 14-0.

Roosevelt’s Thune found running back Tyson Jahn for an 18-yard swing pass that went for a touchdown. At the 5:52 mark in the second quarter, the Rough Riders led the Patriots 21-0. That score would stand going into halftime.

Quarterback Thune got the Rough Riders going in the third quarter when he scored on an 11-yard run at the 10:18 mark. Thune’s quarterback keeper gave Roosevelt a 28-0 lead over Lincoln.

The Lincoln Patriots offense continued its struggles, as they were unsuccessful on a fourth down conversion. On the very next play, Roosevelt scored off a 50-yard touchdown run by Jahn. The Rough Riders led the Patriots 34-0 with 6:41 to play in the quarter.

With three minutes to play in the third quarter, Thune found wide out Tyler Van Voorst for a 13-yard touchdown connection, which extended Roosevelt’s over Lincoln, 42-0.

Lincoln got on the board with 9:50 to play in the game when quarterback Cole DeBerg found receiver Lee Ransom on a 19-yard corner end zone fade route. Roosevelt now led the Patriots 42-7.

Nathan Varns, a second string running back for the Rough Riders, kept the momentum with the maroon and gold. He ran in an 18-yard sweep with 3:04 to play to make it a 49-7 game in favor of Roosevelt. That score would go final, giving Lincoln their first ever loss in the 11AAA class. 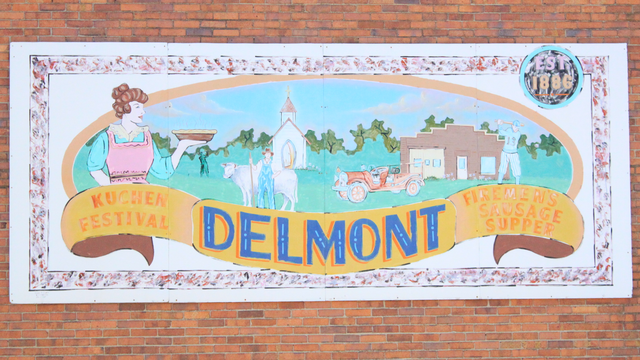 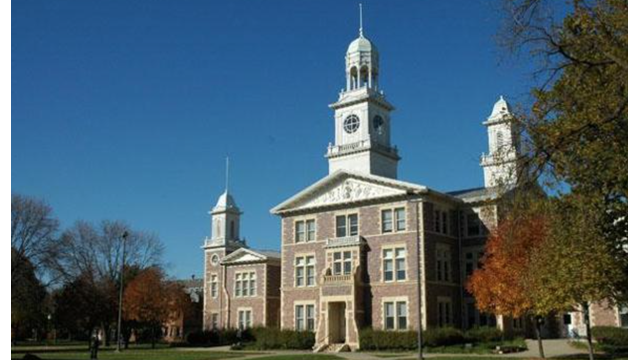