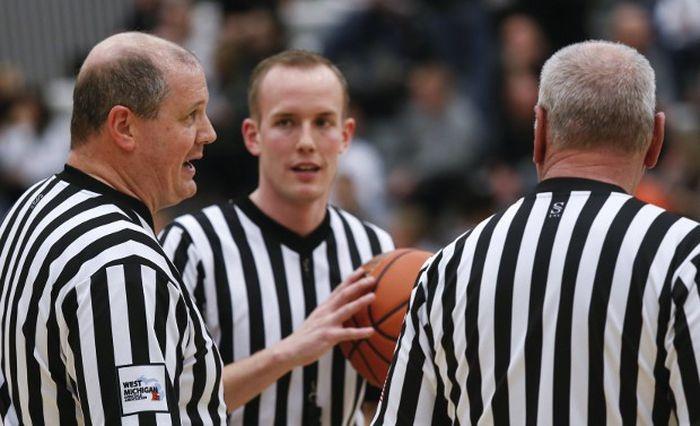 No matter what state you live in, there's one problem that has seemed to remain consistent - official's, referee's and umpire's have to endure a lot from spectators at high school sporting events.

A bill was recently introduced by the Wisconsin state legislature to better protect its sports officials from unruly fans, coaches, and parents. This bi-partisan bill, if it becomes law, would make the harassing of officials, specifically at the high school level, a criminal misdemeanor.

What does this mean? By Wisconsin law, a Class A misdemeanor has a maximum punishment of a $10,000 fine and nine months in jail. The bill verbiage also mentions that a violation could carry up to 40 hours of community service work and mandatory counseling as well.

In an interview with Megan Hart of Wisconsin Public Radio, bill co-sponsor State Representative Don Vrunwink, who has been an official himself since the 70’s, said the shortage of officials in sports today is directly linked to the behavior they have to endure from spectators.

“If we allow high school sports to die away because we don’t have officials, we lose those chance to teach life lessons,” said Vrunwink. “If sports officials are verbally abused or physically threatened when they are just starting out, they are likely to quit the job and never come back.”

“This behavior is reaching a tipping point and examples of it are everywhere,” Swartos said. “We lose dozens of officials every year because they are sick of being verbally abused by adult fans. Confrontations between parents and coaches are commonplace. If these trends continue unabated, the changes in high school sports as we know them today will be seismic.”

Right now, 24 states have some sort of protection in place for their high school and/or youth officials.

Wisconsin currently has a law that labels the harassing or striking of someone as a Class B misdemeanor, which only carries a $1,000 fine.

For South Dakota, while there’s no official ‘referee law’ in place, there are other state laws that could be used to protect a referee in the event that something was to happen. Still, the fact that state's are passing laws to protect its refs from high school fans is eye opening to say the least.