Please CLICK OR TAP ON THE 'PLAY BUTTON' in the middle of the image to view the live feed.

On Saturday, 28 August, 2021, Vietnam Veteran and former Prisoner of War (POW) Col Robert Certain, USAF (Ret) will be featured in a live, streaming Q&A.  The moment is part of the award-winning historical documentary series produced by Old Guys and Their Airplanes (OGTA) and the Distinguished Flying Cross Society (DFCS).

On 18 December, 1972, Certain became the first American to be captured after his B-52G Stratofortress bomber was shot down on the opening night of Operation Linebacker II, the code name given to the successful (but costly) bombing of strategic military targets near Hanoi, North Vietnam.

Linebacker II played a crucial role in bringing the Vietnam War to an end for American forces in that it convinced North Vietnamese leaders to resume stalled peace talks.  Perhaps the greatest effect of the peace treaty was the release of nearly 600 American POWs, some whom had been in captivity for over eight years.

Col Robert Certain will describe his POW experiences as well as how he leveraged them to overcome PTSD and establish successful careers as a military leader, minister and author.

Certain is a recipient of the Distinguished Flying Cross (DFC), an award given for heroism in aerial flight.  DFC Society Chairman Woody Gilliland explains, “Our members have seen history up-close and personal in startling ways.  These OGTA events are a great way for us to promote these stories of U.S. airmen in combat, their dedication, courage and professionalism.   Bob’s story is especially important because it ties directly into the campaign that many people believe to have brought the POWs home.”

OGTA Producer and host of the Debrief event John Mollison stated, “The Vietnam War is valuable in its practical lessons and powerful stories. Every generation can look, listen and learn; Col Certain experienced powerful history but also has shown that the human condition can find peace in chaos.”

Museums, Educators, Group leaders and Veterans groups are encouraged to host “Watch Parties” to view the moment live and discuss.  Educator’s Kit resource materials featuring Certain’s life, service and Linebacker II will be available for download prior to the event.  Viewers who participate via the Military Tales YouTube channel and South Dakota Public Broadcasting streaming service will also have opportunity to send questions to Certain during the interview.

The event will be hosted and stream-sourced from Blue Skies of Texas retirement community (formerly known as Air Force Village).

South Dakota Public Broadcasting will be hosting live-streaming at: SDPB.org/OGTAdebrief

Col. Marty Mahrt recounts his experience of being shot down during the Vietnam War.

Brigadier General Charles McGee participates in a live online interview, Wednesday, September 2, 2020 at 11:00 am CDT / 10:00 am MDT. General McGee is one of the few surviving members of WWII’s 332nd Fighter Group, a unit of African-American military airmen formed during the era’s culture of unit-segregation by race.

The event will be streamed live on this page, and on a variety of platforms. Viewe 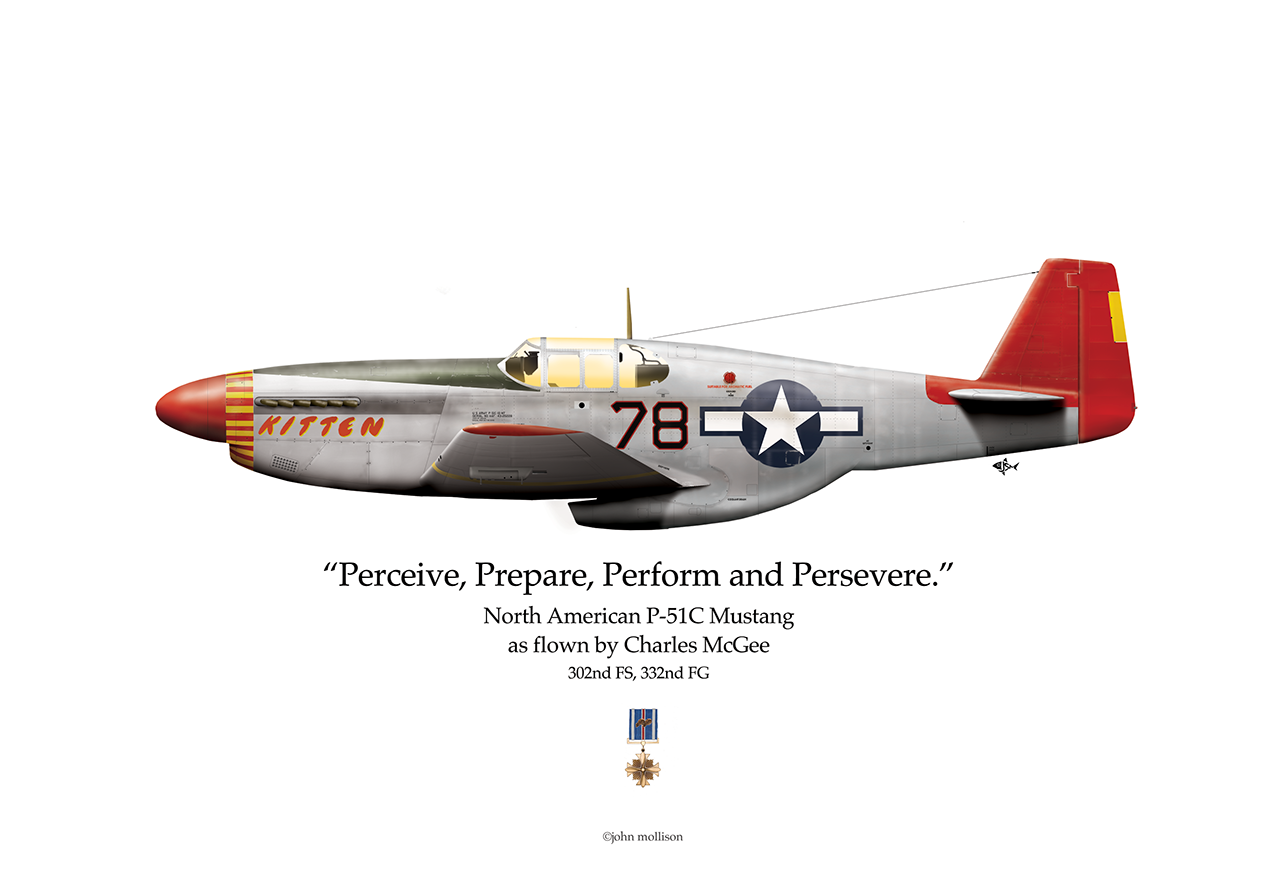 “Kitten” was a P-51C Mustang fighter plane flown by then-Lieutenant McGee while flying combat with the famous “Redtail Squadron” during WWII.

McGee flew combat from bases in Italy where he partook in tactical ground support as well as bomber escort missions. McGee is credited with an aerial victory over the German Luftwaffe. Later on, he retired from the USAF having accumulated an astounding 409 combat missions in WWII, Korean War and Vietnam War.