A "Haunted" Oz in Aberdeen

Do undead souls haunt the castle at the dead end of 2nd Avenue Northwest in Aberdeen?

Easton's Castle owner Tandy Holman doesn’t think so. The stories that have swirled around the Queen Anne style mansion are likely a product of the house’s isolation combined with its grandeur, and a reclusive former owner.

Named after the second family to own the estate, the castle sits in a small pocket of solitude in downtown Aberdeen — railroad switchyard to the south, the Fifth Avenue boulevard to the north. Pavement gives way to gravel several blocks before reaching the house, which is surrounded by a 20 acre forest of scrawny, brambly trees — species like buckthorn, honeysuckle, Russian olive and green ash.

The house was built in 1889 by New York transplant, hotelier and banker C.A. Bliss, who named the home O-TE-LA. Bliss ran into financial troubles, and Carroll Francis Easton, a banker also originally from New York, obtained the house in 1893. Easton was an avid arborist, who helped make Aberdeen a wooded town on the formerly treeless prairie. His passion for trees is evidenced by the thick forest surrounding the castle. The din from the thousands of birds that light on their branches is Hitchcockian.

The house came closest to a brush with immortality during the Bliss years, thanks to writer L. Frank Baum. The Wizard of Oz author lived in Aberdeen from 1888 till 1891. The Bliss family were known to host parties, and Baum was a frequent guest. In 1890, he wrote in the Aberdeen Saturday Pioneer of an occasion when, “As the guests roamed through the elegantly appointed and well-furnished rooms they could not forebear uttering exclamations of surprise at the novel sights that met their gaze on every hand.”

Baum married Maud Gage, whose mother was the prominent suffragist Matilda Joslyn Gage. Many believe that Gage’s writings about an ideal, egalitarian matriarchate, or defending witches as oppressed women who had “penetrated into some of the most deeply subtle secrets of nature,” heavily influenced Baum’s world of good witches, all-girl armies and a utopian social order. Baum did frequently argue for suffrage and women’s rights as editor of the Saturday Pioneer.

Around Aberdeen, another Matilda Gage is credited with inspiring some of the imagery of the Land of Oz. Matilda Jewell Gage, granddaughter of Matilda Joslyn Gage and niece of L. Frank Baum, lived on Third Avenue Southwest, at the bottom of West Hill, where Easton’s Castle stands. The berm made for the railway switchyard, and the forest started by the Eastons, wouldn’t have obscured her view of the mansion on the hill in the years when Baum lived in Aberdeen. Matilda was an explorer and storyteller, and many believe, the inspiration for Dorothy.

There are a couple theories on what particular wellspring Baum drew the fantastical architecture of Oz from. One theory is that Baum modeled Oz after The World's Columbian Exposition, held in 1893 in Chicago, — particularly from the Exposition’s “White City,” a series of gleaming white neoclassical buildings with decorative cupolas and fancy lattice work. The theory is plausible. Baum not only attended, his first (failed) business venture in Aberdeen was a small bazaar modeled on the aesthetics of the Expo.

A more localized theory around Aberdeen is that Matilda Jewell Gage would regale her uncle with descriptions of her wanderings around Aberdeen — of the beauty of the open prairie, and the emerald house on a hill she could see from her own. According to this school of thought, Baum’s “Kansas” is a remembrance of the prairie — and a girl who loved it — as Baum wrote the Oz series from Chicago. Brown County sits in a tornado alley, much like the Kansas Baum could only imagine. The words, “There’s no place like home,” proponents say, pine for Aberdeen.

There’s no written proof that Matilda Gage ever looked at Easton’s Castle as an enchanted emerald castle on a hill. The theory is plausible though. Why wouldn’t a precocious young adventurer see something magical in that house on the hill. The house was bricked over by the Eastons in the early 19-ots (with yellow brick, of course). But during the years Baum spent in Aberdeen, the house’s wood exterior was reputedly painted emerald green. A conical cupola, since removed, pierced the clouds above the plain.

The ghost stories began during the years that Russell Easton (1884-1965) lived in the castle alone. Easton wasn’t always a hermit. An Aberdeen City Engineer and businessman, Easton was an avid ice skater, and started the annual Carnival of Silver Skates pageant, still ongoing, in nearby Groton. After he and his wife divorced in 1945, he became reclusive. He had a few artist friends and the ice skating club, but mostly he kept to himself. A house that had been host to many parties became hermetic. Rumors swirled. Kids in town would sneak around in the woods and Easton was said to shoot salt pellets at them with his shotgun.

Two years after Russel Easton died in 1965, a veterinarian named Sam Holman, his wife Jacintha and family bought Eaton’s Castle and moved in. Holman ran his veterinary practice at the house. He built a drainage system that trapped water from contiguous marshland into a castle moat. Jacintha (Jack) had reproductions made of antique wallpapers she found among reams of ephemera and created beautiful tile mosaics celebrating prairie wildflowers. Their son Nathan Holman created a series of paintings of terrifying clowns that seem prescient today.

Dr. Holman was known for his skills as well as his gruff manner. Tandy believes he suffered from PTSD after serving at Iwo Jima as a Navy medic, and that’s what drove him to practice for 58 years. “He couldn’t have lived without doing something,” Tandy says.

Socially and politically he was an outlier in the community and wasn't shy about it.

Tandy and Margaret Holman inherited their parents' iconoclasm, and have lived in New York (the house seems to exert a connectedness with New York) and other places, but now live in the house where they grew up. They are currently working with some neighbors in the Easton’s Castle/O-TE-LA Conservancy toward a goal of conserving the Castle as an Aberdeen treasure. (The sisters don’t own the Castle outright).

“Our ultimate goal is to refurbish it and be able to open it to the public for eternity,” says Conservancy President Mary Jo Maxwell.

Until then, the sisters feel the place will need a revenue stream, so they have developed a primitive campground. Visitors can pitch a tent in the woods beneath the castle, among the occasional rusting hulk of a Holman family automobile or antique baler, and use cell phones to shoot their own found footage horror film. A resident owl helps seal the ambience. The neighborhood deer love munching on the mineral-heavy green ash.

The place does have a mystique like a corporeal Oz. It seems to exert a pull on Aberdeen outsiders — reclusive ice skaters, artists, suffragists, fantasists — a place where people who might not always feel at home can and do. And you know what they say about home. 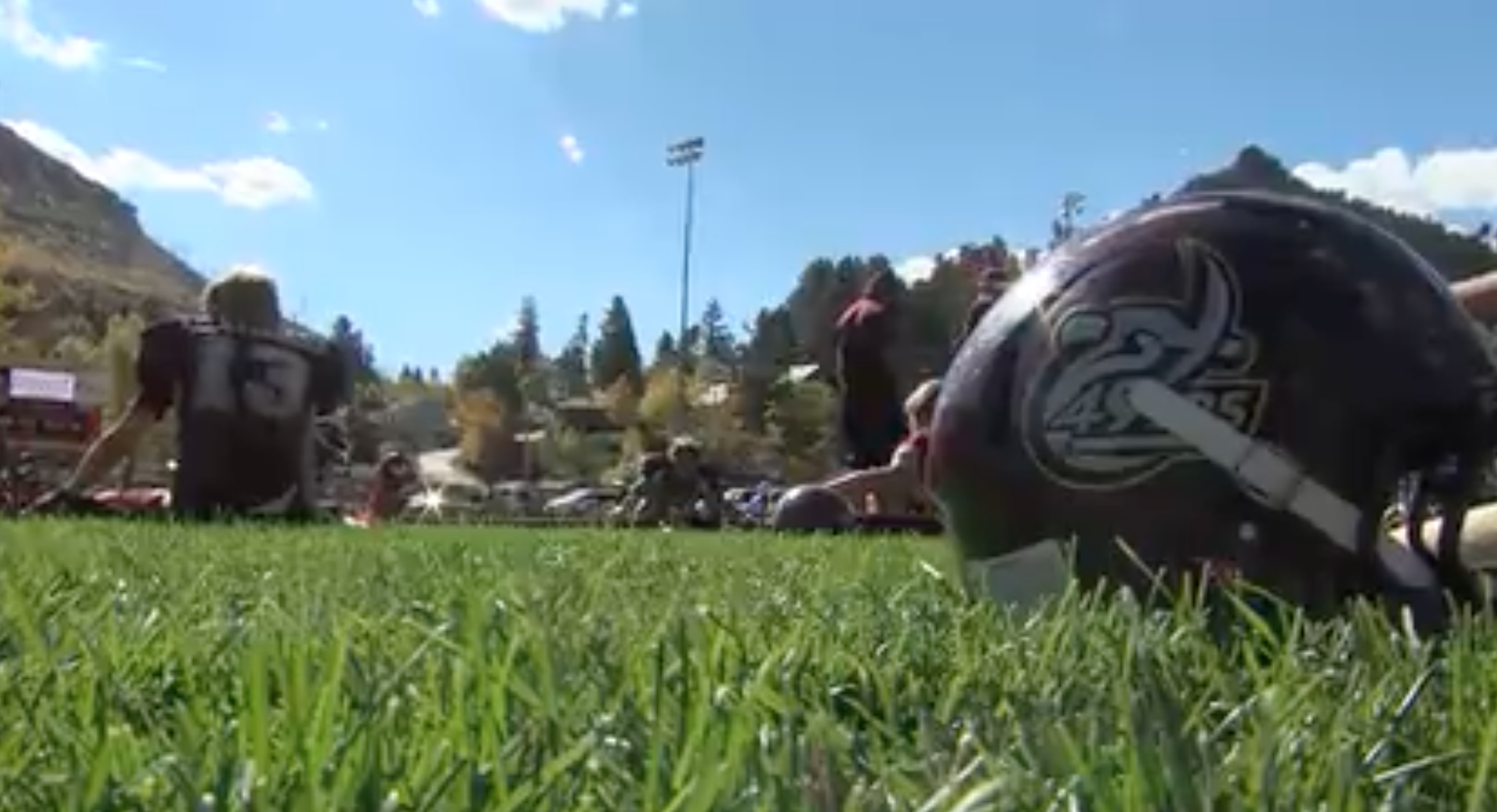 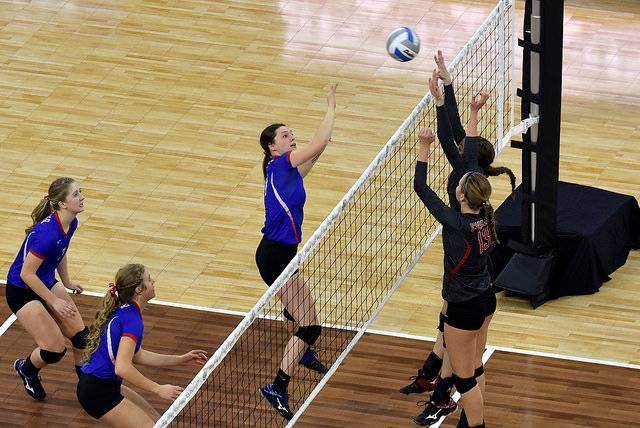