Sioux Falls on Tap: A Sit Down with Fernson Brewing Co.

Fernson Brewing Company is a young craft brewery based in Sioux Falls. Even if you haven’t made it to their brewery off of N. Cliff or their downtown tap room on 8th, you might have noticed their signature cans with the clean, upbeat design and the gentleman with the feather in his hat.

Your SDPB Arts & Culture correspondent stopped by the tap room to talk with owner/brewers Derek Fernholz and Blake Thompson — Sodak natives both —  about the suds game, those cans and the locally-made movement in SF. 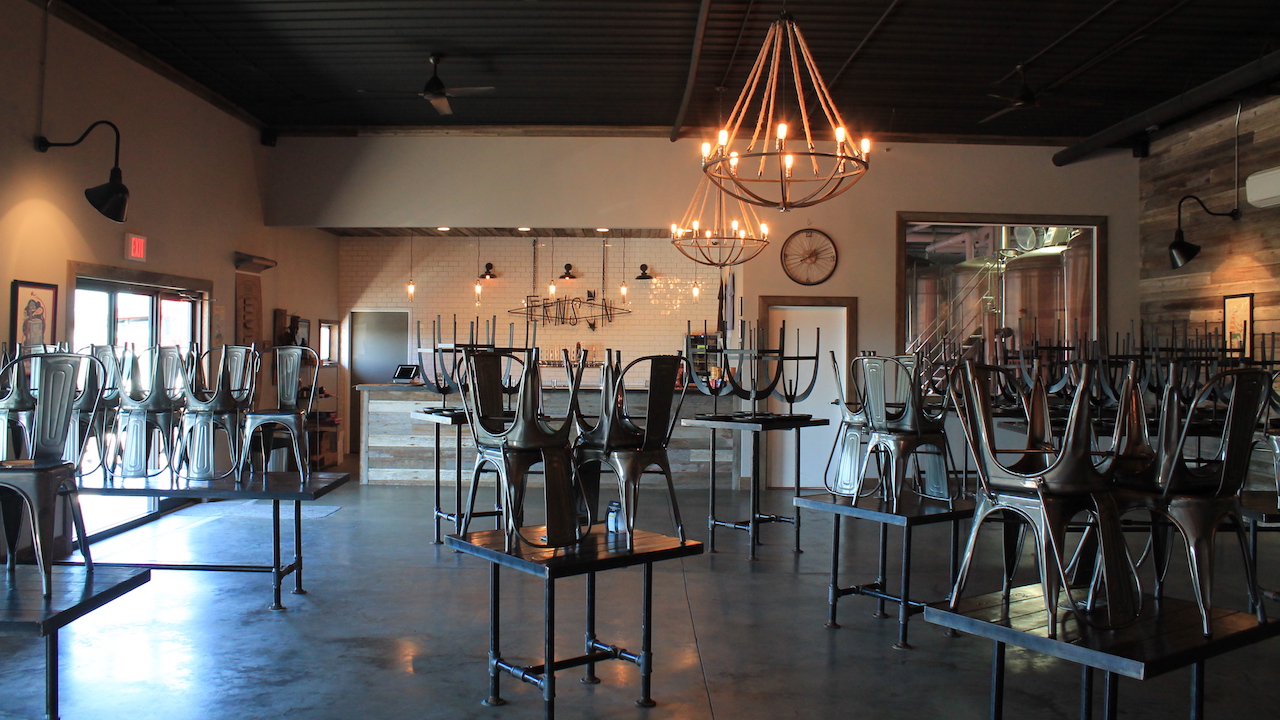 On starting up in Sioux Falls.

Derek Fernholz: We kind of just jumped into this with both feet. I was a home brewer [from a software engineering background by trade] that kind of got obsessed with my hobby, read everything I could.

Blake Thompson: I started off in the wine industry in Napa and went to brewing school, and then I worked at a small brewpub called Bitter Esters in Custer.

DF: We brewed our first batch in February of 2015. Our plan is to release two or three more cans between now and this time next year.

We’re mostly distributed just here in South Dakota and Northwest Iowa now, but we’re working on expanding that. We want to take care of home first, so we’re really focused on the southeast corner of the state and radiating out from there. We want to be sure we can deliver fresh product, so it’s just a learning curve thing for us — how logistically to ship a beer that isn’t filtered or pasteurized [further] away.

DF: Most of our grain comes from Shakopee, Minnesota. That’s where the nearest malting facility is. They get their barley from sources in Minnesota and North Dakota and Idaho. There’s a few [local] growers — one down by Worthing, Cradle to Grave Farms. They built a malt house down there and they’re growing some barley, so hopefully they’re going to be our local source by next year.

Our hops for the most part come out of the Pacific Northwest, but we do a fresh hop beer every year and all of the hops come from a farm about seven miles from here. We’re trying to do more of that. Our water is amazing Sioux Falls water. We had an intern from Augustana this summer that worked on isolating some native brewing yeast, so we have about six different strands that we’re starting to play with that are completely local to here and they’re found wild here. 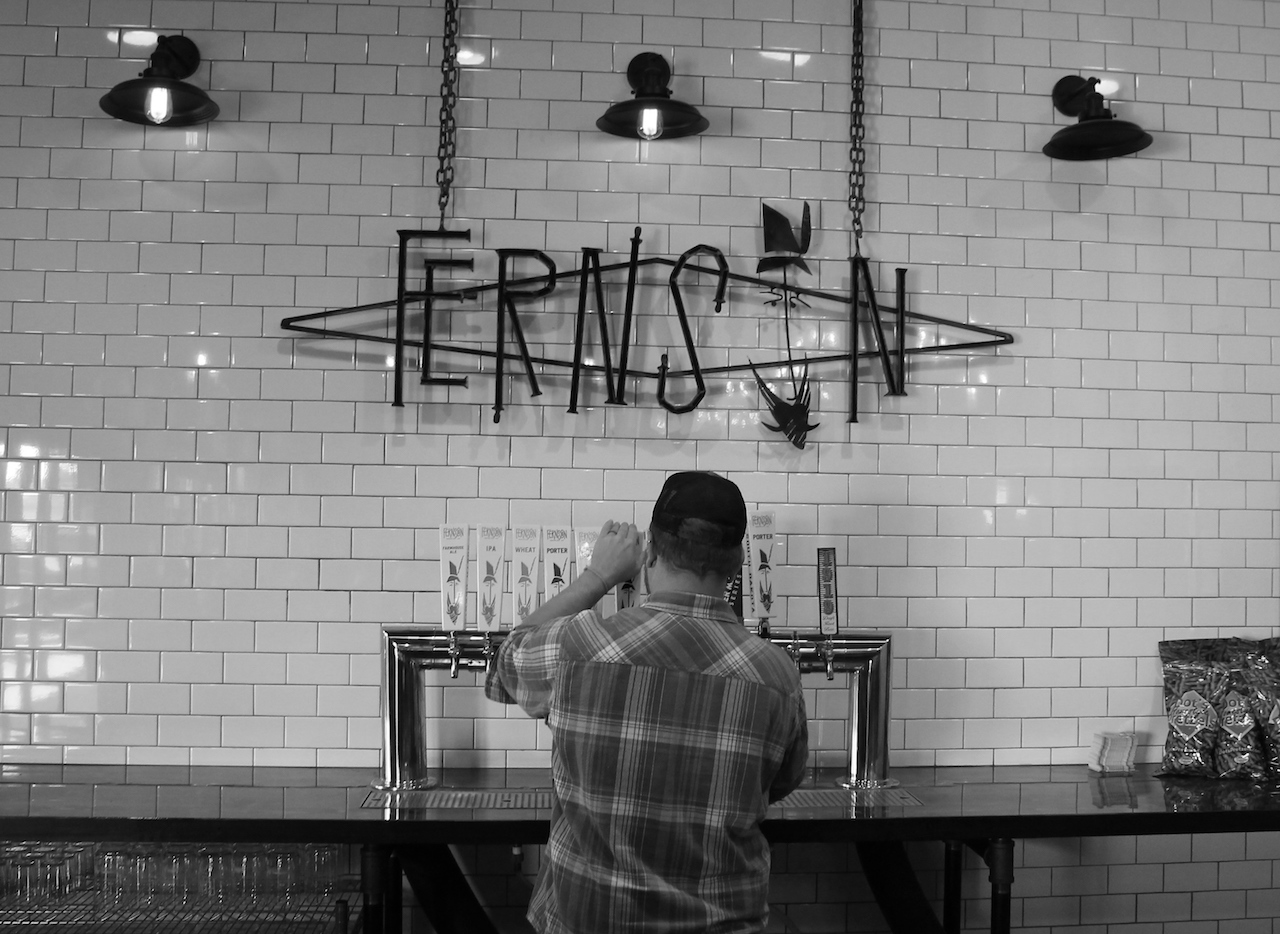 DF: We love cans. Cans are infinitely recyclable. They weigh less, so you can ship more. It saves on fuel consumption, saves money and the environment. The big thing we love is the cans are better for the beer. Think of a can as a micro-keg. Once it’s sealed nothing — light, oxygen, anything — is getting in and nothing’s getting out. No matter how good that seal is on a bottle, it’s metal crimping the glass, there’s always micro-holes. And no matter how dark, unless the bottle is completely opaque, UV rays will get through. So over time it’s going to change its flavor.

We’re going to do bottles but it’s going to be a special thing, large format, meant to be shared. Our barrel-aged Farmhouse is aged four to six months in red wine barrels. That one will come to bottles soon.

People in the 22-25 age range have grown up with craft beer in cans now and they’re used to finding the beer they love in cans. But there’s still a lot of people that grew up with only terrible or cheap beers that were always in cans so they have that mentality of: cheap beer in cans, good beer in bottles. We’re seeing that change over time. 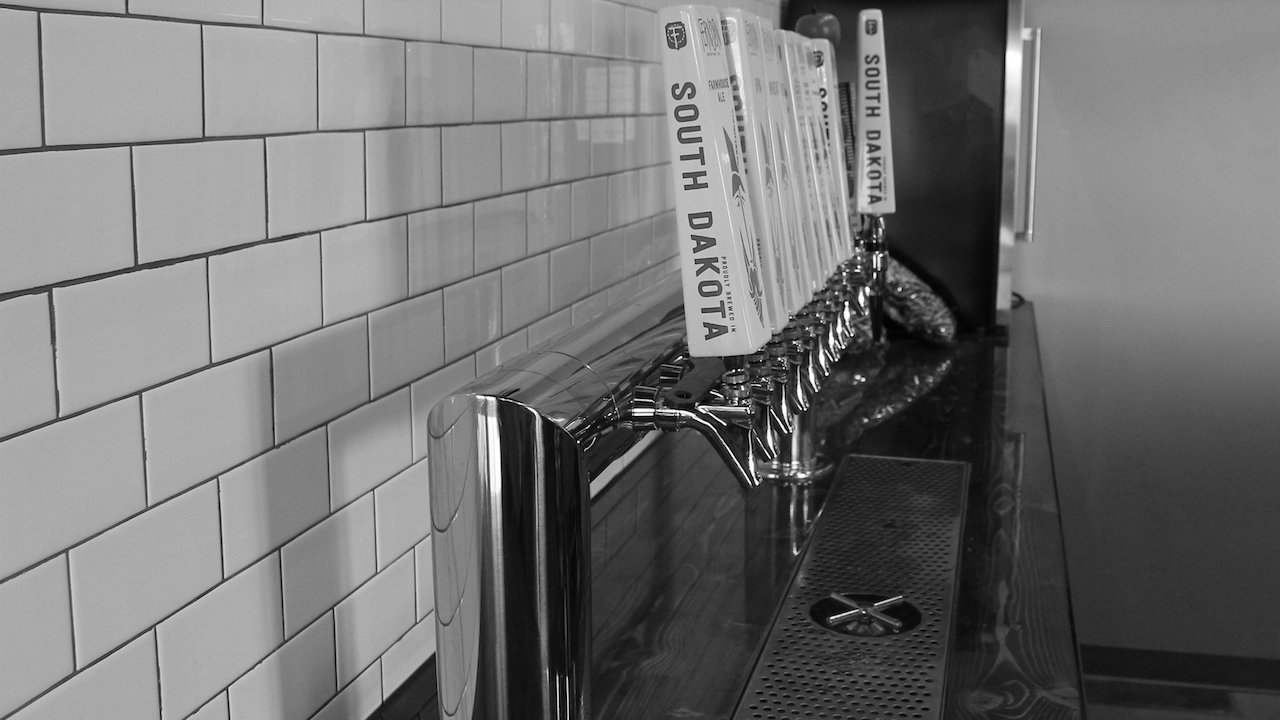 On their graphic identity and the guy with the feather in his hat.

Fernson is an amalgamation of our last names — Fernholz and Thompson. But we like the idea of having a fictional character called Fernson that we tell our story through. In developing him, we’re both Lord of the Rings and Tolkien fans, so we were thinking of a wandering sort of sage, Gandolf-esque type person, and tied that into a German guy with a feather in his hat.

In our minds, [the can] looks like it could have been a beer can fifty years ago but it exists today. We think it stands out on the shelf. You see across the country that nobody’s staying in that box of what a traditional beer looks like anymore.

On the main tap room design.

It sort of just happened out of elements that we liked. We had a good source for the black steel pipe, so we thought we could use those for table bases. Blake’s uncle is an amazing metal worker, so he welded the frames. He also did our Fernson face logo [behind the bar] here, and downtown he did a pretty cool one there as well. The tables had this industrial type aesthetic, so we found tables and chairs that involved that.

We love the look of barn wood and we were fortunate enough to find an entire, 100-plus year old barn that had just been taken down in the middle of Nebraska, so we bought the whole thing and got the wood up here. It turned out really well and it’s probably the biggest compliment we get when people come in. You have this warm but industrial looking tap room and people really enjoy it. For the lighting design we knew we wanted some Edison bulbs exposed to elements for that kind of warm feel. Nancy from Mahlander's Appliance and Lighting here in town came out and hand-picked all of the light fixtures and they fit the space perfectly.

On the new pub in downtown Sioux Falls.

We just kind of had that opportunity fall into our laps last winter and we loved the idea of being a bigger part of downtown Sioux Falls which is kind of the heart of the city these days. We do live music from time to time, trivia nights, open mic nights, stuff like that. It’s Fernson beer on tap but we also have curated wine donors as well. Next door is a bread bakery and pizzeria so people can get food down there. Both places we have an open policy if you want to bring it with you, we just love people to come and try our beers and if they want food to be a part of that why not.

On the locally-made stuff scene in Sioux Falls.

We’ve embraced it wholly. We’re smaller in Sioux Falls, but percentage-wise we have just as many people doing cool things. We’ve got everything from String Theory Luthiery making violins and guitars that are musical instruments and works of art, The Breaks Coffee Roasting doing artisan, small-batch roasted coffee, to our restaurant scene downtown with independent operators like Bros Brasserie, M.B. Haskett and Mama’s Ladas making amazing artisanal food and sourcing locally when they can, to Breadico making long-fermented, all-natural bread. And that’s just scratching the surface. Sioux Falls has a ton of people making amazing things. 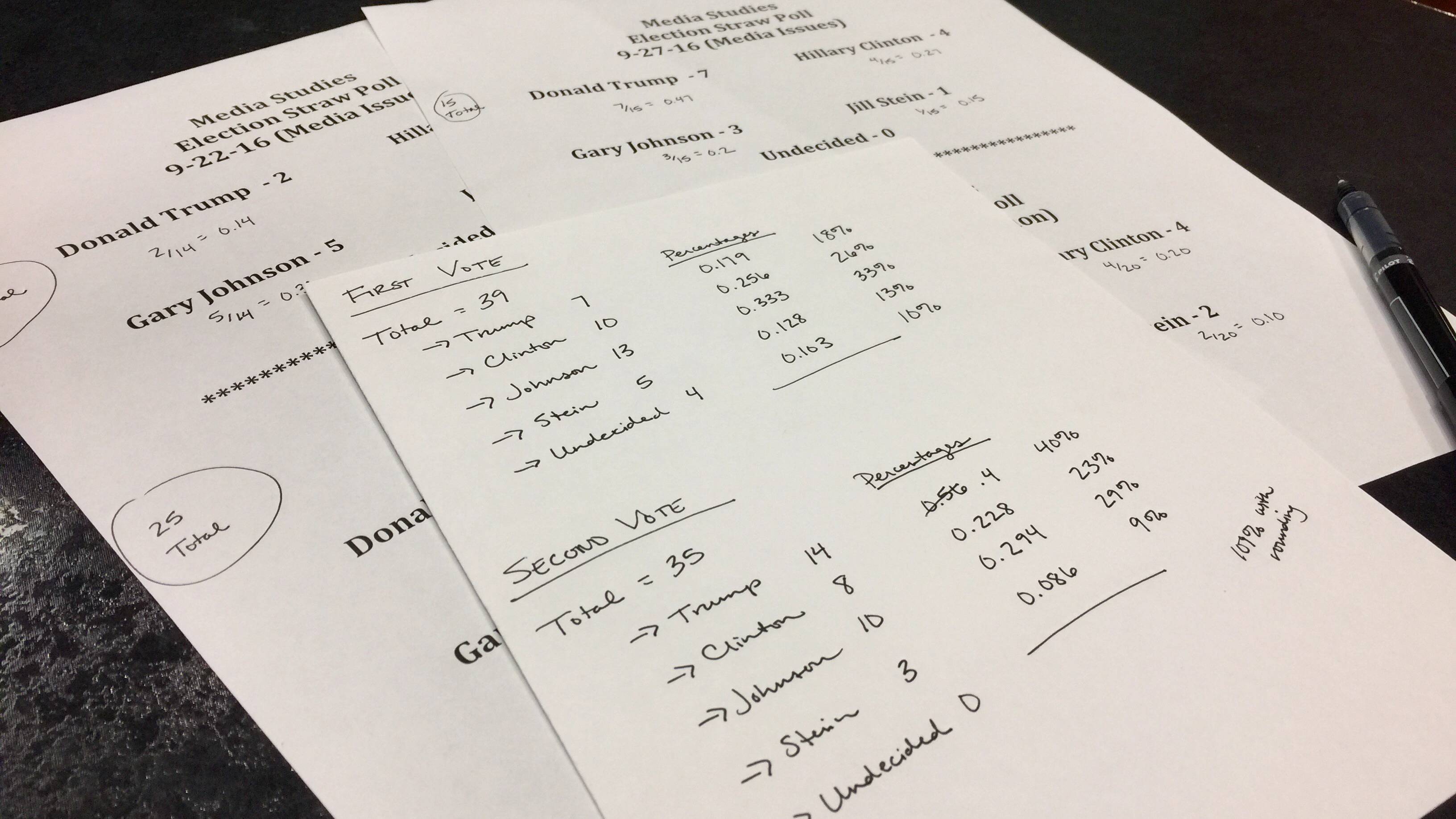 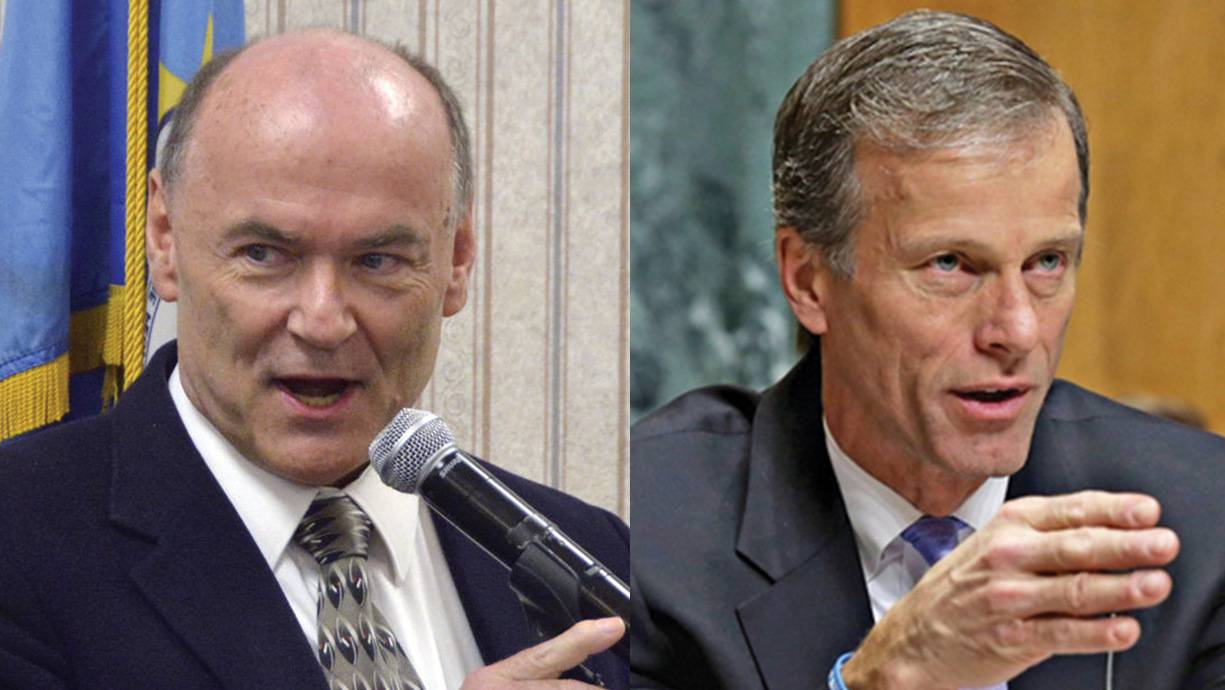