If you’ve spent any time in downtown Chamberlain, you may have noticed the marble animal sculptures on Main Street — a fox, and a pair each of eagles and squirrels — outside the Chamberlain City Pool and on either side of the Avenue of Flags. There's also a lone eagle at nearby American Creek Campground, and one more ended up ninety-or-so miles away at the Karl E. Mundt National Wildlife Refuge.

These critters are actually expatriates. Their original home was on a Missouri River Atlantis called American Island — a once-popular island park lost to Lake Francis Case. The sculptures were commissioned by the Works Progress Administration during the 1930s.

The original set included at least one rabbit and reportedly a fawn.

Archival postcards show the animals in a picturesque forested setting with a stone walkway.

Before its submersion American Island was situated between Chamberlain and Oacoma. The island — about two miles long and a half mile wide — was known for its cedar groves, cottonwoods, wild berries and birds. Lewis and Clark’s Corps of Discovery were in the area when Clark wrote in his journal entry for September 16, 1804 that “Capt Lewis went on an Island above our Camp, this Island is abt. one mile long, with a Great purpotion ceder timber near the middle of it.” According to local histories, fur traders who built a post here in 1811 called it “Little Cedar.”

The German naturalist Prince Maximilian of Wied encountered the island on his 1832 journey up the Missouri with artist Karl Bodmer. “On the steep banks of this long, narrow island which lies near the southwest bank, there were thickets of poplars, willows, and buffalo-berry,” he wrote. “The rest of the island is covered with a dark forest of red cedars, of which we immediately felled a goodly number. The notes of numerous birds were heard in the gloom of the cedar forest, into which no ray of sun could penetrate. Here, too, we found everywhere traces of the elks and stags, and saw where they had rubbed off the bark with their antlers.”

John James Audubon called it “Great Cedar Island” and found an “abundance of dwarf wild-cherry bushes in full blossom,” when he explored the Missouri aboard the American Fur Company’s steamer Omega.

Of course, Native American people had likely frequented the island for centuries. An unattributed postcard in the collections of the Cozard Memorial Library in Chamberlain says that Brulé band Lakota chief Čhaŋté Wicuwa, also known as Useful Heart, lived on the island until 1889, when Congress divided the Great Sioux Reservation into smaller separate reservations.

After partition, the federal government donated the island to the city of Chamberlain to develop as a public park. A ferry service was established to carry visitors. Then a pontoon bridge was built across the river in 1893. The Milwaukee Road rail line crossed the river and the island in 1905.

By 1913, the Island park was hosting programs on the Chautauqua circuit. The Pierre Weekly Free Press, apprising readers of a Chautauqua scheduled for July 5-10, 1913, said that “the island has been put in fine shape and is one of the beauty spots of South Dakota.” The Chautauqua adult education movement brought stump speeches on a wide range of topics, as well as entertainment, to public gatherings around the country beginning in the late nineteenth century, until it ran out of steam by the time America entered World War II. Three-time presidential candidate and prolific orator William Jennings Bryan — probably best remembered for his role in the Scopes Monkey Trial — was a fixture on the Chautauqua circuit and reportedly once spoke at American Island.

The Chamberlain Highway bridge brought US Highway 16 across the river via the island in 1925. That same year, according to the 1938 Federal Writers' Project Guide to South Dakota, “a reenactment of the Custer massacre was staged on American Island to feature the completion of the bridge. About 5,000 Indians took part, and just as they were the first to cross the river before the white men came, they were also the first to cross the new bridge. Dressed in full Sioux regalia, they presented an impressive spectacle as they marched with moccasins tread, bells tinkling at every step, gaudy war bonnets flashing a half-dozen colors in the sun… Also aiding in the sham battles were 250 soldiers from Fort Meade. The performance was staged on hills across from the island where seats were provided for 15,000 people in a natural amphitheater; approximately 35,000 witnessed the performance.”

Local Boy Scouts built a log cabin on the island some time in the 1920s or 1930s, and named the cabin after Useful Heart. During the Depression years, the South Dakota branch of the Civilian Conservation Corps (CCC) established a WWI veterans camp on the island to build a bathhouse, cabins and do other improvements. Later, WPA workers added landscaping work and installed the sculptures, which seem to have been popular among guests, who often had their pictures taken with the animals.

At one point wild turkeys were introduced to the island, then moved to Custer State Park, according to a reminiscence written by a local, the late Gil Johnsson. The island — which had a swimming pool, bandshell and small race track — was a popular destination for Boy and Girl Scouts from around the state, tourists, and locals well into the 1940s. A 1943 flood inundated the island, the sculptures were moved to Chamberlain, and the island never quite recovered. Another flood in 1947 didn’t help. Then the Pick-Sloan Plan ended the American Island story with the Fort Randall Dam in 1953.

The railroad and highway bridges that spanned the island were rebuilt to accommodate the creation of Lake Francis Case. The new Highway 16 crossing (now called the I-90 business loop) was actually built by floating the Wheeler/Rosebud Bridge — formerly near Fairfax — seventy miles up the river in sections, and combining it with the Chamberlain bridge, which was also moved a short distance. Three pilings from the old Chamberlain bridge still rise from the river.

The missing American Island sculptures are something of a mystery. They may have been damaged and ended up as landfill, or possibly stolen. If anybody knows of one, feel free to drop your SDPB Arts & Culture correspondent a line. 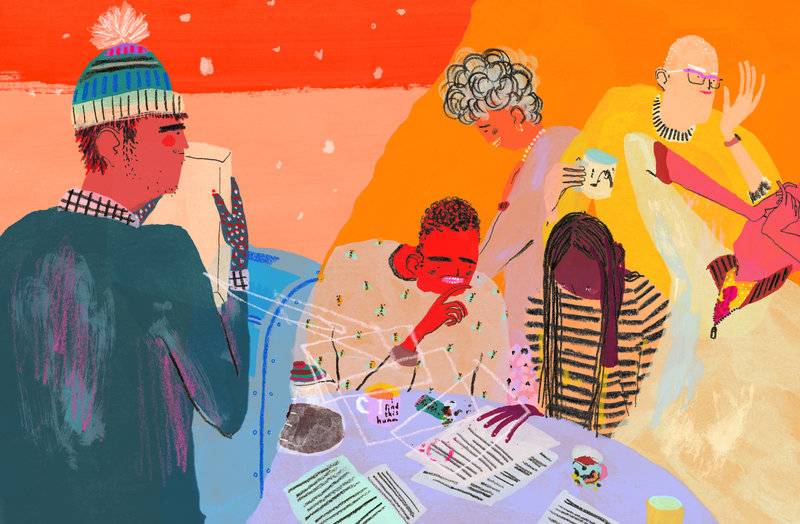 previous Post
Learn
What The People Who Read Your College Application Really Think
by laura dimock
•
next Post
Sports and Recreation
Four Classes Of High School Basketball In South Dakota? It's Possible...
by nate wek
•
next Post 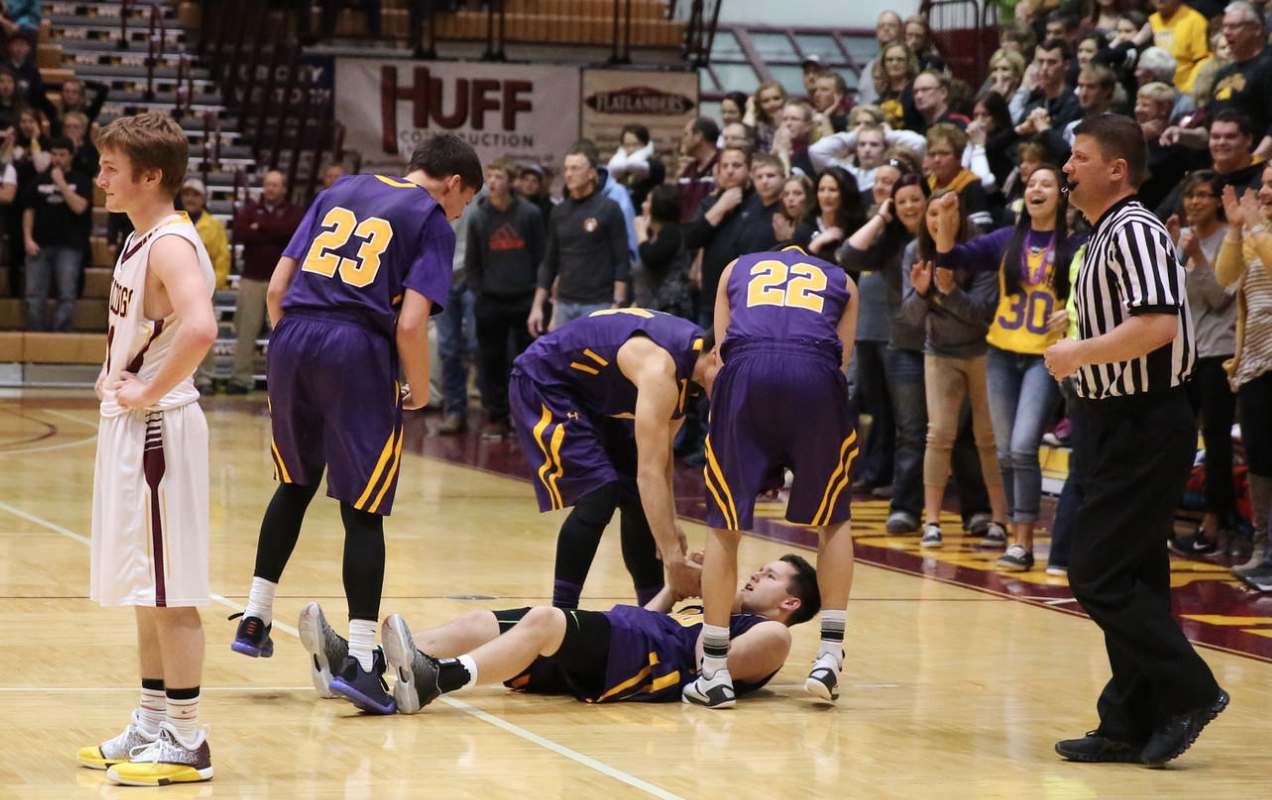