The Buffalo Soldiers and the First Dakota Five-O

If you happened to be working the butte country of Southwestern South Dakota in July of 1897, you might have spotted an unusual site: the first organized American mountain biking expedition. The soldiers of the 25th Infantry US Army Bicycle Corps were on their way from Missoula to St. Louis, a 1,900 mile expedition designed to test the idea of bicycle-as-combat-vehicle.

On July 2nd, the buffalo soldiers — the colloquial name given to segregated all African-American military units — covered fifty-four miles between Clifton, Wyoming and Rumford, South Dakota.

Blogger and Wyoming middle school social studies teacher Mike Higgins has compiled a day-by-day travelogue from contemporary newspaper stories and Moss' journals. E. H. Boos, The Daily Missoulian's embedded reporter wrote that: "At S & G, the first station in Dakota we filled our canteens with some of the worst water we had yet used. From the latter place to Edgemont the road, mostly sand, made very hard traveling. At Edgemont we stopped for lunch and departed soon after. Struggled against dust, heat and vast fields of prickly pear that morning, stopped in Edgemont for lunch, and departed soon after. Good roads, although hilly, were met, we were able to go at a good rate and were at Rumford, 16 miles from Edgemont before sundown."

The Corps crossed into Nebraska the following day, reaching Crawford as "the Fourth of July celebration was at its height," wrote Boos. "The town was full of people and the corps was given a hearty welcome." After they were dined and entertained by revelers and soldiers from nearby Fort Robinson, the corps "left the town, passing through the big crowds on the main street amid loud cheers." They camped that night in Belmont.

Their time in South Dakota had been strenuous and short. Good drinking water was hard to find. Wheels sunk deep in dust on sun-parched ruts, and on reaching Rumford, "a section hand... advised us that the nearest camping place was at a ranch a mile and a half further on," wrote Boos. "We started out and traveled five miles before reaching the ranch. A madder set of men never lived than the bicycle corps when we finally did get a camp.”

Only forty-eight of their 1,900 miles unwound across South Dakota, but that forty-eight miles prefigured the Dakota Five-O by a century or so.

The invention of modern mountain biking has been attributed to 1970's California, though "rough-stuff" riders clubs proliferated through parts of England and France post-WWI, inspired in part by pioneering writer-cyclists at Britain's Cycling magazine, like Walter MacGregor Robinson — himself a WWI veteran — whose "Wayfarer" columns inspired others to off-road. When it was founded in Leominster, England in 1955, the still-riding Rough-Stuff Fellowship may have been the world's first non-military club founded specifically for wheelmen prone to "traverse the rougher and less beaten ways."

Various off-the-beaten-pathfinders in the US and Europe had modified and even built bikes for off-roading in the 1950's and 60's, but the first purpose-built mountain bike prototypes to go commercial were borne out of the Marin County, California "Repack" racing scene of the 70's, starting with Mountain Bike Hall of Famer Joe Breeze's "Breezer" models. In 1983, the Trek company of Waterloo, Wisconsin introduced it's first mountain bike model, the 850, and the era of mass-produced mountain bikes began as Gen Xers expanded on the young subcultures growing up around teamless wheeled sports. Today, towns with terrain build trail systems to compete for the mountain bike economy.

Cycling was already enormously popular in late-nineteenth century America and Europe, but bicycles weren't generally thought of as all-terrain vehicles. European militaries experimented with bicycle units with mixed results. The longest-lived was the Swiss Cycle Regiment, founded in 1891 and retired in 2001, though the Swiss haven't been known for military adventures since the fall of Napoleon Bonaparte.

In the US, General Nelson Miles was keenly aware of European experiments and an outspoken advocate for the metal mule. "The bicycle requires neither water, food nor rest," he wrote. "The rider may push to the top notch of his own endurance without thought of his steed."

When Second Lieutenant James Moss graduated at the bottom of his class at West Point in 1894, he was assigned to the 25th Infantry in Missoula. (Moss was white, like all the officers placed in charge of otherwise all-black units). Moss quickly boarded the tactical cycling train, asking for volunteers to form a cycling corps. His first crew of volunteers included Sergeant Mingo Sanders and Private John Findley, an experienced rider who served as the unit mechanic. The Corps successfully completed several experimental forays, including an eight hundred mile trek from Fort Missoula to Yellowstone National Park and back.

Army leadership was still divided on the utility of the military bicycle, so Moss devised an epic journey, hoping to silence the doubters. The 1,900 mile expediton from Missoula to St. Louis would cross terrains he wrote, from "the mountainous and stony roads of Montana; the hummock earth roads of South Dakota; the sandy roads of Nebraska and the clay roads of Missouri." For this mission, he assembled a team of twenty men and ordered custom-designed Spalding bicycles to carry their weapons and gear. The men trained hard for two weeks, embarking on June 14, 1897.

The "roads" they followed were anything from wagon trails to game trails to railroad trackbeds. They had to dismount often and walk their bicycles for miles — loaded down with their rations, rifles and ammunition, spare parts and gear. They averaged about 52 miles per day, facing their toughest test in the sandhills of Nebraska. They became experts at patching tires.

At journey's end Moss told the St. Louis Dispatch that, "The trip has proved beyond peradventure my contention that the bicycle has a place in modern warfare. In every kind of weather, over all sorts of roads, we averaged fifty miles a day. At the end of the journey we are all in good physical condition."

The onset of the Spanish-American War brought an end to Moss' experiments in military cycling. In the summer of 1898, the 25th Infantry — and all four of the Army's all-black units — distinguished themselves in battle in Cuba. As with the other African-American units, their centrality in pivotal battlefield moments was often erased when mythologized versions of the War became popular lore.

On July 1st, Colonel Teddy Roosevelt's Rough Riders became legends at San Juan Hill, though the buffalo soldiers of the 10th Cavalry and 24th Infantry were also among the first (perhaps the first) to charge the Spanish fortifications. Roosevelt himself praised their efforts, but later changed face, even saying that the black soldiers were "shirkers in their duties and would only go as far as they were led by white officers."

Presley Holliday, a black veteran of the 10th Cavalry disputed Roosevelt's account, writing that: "His statement was uncharitable and uncalled for, and considering the moral and physical effect the advance of the Tenth Cavalry had in weakening the forces opposed to the Colonel's regiment, both at La Guasima and San Juan Hill, altogether ungrateful, and has done us an immeasurable amount of harm."

Eight years after the Spanish-American War, a white bartender was murdered in Brownsville, Texas. The black soldiers of the 25th Infantry, stationed nearby, were blamed without evidence. President Theodore Roosevelt, accusing 167 soldiers of a "conspiracy of silence" in the "Brownsville Affray," dishonorably discharged every one of them. Some of the them — like First Sergeant Mingo Sanders, who had served for 25 years — were nearing retirement when they lost their pensions and their good names.

Mingo Sanders led the fight to set the record straight. When summoned before a Senate Committee on Military Affairs investigation, he told them: "I'm a poor man. I've served my country honest and faithful. I offered my life to be destroyed for the Government, my body to be buried in the earth, and cattle to eat grass off the substance of my blood, and now I am to be cast on the world as a condemned man."

Some believed that Roosevelt had betrayed his brothers in arms — men who were the unsung heroes behind the myth built around Roosevelt as the ultimate Hero of San Juan Hill. Sanders stated in an affidavit that a few days before that battle, his men had shared their meager rations with Roosevelt and his. The African-American owned Cleveland Gazette wrote that: "The old soldier divided the bread of his company with the hungry Rough Riders at El Caney, upon the request of him whose order now drives him out to beg."

When Mingo Sanders passed away in 1929, his military record still classified his discharge as dishonorable. The Army re-investigated the incident in 1972, finding all 167 soldiers innocent. That year, President Richard Nixon pardoned and granted the men honorable discharges — posthumously, except in the case of two remaining survivors.

There's one accomplishment noone ever tried to strip from the 25th — the Missoula-to-St. Louis mission, perhaps because there was no competition. None like the Bicycle Corps had ever rode before and none have since.

What was it like the ride those trails through their eyes? Pferron Doss, author of a historical novel about the Bicycle Corps, led a commemorative journey that retraced their route in 1974. "We thought once we reached the Continental Divide, it would be down hill all the way," Doss says laughing, "but that wasn't the case. But it's a trip that every last one of us will never forget, because it was a time in our lives that we felt very proud to be doing this in their honor."

"It had not been done before, and these were black soldiers who formed a very unique first-time group. That in itself gives you a sense of, not only responsibility, but the freedom to feel very proud of what you're doing." 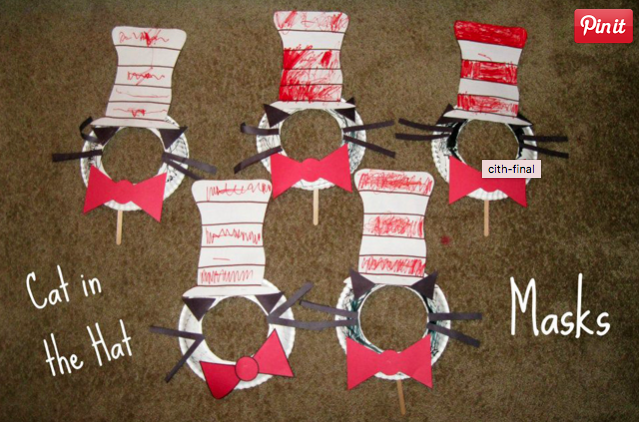 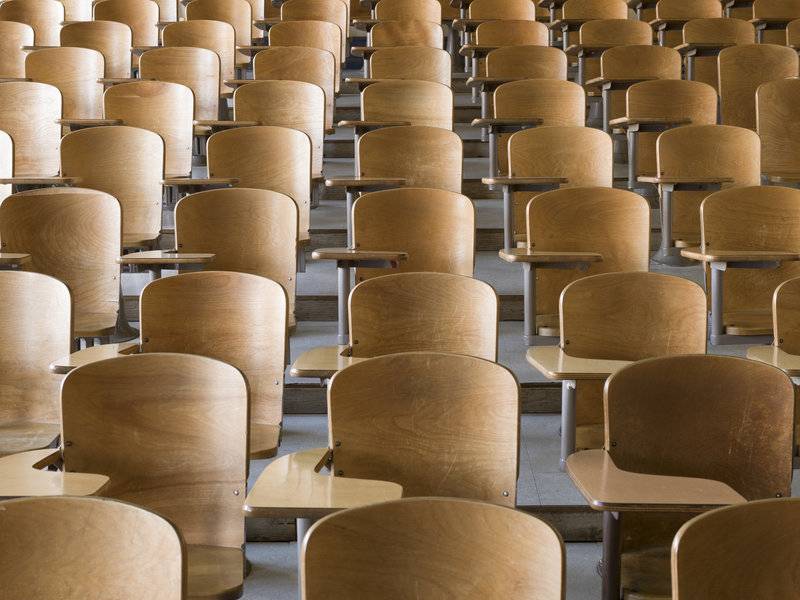