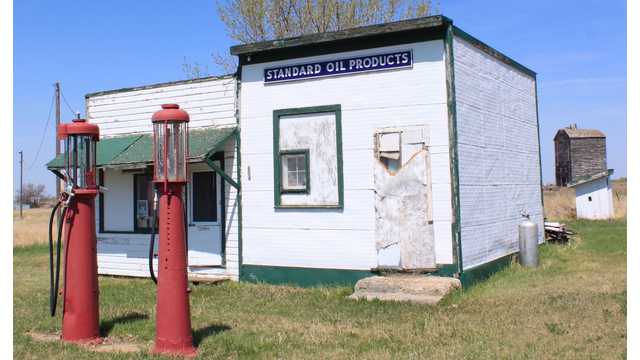 The Crandall Pumps in tiny Crandall, South Dakota, was the last Standard Oil station in the US to use manual gravity pumps.

The two pumps include a circa 1927 model made by the Wayne company (now Wayne Fueling Systems) and a circa 1924 model made by the Tokheim company — both companies were headquartered in Fort Wayne, Indiana at the time. The hand-operated machines pumped gas from underground tanks into a clear ten-gallon glass cylinder, where gravity then delivered the fuel to motorist's gas tanks. A measuring stick inside the cylinder showed how much gas you bought.

The station was first opened by Howard Lawson in 1934 and sold to Ben Hildebrandt in 1941. At that time, Crandall still had a depot on the Minneapolis & St. Louis Railway. The old wooden grain elevator still stands as a memento of Crandall's boom times. In 1960, South Dakota Highway 20 was diverted away from present Clark County Route 1, and suddenly Crandall was no longer on a major thoroughfare between Watertown and points west.

The gas station closed in 1970 and sat dormant for 36 years. Present owner Dave Swain bought it in 2006. For six years he opened the station on summer weekends. There's no gas on offer, but travelers could buy candy and soda, and check out a piece of SD 20 history. Sometimes he's invited musicians from the area to come out and play for whoever comes through. In six years, over 3,000 people signed his guest book. "Weather hasn't been too kind to the Pumps in the last couple years," says Swain, and they haven't opened for business in about as long.

This summer, though, Swain plans to do some clean-up and renovation work, and by next year hopes to open the Pumps to travelers again on summer weekends. In the meanwhile, the Pumps are still a stop for photo opportunity seekers and in-the-know backroads drifters from around the country and beyond. 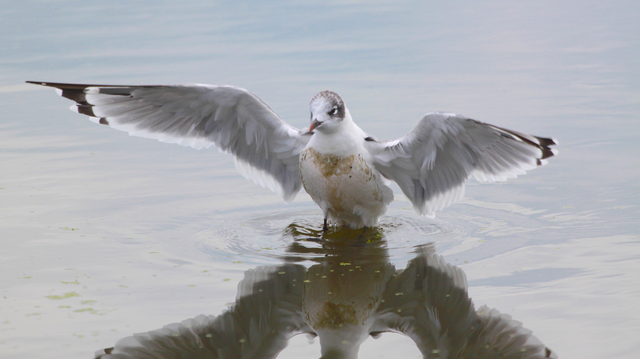