Artist Grace French migrated from New England to Rapid City when it was still a dusty cow town known as Hay Camp and became a fixture on the local art scene — as both painter and educator. This Thrusdsay, Journey Museum Secretary Donna Fisher will present the facts and debunk some of the myths surrounding French and her sister-and-fellow-artist Abby at the Homestake Adams Research and Cultural Center.

SDPB Arts & Culture caught up with Donna to offer you a preview scoop on one of the first artists to capture the Black Hills on canvas.

SDPB: What is the Grace French story?

DF: The Grace French story, from my point of view, is really two things. One is tracing the career of a woman who came to Rapid City early. Rapid City was founded in 1876 during the gold rush, but the real centers of activity were gold towns. Rapid City at that point was called Hay Camp. It was a little market town on the front range, not where all the action was.

She was formally trained at the Museum of Fine Arts in Boston. At the time that was a very progressive school and women were able to study alongside men. In terms of art education it would have been considered cutting edge.

There was also a Normal School movement in New England that was very progressive in terms of training children in art. So she came with that experience.

She taught at the first university in the Black Hills, in Hot Springs, called Black Hills College. She lived with her mother [until she passed away in the 1890’s] and sister in Rapid City and worked as both a painter and as a teacher, with a studio in her house.

She died at age 84 in 1942. Her ledger in 1939 shows that she was still sending a painting out to an exhibit. So she had a very long career… as both a painter and a teacher.

As a painter — in the days before color photography, we have lots of black-and-white pictures from that era, but we really don’t have a sense of what the landscape and the color looked like, except for Grace. She was the dominant figure in the local scene.

When we started researching, what we discovered was the lore of Grace French was that her father was fairly wealthy and that his money had enabled these two women — Grace and Abby French — to live as artists. That was the popular lore, that he had stock in Homestake. What we learned through work with genealogists and [researching] family history was that her father was not a wealthy man. He was a mill worker when he died [in 1875, before the Homestake deposit was discovered]. Her mom was widowed when Grace was seventeen.

The folklore of artists living on Daddy’s money was not true. [There’s a] sort of myth that’s in lots of women’s history that women achieve when somebody enables them. And in fact, these two women, the French sisters were rather sturdy pioneer stock who were entrepreneurs, teachers and cultural influencers in Rapid City on their own.

SDPB: How did Grace French end up in the Black Hills?

DF: She came out with her mother in 1885 from Boston. And here was this very progressive, thriving New England city — a heart of culture — and she must have loved it.

Her brothers and her sister came out to the Black Hills in about 1882 or 1883. The hysteria of the gold rush was fading but things were settling in, in mining expansion in the Northern Hills and Rapid City was a little merchant town with dusty streets and stagecoaches and freight wagons and lots of wood frame buildings. One brother had a sawmill.

Grace and her mother came out in September of 1885, by train to Fort Pierre, where they would have gotten onto a stagecoach because there was no train across the Missouri River. I always think of this woman who had just been walking along Commonwealth Avenue in Boston stepping off of that stagecoach onto a dusty, gravel street.

The brothers left within a couple of years. The mom and two sisters stayed and they built a house in Quincy Street that was up on a hill overlooking this little prairie town. She painted a lot of pictures looking down across Rapid City. We have sketches of important buildings that are gone now. We have a display of smaller works at the Journey, and probably the ones that best illustrate Rapid City history — the Alfalfa Palace, the early church spires, historically significant places.

SDPB: What other kinds of subjects did she feature in her work?

DF: She was a superb portrait painter. She and sister were both fine china painters, which was a typical art form that was acceptable for women to get involved in. For about thirty years they both did and taught china painting. She did landscapes. She did lots of water colors and sketches. She did a wonderful drawing of Needles Highway.

There were two collections [of small works, paintings and drawings] given to the Journey Museum — one by David Strain, the godfather of Rapid City history who wrote Black Hills Hay Camp. He featured his own collections of her work in that book.

She also did big, impressive oil paintings. Abby painted with her. They would go out in their buggy and do plein air paintings by the creek or Canyon Lake. That buggy was still in a little shed in the back [of the house on Quincy] when Grace died in 1942.

When she died, her [large oil paintings] were crated up and stored by her executor with the stipulation that if Rapid City ever had an art museum these paintings should be given to the museum that formed. When the Dahl opened up in 1975, a truck pulled up in front and they started unloading these big crated paintings. And they’re now in the Dahl [permanent] collection.

SDPB: Do you think there’s a lot of her work out there in private collections around the region?

DF: It drives me crazy. Yes, the bulk of her stuff. There’s a photograph of Grace as an elderly woman in her home and she had paintings from floor to ceiling.

The other thing that drives me crazy — she studied with probably the leading china painter/teacher in America, Franz B. Aulich, in Chicago. Those little pieces — it’s what you did, you had these pieces of china painted by the French sisters. But it was something that fell out of fashion. WWI came and the porcelain wasn’t imported from Europe any more.

But also styles were changing. If you think about the 1920’s, it was a very different era from the 1900's — ladies sitting around drinking tea à la Downton Abbey kind of thing. All of a sudden instead of the elegant, quite proper world was the flappers of the Twenties, even here. Oddly, the sisters wore long skirts and 1900’s era blouses, and their ling hair twisted up in a bun, long after everybody else didn’t.

SDPB: What other kinds of social activities was she involved in?

DF: [The French sisters] were founders of the Christian Science church here, and remained Christian Scientists for a good portion of their lives. They were also super active in the Women’s Christian Temperance Union — which was not only an anti-alcohol thing. The Temperance organizations were very involved in the vote for women.

Women could vote in school board elections, but even that was considered very controversial. And early records show that five women voted in the first school board election [in which women were allowed to vote]. One of them was Alice Gossage, the editor of the Rapid City Journal, and two of the five were the French sisters. That’s pretty strong evidence that they were pretty spunky ladies. 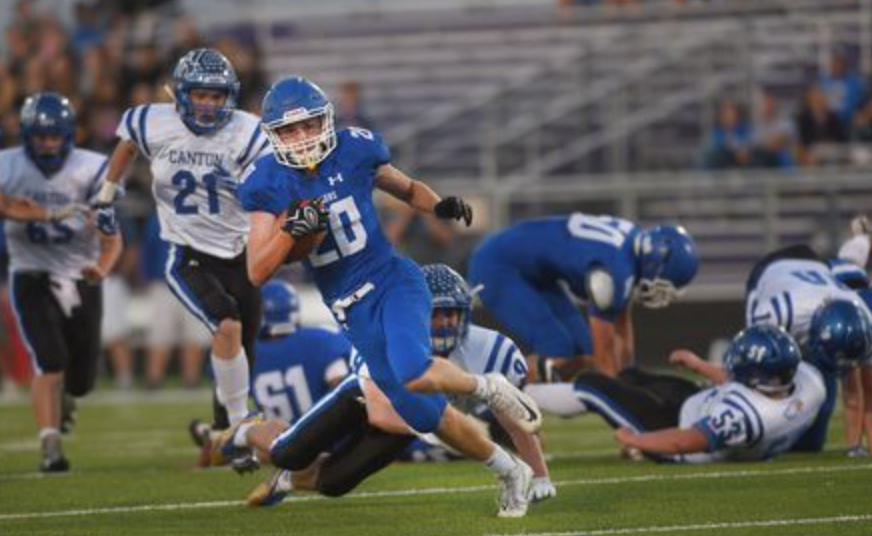 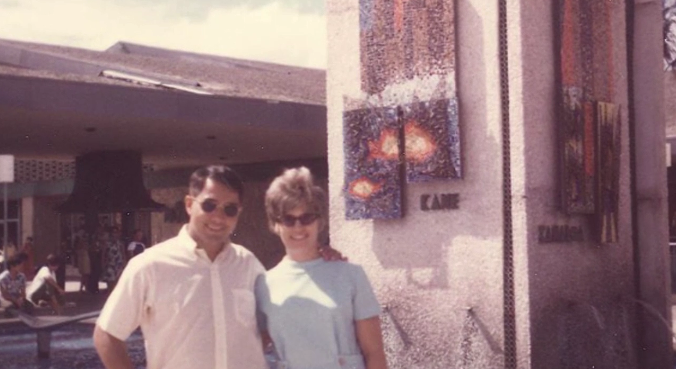