A radical approach to discipline that starts with listening to students

Having racked up multiple up absences and missed assignments, a high school sophomore showed up in his English class last year, hopeful for another chance. “Where have you been?” his teacher asked. “You can’t pass this class if you don’t show up.” Without warning, the young man exploded.

As the screaming and the swearing escalated in the hall, the Metropolitan Business Academy principal, Judith Puglisi, was called. She approached the student. “What do you need?” she asked in an almost-whisper. He kept yelling and pacing, and Puglisi walked with him, she recalled.

After she quietly repeated her question close to a dozen times, he turned to her and said, “I need to come to your office.” There, Puglisi and the assistant principal listened to him shout until he began to cry, telling them that his stepfather had beaten him since he was 7. “I am sick of people calling me a loser,” he said.

The student was not suspended, which would be normal protocol at some schools for cursing at a teacher. Instead, he saw a drama therapist trained in trauma at Metropolitan the next day. The day after that, he met with the teacher, apologized and said he knew he had overreacted. He returned to the class immediately after that meeting.

“If you run a school that’s based on punishment and compliance, eventually you’re going to push kids out.” — Judith Puglisi, principal of Metropolitan Business Academy

“Some would say that punishment will extinguish bad behavior, but I would say the opposite,” said Puglisi, who recounted the incident under the condition that the student’s name be withheld for his protection.

Metropolitan is among a small but growing number of schools nationally that are turning the traditional approach to discipline on its head. Instead of trying to get students to leave their personal troubles at the door, these schools help kids cope with what often is a history of trauma. The idea is to catch problems before they become disciplinary issues resulting in suspensions or expulsions.

Metropolitan and a dozen other schools in Connecticut work with Animated Learning by Integrating and Validating Experience (ALIVE), a trauma response program that provides drama therapists to work with teachers to identify trauma, prevent problems from escalating and respond effectively when students do act out. The therapists — who hold master’s degrees with training in psychology and theater — offer one-on-one therapy and use drama and role playing in a mandatory class for freshmen.

A growing body of research shows that nearly half of all children in the United Stateshave experienced a traumatic event tied to poverty or family dysfunction, and repeated exposure to high stress can literally rewire the brain. This calls into question the so-called “zero-tolerance” school discipline systems that many states have adopted in the past decade in response to pressure to improve graduation rates and test scores. “If you run a school that’s based on punishment and compliance, eventually you’re going to push kids out,” Puglisi said. “Your test scores might even go up, if you push the right kids out.”

A spike in expulsions and suspensions has disproportionately affected black and Latino students, especially in poor communities. Wisconsin, for example, suspended 34 percent of its black students during the 2011-2012 school year, according to a national study; Florida suspended 37 percent of those with learning disabilities. The U.S. Department of Education issued new guidelines last year in an effort to bring down the high rates of students losing time in school, which has been linked to higher drop-out rates. A study released in January showed that high suspension rates hurt academic achievement for everyone, even classmates who have not been suspended. Researchers believe a punitive environment causes anxiety and poor relationships.

“Pretty much every state in the country is re-examining the zero-tolerance and harsh disciplinary policies,” said Nina Salomon, senior policy analyst at the Council of State Governments Justice Center. “Schools that want to reduce their expulsions are looking at these trauma-informed methods. … They seem to be more effective in changing students’ behavior.”

But some researchers and advocates caution that the pendulum could swing too far. “We so often swing from one extreme to another in education policy, and I worry that’s what’s happening here,” said Michael Petrilli, president of the Thomas B. Fordham Institute, an education think tank. “Zero tolerance was mindless, but it’s also mindless to take away discipline tools from teachers. Tools like suspensions and expulsions are part of that.”

Metropolitan is a public magnet school that draws about two-thirds of its 390 students from New Haven and the rest from surrounding towns. The student body is about 40 percent black, 35 percent Latino and 23 percent white, and 57 percent of the students qualify for free or reduced lunches. The school began its new approach to discipline when Puglisi arrived as principal in 2010.

She came in with a background as a longtime special education teacher who had run a program to prepare ninth- and 10th-graders to enter a large, comprehensive high school in New Haven. “There were a lot of at-risk children. We didn’t have any support staff, and there were a lot of discipline issues,” recalled Puglisi, a 57-year-old Queens, New York, native and grandmother of two whose kinetic energy provides a presence larger than her trim 5-foot-2 stature. “Every time I interviewed a child, nine times out of 10 they would end up in tears, divulging very personal information that made me think they needed a lot of help.”

In 2005, the Post Traumatic Stress Center began offering an after-school program for the most troubled students. Puglisi saw behavior problems and suspensions among those students drop.

The after-school program grew into an effort to train all staff in a trauma-sensitive approach and develop a mandatory academic course for freshmen to address personal hardships. Puglisi brought those programs with her to Metropolitan.

The year she arrived, Metropolitan had just moved into a gorgeous new building and enrollment jumped to 295 from 167. In a school survey, close to half the students said teachers didn’t have control of their classrooms, and nearly three-quarters of teachers said they didn’t get the help they needed to handle student discipline problems. Tenth-grade test scores had dropped, putting the school near the bottom of the pack in New Haven: Only 10 percent of students met reading goals; only 7 percent met math goals.

Metropolitan’s team now includes a school social worker, six social work interns and three part-time drama therapists from the ALIVE program. The social worker’s salary is included in the school budget, and the therapists’ work is funded this year with $30,000 from the New Haven Trauma Coalition, a public-private partnership launched in response to the massacre at Sandy Hook Elementary School.

With that small investment, the impact has been profound. Over the past three years, the number of suspensions at Metropolitan has dropped by two-thirds. It now has a suspension rate of 3 percent. Incidents of physical fights in school have also plummeted, from 40 in 2010 to less than five last year. The graduation rate rose to 90 percent in 2014 from 82 percent in 2012, and college enrollment rose to 70 percent in 2012 from 48 percent in 2010.

Metropolitan’s required course for ninth-graders addresses some of the students’ most potent problems, from homelessness to gun violence to drug addiction. By bringing experiences into the open and allowing all the teens to hear what others have been through, the aim is to reduce bullying and enable adults to offer support.

“It’s a nonjudgment zone,” said Tia Stevens, an outgoing 14-year-old who mixes prodding and compassion to encourage her peers to speak up in class.

A boy raised his hand and asked if the teacher knew of a drug called K2. Braginsky said she didn’t and tried to move on with the conversation, but the ninth-grader interrupted several times, joking about how he used and sold it. Braginsky finally brought the discussion to a halt.

“You gonna call the cops on me?” the student shot back.

“No, I don’t think I’d call the cops on you,” said Braginsky, a slender 29-year-old with cropped hair and a nose ring.

“You don’t care?” asked the student, his voice rising.

Braginsky’s tone turned serious. “No, I care a lot about whether you use drugs. I just don’t think I’d call the cops on you.”

The class quickly moved into a role play between a drug dealer and a teenager who had gotten kicked out of his house — played by the student who had raised the K2 question. Classmates tried to intervene and help the homeless student stay away from the dealer. When he rejected every offer, the class reconvened to discuss what to do when you can’t help a friend and what some other options might have been. A drama therapist who was co-teaching the class followed up with the boy after class. The staff determined he wasn’t using drugs but was still coping with the violent death of his older brother a few years ago.

Related: The painful backlash against ‘no excuses’ school discipline

This nontraditional approach to discipline has garnered attention from educators nationwide. The Trauma and Learning Policy Initiative at Massachusetts Advocates for Children has received emails from 250 schools around the country requesting help in the past year. Susan P. Cole, the initiative’s senior project director, said schools won’t get the results they want if they just reduce suspensions and expulsions. They must learn how to create a place where students feel safe enough to learn.

The Metropolitan student who exploded at his English teacher is on track to graduate next year. He still sometimes struggles to stay motivated and complete his work. But he continues to see the school-based therapist as needed, and he hasn’t had any more outbursts or fights. He and his English teacher became close after the incident. Today, when things get tough in his life, the teenager turns to the adult who welcomed him back into class. 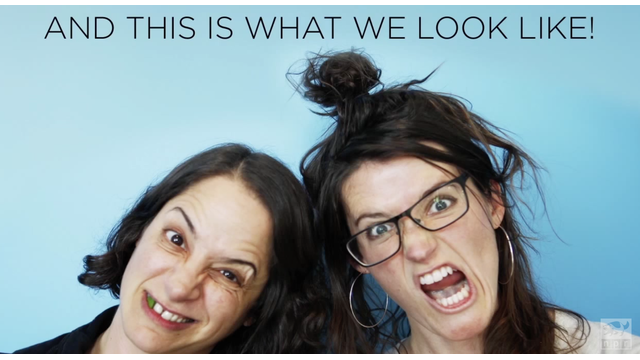 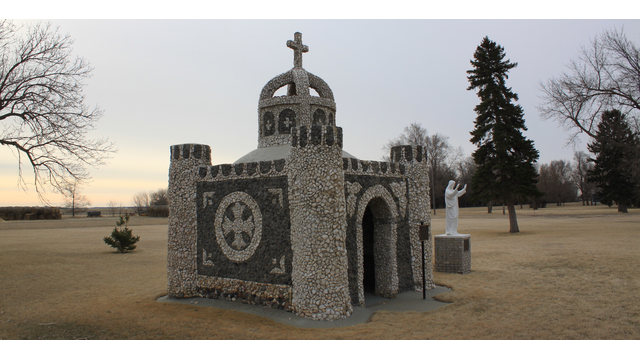