Beyond DeVos, What 5 Key Trump Appointees Could Mean For Schools 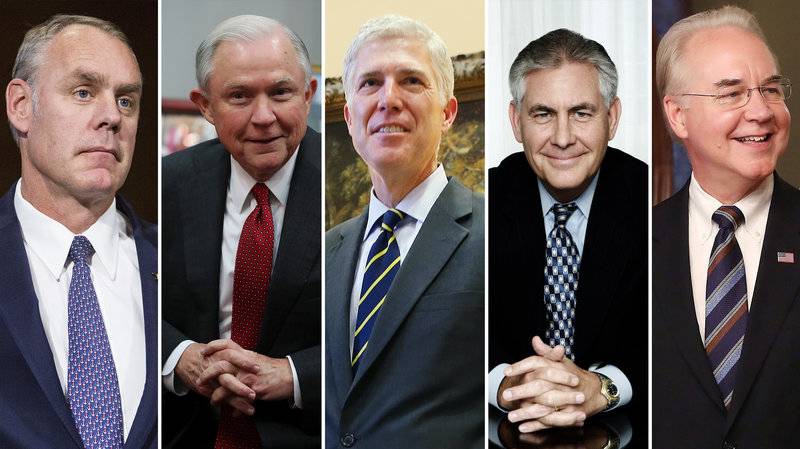 The action in the U.S. school system is overwhelmingly local. But the federal government, and the courts, have an important hand in many issues that touch classrooms — from civil rights to international programs of study. We looked at the records of some of President Trump's key appointees to see how they might affect education in the years to come.

According to the Washington Blade, his office withdrew a motion for a partial stay of a Texas court ruling from last summer, and moved to cancel oral arguments that were scheduled for Feb. 14. The Texas court had prohibited the Obama administration from enforcing guidance on the treatment of transgender students, such as allowing students to use the bathrooms and locker rooms of their preference.

When voting against the passage of the Matthew Shepard and James Byrd Jr. Hate Crimes Prevention Act in 2009, Sessions stated, "Today, I'm not sure women or people with different sexual orientations face that kind of discrimination. I just don't see it."

The Department of Justice is charged in certain circumstances with enforcing prohibitions on discrimination in schools and universities. For example, DOJ has historically filed "consent decrees," detailed agreements on how to desegregate school systems.

As The Atlantic reported, civil rights groups are expressing concern that this enforcement could be curtailed under Sessions' Department of Justice, and that the Department of Education's own Office for Civil Rights could be downsized or merged with DOJ.

To take an example, under the Obama administration OCR investigated more than 200 higher education institutions on sexual assault issues. If Sessions does take over the OCR, then the future of those open investigations would be uncertain.

Finally, Sessions' Senate record is of a hard-liner on immigration. This worries the many students who fall under President Obama's Deferred Action for Childhood Arrivals, or DACA, policy.

Judge Gorsuch has been involved in several rulings that touch on various areas of education, including school discipline and student rights under the Individuals with Disabilities Education Act, or IDEA.

Last year, he dissented from a circuit panel ruling in A.M. v. Holmes, a case where a New Mexico seventh-grader was handcuffed for disrupting class, as Education Week reported.

The majority ruled that the school police officer was immune from liability. "[A]ny reasonable officer" should know, Gorsuch wrote in the dissent, "that arresting a now compliant class clown for burping was going a step too far."

In another case involving school discipline, Hawker v. Sandy City Corp, where an officer twisted a 9-year-old's hand in a "control hold," pushed him against a wall and handcuffed him, Gorsuch joined the majority ruling that no excessive force was used.

Gorsuch's opinions in three different cases all tended toward limiting the responsibilities of school districts toward students with autism and other conditions — for example, if they leave school of their own accord out of frustration. IDEA's standard of a "free appropriate public education," reads Gorsuch's opinion in one of these cases, "is not an onerous one."

The State Department might not seem that involved in education at first glance, but Tillerson could play a role in how American students are perceived abroad and vice versa.

The department funds a slew of study abroad programs, like the Fulbright Scholarship, the Critical Language Scholarship Program and multiple merit-based scholarships for high school students. It also houses the Bureau of Educational and Cultural Affairs, which facilitates student exchanges and cross-cultural programs.

The department also oversees student visas for foreign students coming to the United States, like the F-1 and J-1. Some of these visa holders were among those caught up in last month's executive order banning the entry of citizens from seven majority-Muslim countries. There are currently more than a million international students enrolled in American universities.

Since Tillerson doesn't have a political track record, it's a little hard to tell where he'll fall as far as education opportunities and policies within the State Department. But, we do know that ExxonMobil, the company that Tillerson ran before taking on his new position, has regularly touted the importance of STEM education and funded multiple scholarships and cross-cultural programs worldwide through the ExxonMobil Foundation.

As for Tillerson's personal stance on education, he wrote a 2013 op-ed in The Wall Street Journal, defending the Common Core and expounding on the importance of education in a global world. Here's a snippet:

"We need to raise expectations at every grade level so that, for instance, students who do well in math in lower grades are spurred to take algebra and more advanced math. But we need high standards to drive efforts to improve educational outcomes in every subject.

"With these education standards under attack in many states where they have been adopted or are being considered, the Common Core needs support now more than ever if America is going to reverse its education decline and prepare its young people to compete in today's dynamic global economy."

At his confirmation hearing, Tom Price said his goal as secretary of health would be to make insurance accessible to everyone.

But his proposals as a congressman to cut Medicaid's federal funding could affect school districts, especially those with a higher concentration of low-income students.

According to a survey from AASA, the School Superintendents Association, about 1,000 school district leaders from 42 states were "deeply concerned" about Republican proposals to refinance Medicaid. Republicans have typically proposed turning Medicaid into a block grant program, which could eliminate schools from eligibility for reimbursement funds.

"Medicaid plays a very important role in schools because it allows school districts to receive reimbursement for students with disabilities who have services that are immensely necessary in order for them to learn," says Sasha Pudelski, author of the study. Those services include speech language pathology and occupational and physical therapy.

About two-thirds of the respondents to the superintendents survey said they use Medicaid reimbursements specifically to subsidize the salaries of professionals, such as nurses, mental health providers and specialized instructional support personnel, who provide the services for special education.

The Interior Department is home to the Bureau of Indian Education, which accounts for roughly 42,000 students at 164 elementary and secondary schools on 64 reservations in 23 states. Currently, Zinke is a Republican U.S. representative from Montana, a state that has one of the larger Native American populations in the country, and served as a state senator before that. A majority of the bills Zinke has sponsored have to do with public lands and natural resources — not a surprise for someone tapped to head the Department of the Interior — but Native American issues have also accounted for a notable percentage of bills he has put his name on.

As far as education, Zinke has repeatedly voiced his support for keeping education policy control at a local level. "I don't have a problem with standards," he said in 2014 campaign speech in Helena. "But states should have more say in developing standards, rather than a one-size-fits-all." His website says he opposes Common Core, is in favor of local school board control and supports families who choose homeschooling. 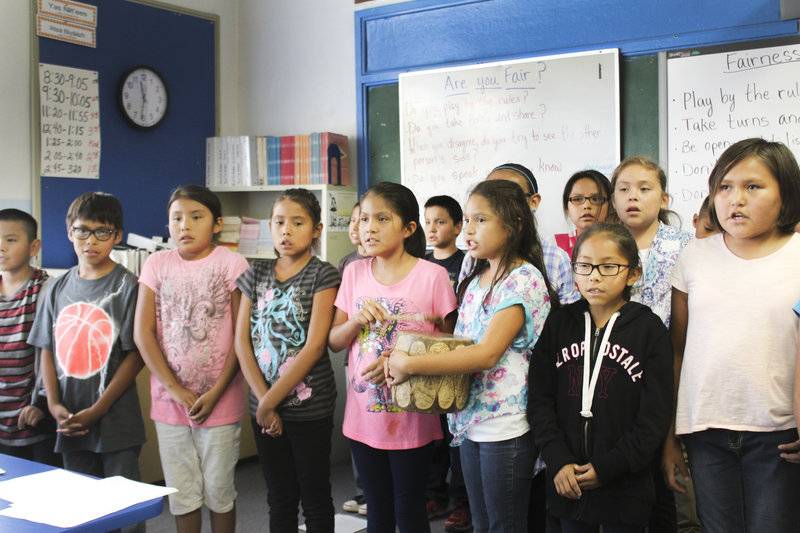 previous Post
Learn
Native American Education: What Will It Take To Fix The 'Epitome Of Broken'?
by laura dimock
•
next Post
Sports & Recreation
State Wrestling Championships To Remain On Schedule
by nate wek
•
next Post 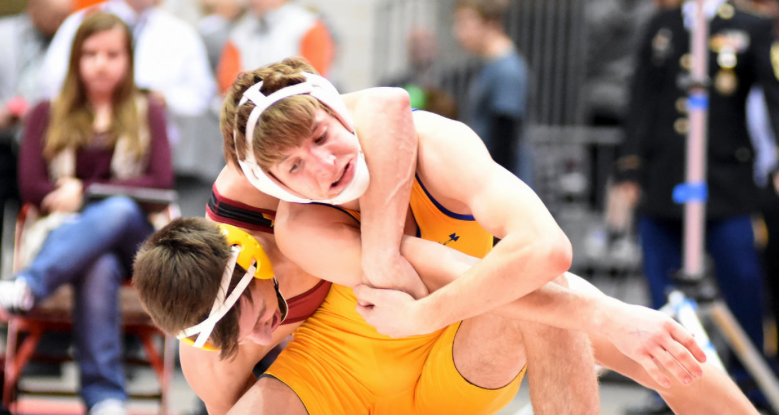