In 1887, Deadwood had a lot to offer. You could buy fresh French peas and mushrooms at the Adams Brothers grocery store, seek lodging and a meal at the Cosmopolitan Hotel and Restaurant, purchase silk and satin dress goods at M.J. Worthheimer & Brothers store, and take in a lively performance at the Gem Theater.

One thing it did not offer was the services of a female physician. While there was no shortage of physicians practicing in Deadwood, not a single one of them was female. In 1888, that gender imbalance would change with the arrival of Deadwood’s first female physician.

Who was this woman who broke through the 19th century version of the glass ceiling? What was her life-journey like before she arrived in Dakota Territory? When there were so many larger, metropolitan areas that were home to practicing women doctors, why did she select Deadwood as a location to set up shop?

At the age of 37, Flora Hayward Stanford had what appeared to be a normal, stable life. She was married to a successful brick manufacturer in Pennsylvania, was the mother of a young son and daughter, and had a secure career as a teacher. But, apparently, something in her life was missing. Flora decided she wanted to attend medical school to become a doctor.

At the time, this was a fairly radical move for a wife, mother, and woman to make. There was a great deal of debate across the county as to whether women were fit to practice medicine. In 1871, American Medical Association President Alfred Stille believed women were morally unfit for the vocation, claiming them to be “ignorant, inexact, untrustworthy, unbusinesslike, lacking in sense and mental perception, and contemptuous of logic.”[i]

Flora apparently did not agree with Stille’s derogatory and degrading view of women participating in the medical profession. In 1875, she moved her son, daughter, and a nanny to Boston, where she enrolled at Boston Medical College. According to data collected by the federal Office of Education, out of a total U.S. population of 38,558,371, only 63,000 students were attending higher education classes in 1869-70, and only 21 percent of the students were women. Flora was undeniably a minority within a minority.

Three years later, in 1878, Flora’s medical classroom education was complete. After this, she and her daughter, Emma, moved to Washington, D.C. where Flora received her internship. She left her son in Pennsylvania under the care of his father. Flora and Emma stayed in Washington for the next 10 years.

In 1888, Emma had been diagnosed with consumption and Flora strongly believed that a change in climate would improve her daughter’s health. Deadwood, with its fresh mountain air, she felt, would be the ideal environment for Emma. Determined she had made the right decision in an effort the improve the health of her daughter, Dr. Flora Hayward Stanford and her daughter, Emma, made the trip to Deadwood from Washington D.C. by train and stagecoach.

Upon their arrival in Deadwood, Flora purchased a home at 374 Williams Street, from which she also ran her medical practice. She specialized in homeopathic medicine to treat the diseases of women and children. The Free Dictionary defines homeopathy as “treating disease by the use of small amounts of a drug that, in healthy persons, produces symptoms similar to those of the disease being treated.” Flora acquired a number of patients, business was steady, and she became a well-respected member of the community.

Young Emma kept herself busy with a variety of social events. She belonged to several clubs, societies, and guilds in Deadwood. She also had a lovely voice and sang quite often at gatherings, events, and church services. In addition, she was in charge of the impressive candy department at Goldberg’s grocery store.

A receipt issued by the Goldberg store to the Caledonia Gold Mining Company for the sale of goods. Photo courtesy Deadwood History, Inc., Adams Museum Collection.

1894 view of Deadwood’s Main Street. The Goldberg store is the third building on the left. Two people are standing on the roof. Photo courtesy Deadwood History, Inc., Adams Museum Collection.

Flora’s life outside of her medical practice was very lively. She served on the Board of Education, the Women’s Relief Group of the Grand Army of the Republic, the Women’s Christian Temperance Union, the 19th Century Club, and was a robust proponent of the women’s suffrage movement.

As an active member of the Women’s Christian Temperance Union, Flora wanted to bring about social reform, even if it was on a small scale. That would explain this announcement that appeared in the local newspaper: “Dr. Flora H. Stanford will open a free dispensary at her residence on Williams Street, for the benefit of women who are unable to pay. Necessary medicines will be furnished at actual cost, which means from 10 cents to 25 cents. The dispensary will be open every Sunday from 9 a.m. to 12 p.m.”[ii]

By 1893, it became apparent that Deadwood’s climate was doing nothing to improve Emma’s health. The consumption (tuberculosis) held an ever tightening grip on young Emma, and her condition was gradually deteriorating. Flora remained optimistic, and was determined that California would provide the perfect healing environment. Upon hearing news of their impending departure, the community rallied together, as the people of Deadwood have always done, to show their interest and concern. Mother and daughter were so well favored in the community that “The earnest sympathy felt for Miss Emma Stanford in her illness, found substantial expression yesterday in the circulation of a subscription list for her benefit which bid fair, late in the afternoon, to represent upwards of $500.”[iii] On January 30, they boarded the train and headed west with hopes of a miraculous recovery for Emma. Unfortunately, Emma passed away less than a month later on February 27, 1893.

Shortly after Emma’s funeral, Flora returned to Deadwood. She was grief stricken and saddened yet resolute to continue fighting for social reform to make a difference in the lives of those who are less fortunate. She quickly re-established her medical practice in the house on Williams Street. She also took in boarders and rented out her front room to a young woman who operated a ladies hair dressing business. Flora was successful and she had a good sense for business.

In 1897 she purchased a homestead near Sundance, Wyoming, naming it the Double D Ranch. Now she was practicing medicine in both South Dakota and Wyoming and working to establish her 160-acre homestead. She traveled between the two states and conducted house calls to patients throughout the local area without the advantage of modern transportation. It was all done by horse and buggy in heat, cold, rain, snow, and dark of night.

Dr. Stanford would have used a buggy similar to this on her rounds to see patients. Photo courtesy Deadwood History, Inc.

This was a vigorous pace for anyone to keep up with, so it is not surprising that Dr. Flora Hayward Stanford died of a heart condition in 1901 at the age of 63. Gravesite rites were conducted at Deadwood’s Mount Moriah cemetery where she is buried.

It will forever remain a mystery as to why Flora decided to leave behind a life that seemed to be fairly comfortable and pretty straightforward. Why did she wish to trade that life for one that was uncertain, thick with prejudice, dominated by men, and very demanding? Maybe she wanted something more challenging, something that tested both her mental and physical capacities, something that she could master and proudly call her own. Maybe it was her desire to help others, to try to bring about some kind of positive change to those living in the shadows, or maybe it was simply that she had been stifled for far too long and wanted to venture out into the world—on her terms.

Whatever the case may be, we owe a great deal of recognition, gratitude, and appreciation to Dr. Stanford, and so many other women, whose courage, bravery, tenacity, spirit, and attitude have led the way for those who came after them.

Listen to an SDPB Radio "In The Moment" interview with Carolyn Weber, Deadwood History Inc. 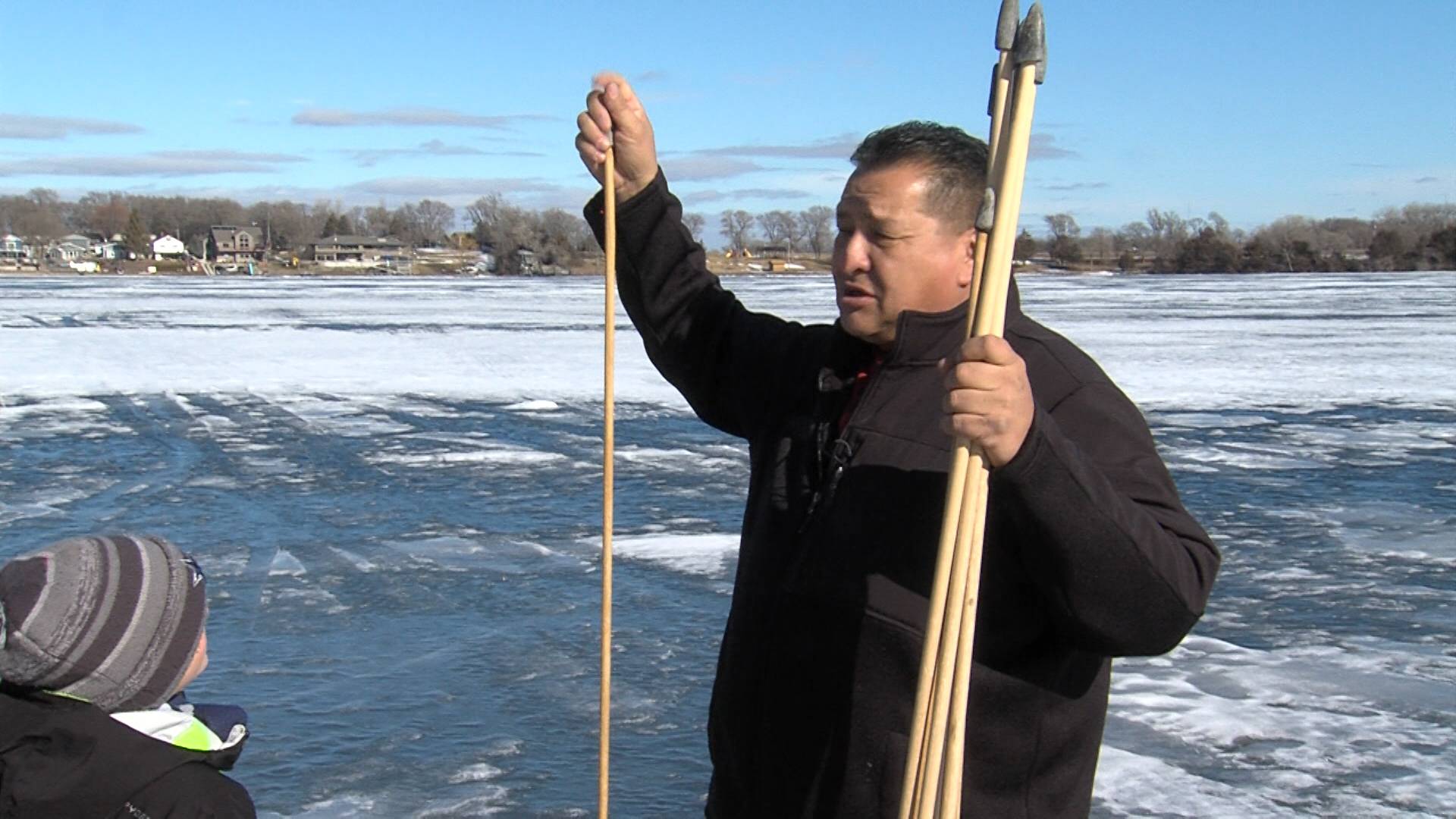