Some of the early pioneers who settled in the Black Hills led remarkable and accomplished lives. One such pioneer was John “Jack” Dickenson Hale. In 1868, at the age of 21, Jack left his birthplace of Oldtown, Virginia, seeking opportunity and excitement in the young railroad town of Cheyenne, Wyoming Territory. He soon found work as a teamster for a freighting company, delivering supplies to army posts. It was demanding and dangerous work, but the pay was good. Jack worked hard, saved his money, and soon bought a team of oxen and a wagon, establishing his own freighting business.

Before long, Jack’s desire to explore new country once again surfaced. He and his team headed west, landing in Salt Lake City via the Oregon and Mormon Trails. The lure of the west, with all its potential and possibilities, apparently ran through the veins of Hale’s entire family. In the early 1870s, while still in Salt Lake City, Jack received word that his parents and younger brother Tom, had picked up and moved from Virginia to Battle Creek, Nebraska, to open a general store. Homesteaders were flocking to that part of the country and the Hale family viewed this great agricultural migration as an economic opportunity.

This time, rather than setting his sights on some place even further west, Jack turned his team and wagon eastward, to join his family in Battle Creek. Once there, he dove right into the process of laying out the new town, worked on marketing area farmers’ productions of livestock and crops and continued freighting with his brother Tom. After the town was organized, the residents elected Jack to serve as sheriff.

The draw of adventure and profit were, once again, too much for Jack to resist. In 1877, he turned in his badge, choosing to take his fleet of freighting wagons to Camp Sheridan, a stockade post in northern Nebraska near Chief Spotted Tail’s agency. Jack was to supply provisions for 5,000 people of the Brule Lakota chief’s tribe during their relocation to land nearly 300 miles to the east. When the relocation trip was complete, Jack made his way back to Battle Creek, where he and Tom quickly began making plans for a freighting trip to the Black Hills.

The discovery of gold in the Black Hills was the hot topic of the day. Newspapers all across the country were full of articles and advertisements touting the lure of gold and the many riches to be found in the Black Hills of Dakota Territory. The Hale brothers soon realized they too could find a profit in the Black Hills; not with gold panning, but with bringing much needed supplies to all those fortune seekers who rushed into Deadwood gulch. The wagons were swiftly loaded, brimming to the top with all manner of products a gold-mining town would need. In addition, the brothers drove 446 hogs, 86 head of cattle and 18 horses northwestward with them to the Black Hills.

Jack continued freighting goods into the Black Hills, making a lucrative living and several life-long friends, including Seth Bullock. Having built up a small fortune, he decided to leave the life of a bullwhacker behind and start a ranch. He purchased 1,960 acres of land near Tilford and established his Pleasant Valley Stock Farm, which he stocked with 4,500 sheep along with cattle, hogs and horses. It seems Jack had finally settled down and made a reputation for himself as a progressive businessman.

In 1880 he was elected to the Dakota legislature, then called the territorial council, where he and four other members represented the entire country in the two Dakotas west of the Missouri River. Hale would go on to serve eight years in the House of Representatives and six years in the Senate.

Before heading off to Yankton and his duties as a legislator, Jack returned to Battle Creek to marry Anna E. Kost on January 6, 1881. After the ceremony, the newlywed couple journeyed by stagecoach through a howling blizzard across Nebraska, eventually arriving in the Territorial Capital. After the session was over, Jack and Anna, who had never seen her future home, took a boat up the Missouri River to Ft. Pierre and then the new stage service from there to the Black Hills. The second leg of the trip took eight days, after which Anna was certainly glad to be in the comforts of her new home.

With an entrepreneurial spirit and a life-long fascination to try something new, Jack became a horse rancher. A number of businesses and industries in the area—mining, timber, the Army—were dependent upon horse power, and he wanted to supply them with the goods to meet their needs. The JH Ranch, the horse ranch, was located along the Belle Fourche River, east of Devils Tower. The ranch produced work horses as well as race horses, both of which were in demand. One race horse, Big Sis, amassed an impressive record of wins on the Black Hills turf tracks and had a loyal following.

Jack was present at the 1905 inauguration ceremonies for Theodore Roosevelt in Washington, D.C. Roosevelt invited his good friend Seth Bullock to attend the ceremonies and encouraged Seth to bring along several of their cowboy friends. Seth immediately thought of Jack, and off they went, along with 58 others, to celebrate in the nation’s capital.

Jack and Anna had only one child, a daughter named Florence, born in 1881. In 1903, Jack sold the Pleasant Valley Stock Farm and moved the family to Sturgis, which had grown into a thriving community. Four years later, the beautiful young Florence married Jesse Blane Nafzger, the town doctor. The couple had two children, daughter Robinette and son Jack, who proved to be the apples of their grandfather’s eye. Jack doted on his grandchildren and provided them with many unique and unusual gifts.

Jack Hale’s grandchildren, Jack and Robinette Nafzger, with another young girl seated in the buggy their grandfather had built for them. Photo courtesy Deadwood History, Inc., Adams Museum Collection.

Jack Hale passed away in 1929 at the age of 82. He was preceded in death by his wife, Anna, who passed away in 1924. Jack embodied the spirit of the Black Hills pioneer. He was adventurous, an entrepreneur, a statesman, a devoted husband, father and grandfather, and a great friend to many. He left a lasting mark on the history of the Black Hills and the state of South Dakota.

previous Post
Press Releases
South Dakota: The Next Generation
by katy beem
•
next Post
Living
Postcard from the Prairie: Walking Into the Wind
by eliza blue
•
next Post 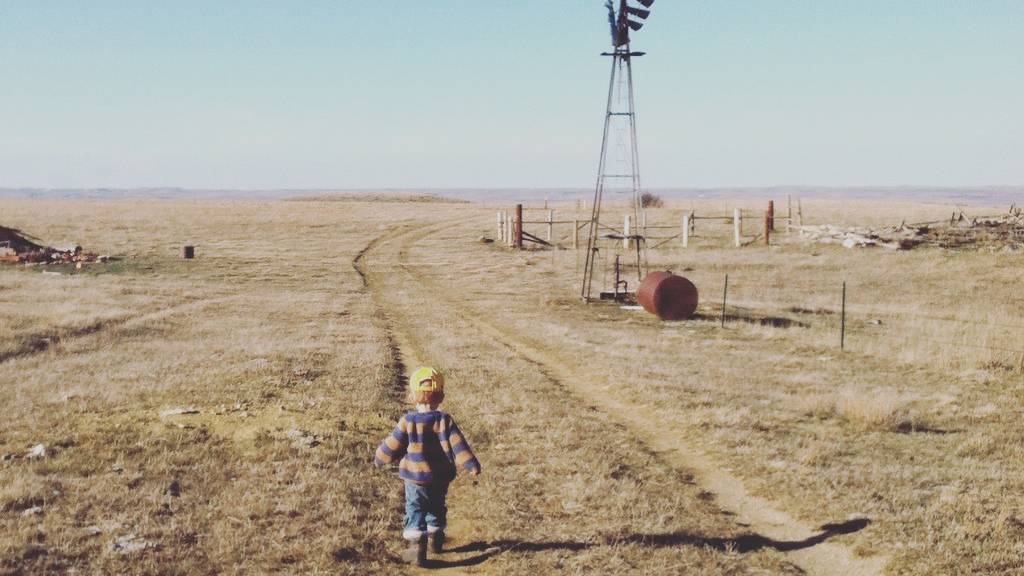