Aberdeen was founded in the summer of 1881 and by 1886 had telephone service. This remarkable feat was due to the work of one of Aberdeen’s foremost pioneers, a German immigrant named John L.W. Zietlow.

Zietlow was born in 1850 in Greotzien, Germany and immigrated to America at age 17. Although he was trained as a watchmaker, he took a job at a sawmill in Winona, Minnesota to support himself. Despite losing his right arm in an accident at the mill, he remained undaunted in his efforts. He took a six-month business course after which he returned to the mill to work in the office.

Zietlow had always been interested in telephony having had his first experience with the new invention in 1879. In 1880, Zietlow, his wife and newborn son moved to Stillwater, Minnesota where he experienced his first long distance telephone conversation speaking to someone thirty miles away in Minneapolis via a crude transmitter. Afterward, he became even more fascinated with the telephone.

The Zietlow family moved to a farm near Athol, Dakota Territory, but he continued to tinker with telephone equipment in an effort to create an instrument to successfully transmit audible speech from one receiver to another. When asked by several prominent Aberdeen investors, including future Governor A. C. Mellette, to organize a telephone company in Aberdeen, Zietlow jumped at the opportunity.

On November 25, 1886, the Aberdeen Telephone Company was organized to provide phone service to Aberdeen, Columbia, and Bath. By February of 1887 the system was operational with 10 miles of wire connecting 60 phones. The company was a family affair with Zietlow himself setting poles, stringing wire, building the first switchboard and soliciting subscribers while his wife and children served as operators and messengers.

Several times between 1887 and 1896, attorneys for Alexander Graham Bell tried to charge Zietlow with patent infringement, but each time it was proven that the technology used by Zietlow was different than that which Bell was using. All lawsuits against Zietlow by the Bell Company were unsuccessful.

Hard times hit Zietlow’s Aberdeen Telephone Company in the early 1890s and by 1896 he was $5,000 in debt after having spent over $20,000 on his company. In order to reduce his debt, he expanded his phone service to Redfield. This expansion was financed by the sale of tickets for one dollar that entitled the buyer to four calls when the proposed Redfield line was completed. The sale of these early “prepaid phone cards” raised enough money to allow Zietlow to hire a crew to set the poles and string the lines from Aberdeen to Redfield, a task that he alone had done up to this point in his career.

By 1898 Zietlow expanded his service west to Eureka. He also purchased the Watertown exchange to enlarge his company even more. In 1904, he reorganized his company and changed its name to the Dakota Central Telephone Company. That same year he purchased the building on the corner of South Main and First Avenue to house his ever-growing enterprise. An automatic dialing system that allowed callers to make phone connections without the assistance of an operator was installed in the Main Street facility on November 6, 1905--making Aberdeen the first US city to have this automatic dial telephone service!! Detailed instructions for using this new system were printed in the Aberdeen newspapers along with a directory of phone numbers for everyone with telephone service within the city. Another first occurred for Zietlow’s customers in 1917 when his company introduced the country’s first commercial long distance service to customers in Aberdeen, Huron, and Watertown.

J.L.W. Zietlow successfully overcame his physical handicap and several periods of economic hard times to transform his Dakota Central Telephone Company from a mom and pop operation into a multi-million dollar business. At the time of his death in 1922, Zietlow’s company had become the second largest employer (450 employees) in the state behind Homestake Gold Mine and was the largest company in the state with assets valued at over $5,000,000. By then the Dakota Central Telephone Company included 93 telephone exchanges and nearly 40,000 miles of long distance lines and provided service to 30,000 subscribers. 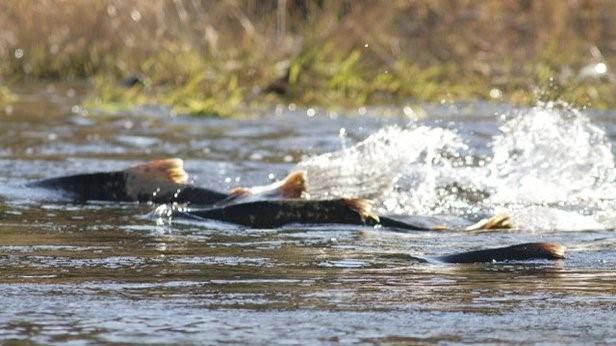