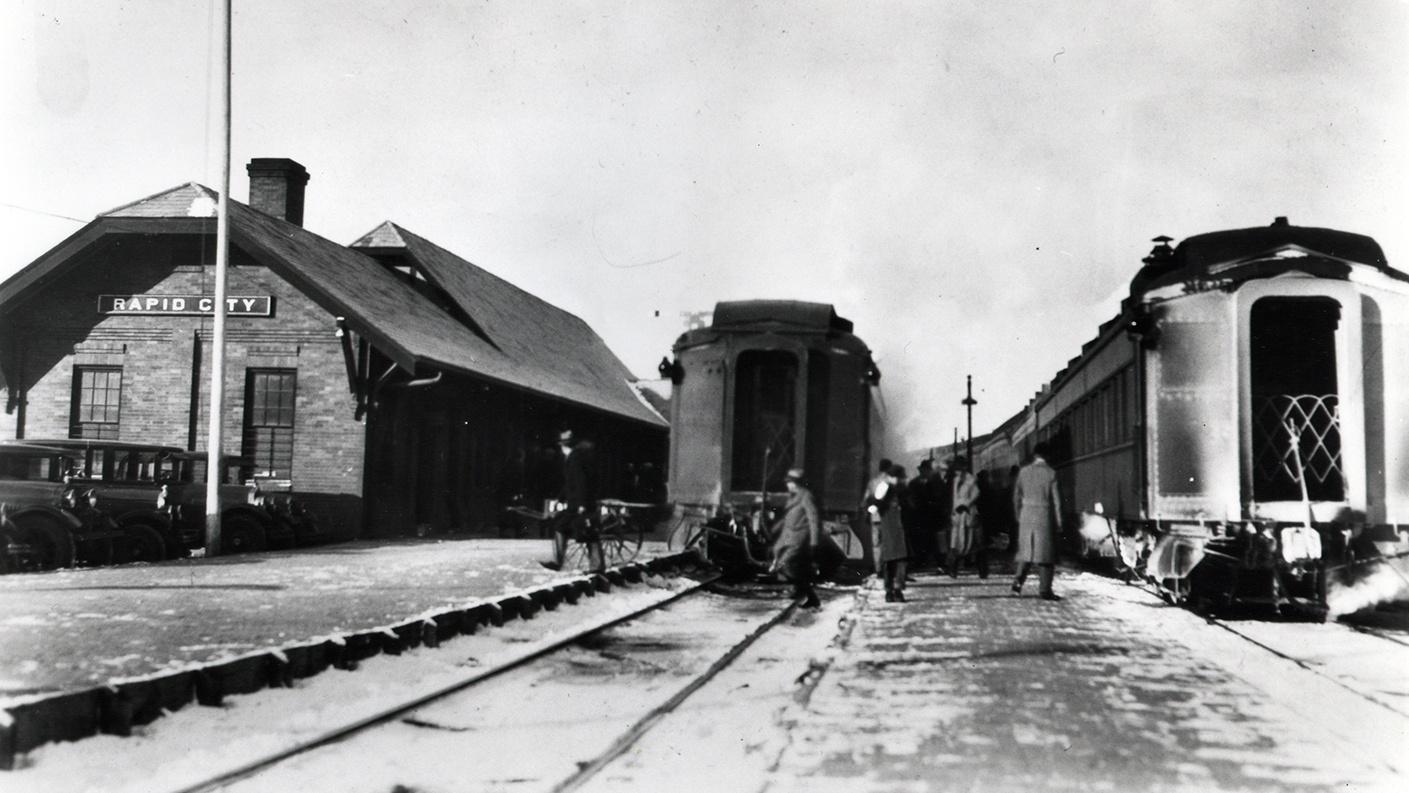 From the first railroads to the Sturgis Motorcycle Rally and everything in between, the history of transportation in the Black Hills is varied and special.

The Black Hills and surrounding area were crisscrossed by wildlife trails and those used by Native peoples living in the area before white settlement. The first European Americans traveled here on foot, on horseback or livestock-drawn wagons. Steamboats carried mail and supplies to the forts and small settlements on the Missouri River, some 200 miles from the Black Hills.

The military roads of the mid-19th century made crossing the plains a little easier, and by the 1880s the business of running freight wagons and stage coach lines from distant railheads on the Missouri River to developing Black Hills communities was thriving.

In terms of modern transportation, trains came into the area first, and the railroads brought ever more people looking for a change. One of the lines that came into the area was "The Crouch Line" in 1890, then referred to as the Dakota, Wyoming and Missouri River Railroad. While the names changed, the nickname “Crouch Line” stuck because it was easier to remember.

Railroads weren’t just used for transporting people and natural materials in the Black Hills. Rail lines also moved fish! The first time fish were transported by rail from the East Coast to the West Coast was in 1874. By the early 1920s, fish cars had moved more than 72 billion fish in 10 different train cars. To see what these train cars looked like, you can visit the D.C. Booth Fish Historic National Fish Hatchery in Spearfish, South Dakota – they have one that was restored to match exactly what Fish Car No. 3 looked like when it was used to transport fish across the United States.

The aviation hub that would become Rapid City Regional Airport (RCRA) was established on April 13, 1937, where Ellsworth Air Force Base is today. Shared by the military and the city through World War II, the airport moved to its current location in 1950 when the military decided it needed its own airport.

But RCRA wasn’t the first airport in town! The first time an aircraft took off from Rapid City was in 1911, when the runway was at West Boulevard near St. Patrick and Ninth streets. The first true airport in Rapid City was developed in 1924 using a street grader, but the runway proved to be too short to handle the larger, heavier planes soon demanded by an ever-evolving airline industry. On April 29, 1929, Halley Field Airport was dedicated and functioned as a public airport until 1958. When Interstate 90 was built, Halley Field Airport was closed because the north end of its runway would have run right into the interstate.

2020 is the 80th anniversary of the Sturgis Motorcycle Rally, which originally started as a race with nine participants. J.C. (Clarence) “Pappy” Hoel, Sturgis Rally founder lead the charge. In 2019, the estimated attendance inside the City of Sturgis during the Rally was 490,000 people. The Rally is a landmark event in the Black Hills every year.

An exhibit at The Journey Museum and Learning Center, “Planes, Trains and Motorcycles,” speaks to the uniqueness of Black Hills area transportation development through multiple partners and stories. The Journey Museum and Learning Center has partnered with The Sturgis Motorcycle Museum and Hall of Fame; The D.C. Booth Fish Hatchery; The South Dakota State Railroad Museum; the Rapid City Regional Airport; Minnilusa Historical Association; Dr. Jerry Wright; and Steve Babbitt for this exhibit.

The Sturgis Motorcycle Museum has information in the exhibit about their Youth Motorcycle Build program. This allows students to build a motorcycle with the help of local experts and is organized under the leadership of Hall of Fame Inductees.

Also included in the "Planes, Trains and Motorcycles" exhibit are incredible artifacts, images and pieces of art. You can view the exhibit through April 2020 with your two-day admission to The Journey Museum and Learning Center - $12 for adults, $10 for seniors and free for members.

Trails, Rails, and Roads of the Black Hills

How transportation and infrastructure have evolved in the Black Hills and the region.