The Golden Reward Mine

The Golden Reward gold mine south of Lead was established in 1887 on a claim staked ten years earlier at the peak of the Black Hills gold rush. The mine is located at the base of Terry Peak, 4 miles south of Lead in the northern Black Hills

The mine has changed owners several times during its history and gone through periods of both high and very low activity. The late 1980s and 1990s were an especially productive time. According to figures published by Wharf Resources (U.S.A), Inc., which currently owns the mine, the Golden reward produced approximately 280,000 ounces of gold and 365,000 ounces of silver between 1989 and 1996.

The mine operation is described as "an open pit, truck, and shovel operation."

This video clip from a Golden Reward mining company film describes the process of drilling, setting explosives, and blasting rock and ore in a surface mine.

Another portion of the film describes the heap-leaching process from just after blasting to just before the gold is extracted from the leachate - the liquid used to separate the gold from the ore. The video also summarizes the intent of the mining company's reclamation plans at the time. (Mining companies operating in South Dakota and elsehwere in the U.S. are normally required to restore disturbed land as nearly as possible to it's original condition.)

Heap leaching of gold from ore using a cyanide solution is a process that dates to 1886. Other methods of extracting pure gold from ore have at times utilized mercury, bromine, chlorine, or sulfur.

Monitoring of possible environmental impacts from the Golden Reward and other mines in the Black Hills is ongoing. 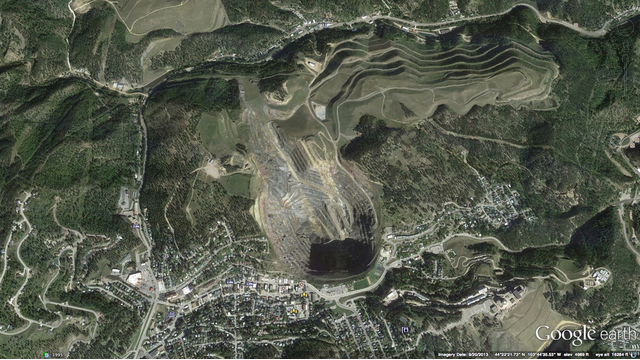 previous Post
Images of the Past
The Open Cut - Lead
by editor
•
next Post
Living
2014 All-State Chorus and Orchestra Oct. 31 - Nov. 1
by brian gevik
•
next Post 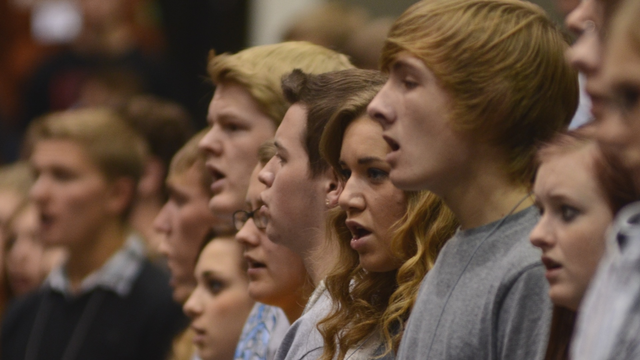