Back when Bill Janklow came up with a dozen big ideas a day for state policies and laws, one of them was state dental care for low-income seniors.

I just know it was, even thought I’m having trouble getting anyone to verify that. But I’m going to forge ahead here on the assumption that my vague recollections will not cause me to commit fake news.

There’s certainly nothing fake about my focus on dental coverage these days, as I ponder a potential bill likely to hit $10,000 — with no insurance coverage.

Used to be, I’d have a company insurance plan to give at least some help with all that. But I’m on Medicare now, you see. Medicare doesn’t provide dental insurance.

Apparently there is some coverage for routine dental services through Medicare Advantage, which is sort of a privately operated version of Medicare that is approved by the federal government and covers what original Medicare covers and more. Although in the case of dental coverage, not much more.

Besides,  I’m not in Medicare Advantage. And the work I’m considering is anything but routine. I have regular Medicare coverage with a supplemental insurance plan that covers most of the gap between what medical services cost and what Medicare covers. All told, it's pretty good medical coverage at a pretty reasonable price. There’s no dental coverage at all, however.

So now we have a decision at our house in dealing with my broken tooth and fractured 35-year-old bridge: Should we go with the endodontist’s plan to extract what’s left of the tooth and install one dental implant there and add another implant in the vacancy left long ago by a previous tooth extraction?

The implants themselves, by the way, are homely, titanium spikes with threaded surfaces that look like they might function pretty well, in a larger size, at holding together a barnyard gate.

“I have to admit, I was thinking they might look more space aged,” I said to the endodontist and his assistant as I examined a little plastic case with compartments holding different implants. “These look like they could be used on the farm.”

Looks, though, are less important than practical function. And apparently they function quite well, becoming one with the bone to lock in place and form a strong foundation for a fake tooth and to anchor a bridge.

But that’s not all. I’ll also need some bone grafts and tissue grafts to make the implants more secure and viable. So that will mean a string of fairly unpleasant visits to the dental chair, separated by periods of healing prior to each next step. After that, I will return to my regular dentist for the fake teeth and new bridge.

It's an off-and-on process of implant preparation and installation and bridge work  that is expected to take somewhere the other side of a year. To say nothing of what it will take from our savings.

So, there goes that fully equipped fishing kayak I’ve been eyeing at Scheel’s for a couple of years, and probably a few other outdoor odds and ends a semi-retired guy might like to buy.

But before I "sigh" too much, I have to remember that many low-income seniors would be thrilled simply to have the resources to get their teeth fixed, while only having to sacrifice an adult-level paddle boat and other outdoor toys to do it.

It’s a lot of money, this implant business. But it’s also my teeth, which are pretty important to my well being, all evidence to the contrary in Medicare’s lack of dental coverage.

My recollection is that Janklow thought so, too, labeling it a failure of Washington, D.C. proportions that that Medicare would offer general health coverage but not something that’s so essential to the general health as dental coverage.

I’m paraphrasing here, but putting it in quotes because, well, Janklow isn't around to yell at me for misquoting him. Or maybe he wouldn't yell. Because I believe this is pretty close to what he said:

“If don’t have the money, you don’t take care of your teeth. Then you don’t eat right. You don’t feel right. You get all kinds of other health problems. Only a bunch of idiots can they look at that and not see it’s a general health issue.”

Almost certainly, there would have been other words in there. You can probably guess what they might have been.

I can’t remember with an specifics when Janklow was considering his vaguely formed plan to provide state dental-care assistance to low-income elderly. I think it was back in his first term sometime. And I honestly can’t remember whether I talked with Janklow about it directly or talked about it with a Janklow staffer who repeated what Janklow said.

So you'll have to decide whether I'm a credible source on this. I think I am.

I’ve checked with several of Janklow's old buddies and former staffers in state government. One remembered the notion of senior dental coverage vaguely. A couple of others had no recollection of it at all.

But they offered one version or another of this: “I have no doubt that he would have come up with something like that. It sounds exactly like Bill.”

I agree. It does sound exactly like Janklow, which means it doesn’t sound much like the anti-government Republicanism that is so prominent today. That’s because for all his ranting about efficiency and all his attention to budget management examination of FTE numbers, Janklow wasn’t anti-government. He was a believer in properly managed government and what it could do for its people.

Janklow had ideas that affected people of all ages. But he had a wide, deep understanding of issues facing older citizens that was based on family experience and expertise. His mother, LouElla, was a registered nurse who owned and operated nursing homes and sought innovations and improvements in senior care.

Who would have witnessed and understood senior health issues, including those related to teeth, better than LuElla Janklow Nace? It would have been logical for her idea-oriented son to take that understanding and develop a plan of action as governor. So the dental plan made sense, if not necessarily dollars and cents -- at least, not right away.

What I know for certain now about the idea of helping low-income seniors with dental costs is that it never went anywhere far from Janklow’s office of ideas, which was an overflowing place.

There was no proposed dental-plan legislation or public pitch to the Legislature. No passionate explanations at a news conference. No late-night pizza-and-Pepsi sessions with staff on the second floor of the state Capitol to develop a plan and a way to design it, manage it and fund it.

About that Pepsi, by the way: Before you jump in with an all-caps "HE DRANK DIET COKE!" give me a second. My recollection is that Janklow was a Pepsi guy -- glass bottles whenever possible -- when he was elected governor in 1978. And he remained a Pepsi guy for a few years after that. My reporter brother, Terry, has the same recollection, adding that he recalls Janklow switching to Coke sometime during the 1980s. Later, after serious pancreatic surgeries, he switched to Diet Coke.

A former Janklow staffer has a different time frame. He recalls that Janklow was a Pepsi drinker when he became AG after the 1974 election. At some point during that AG term a picture ran with a Pepsi can on Janklow's desk. And a supporter who happened to be in the Coke business sent some free Coke and suggested that was the real thing. After that, the staffer says, "we all became Coke drinkers."

But knowing Janklow, I can't imagine he'd stick to that exclusively if he had a hankering for a Pepsi. And I remember watching him drink Pepsi in his office during his early years as governor.

Who cares? Well, old reporters and former staffers, I guess. And it is a column about teeth, so pop plays a tangential role.

But let's get back to funding senior dental plans. Oh yeah. It would have been costly. Real costly. Ridiculously costly, at least in up-front costs. Savings over the long term would have been obvious, especially to Janklow, and to his mom.

But those savings would have been hard to quantify, number by number, to lawmakers with brains focused on controlling budgets and fingers itching for a “no” vote.

A state dental plan for low-income seniors with actual funding probably would have been impossible to get through the Legislature, even for Janklow. And it would have been costly, and perhaps cost prohibitive, to implement and pay for.

If the feds won’t cover it, how could the state?

I understand all that, even as I watch that sweet fishing kayak and trailer roll down the ramp of my desires. And I’m fortunate that if I decide to go with the implants, I have the resources to settle my bill by working out a payment plan over the one-year-plus time period the process will take, and then cutting back on things that aren’t quite so essential as, say, my teeth.

But how about those fixed-income seniors who simply can’t afford it? Even less expensive treatment options would likely be a thousand dollars, or two thousand.

There are some community clinic options, and some free dental clinics here and there. For the very poor,  Medicaid offers some dental coverage in some states, on some things.

I don’t think we are one of those states.

So how many South Dakota seniors with limited incomes just decide to live a gap-toothed life, where chewing is more limited, smiling less enthusiastic, diets less healthy and overall health impacts more profound and numerous. In how many cases do bad teeth and untreated dental problems lead to an early death?

Janklow was smart enough to figure that the long-term costs to society from the impacts of bad teeth in seniors were probably greater than the up-front costs of a dental assistance program for retired people with limited means.

But he also understood pretty well what was possible, and what wasn’t.

And that's probably why his state dental insurance program for the low-income elderly is nothing more than a partial plate of recollections by a gray haired reporter with a beat-up set of teeth and a big dental bill in the making. 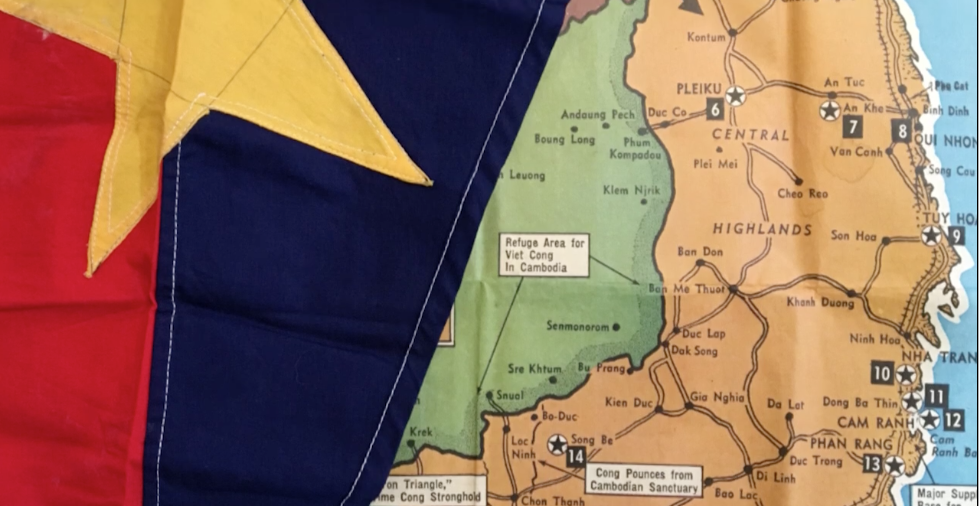 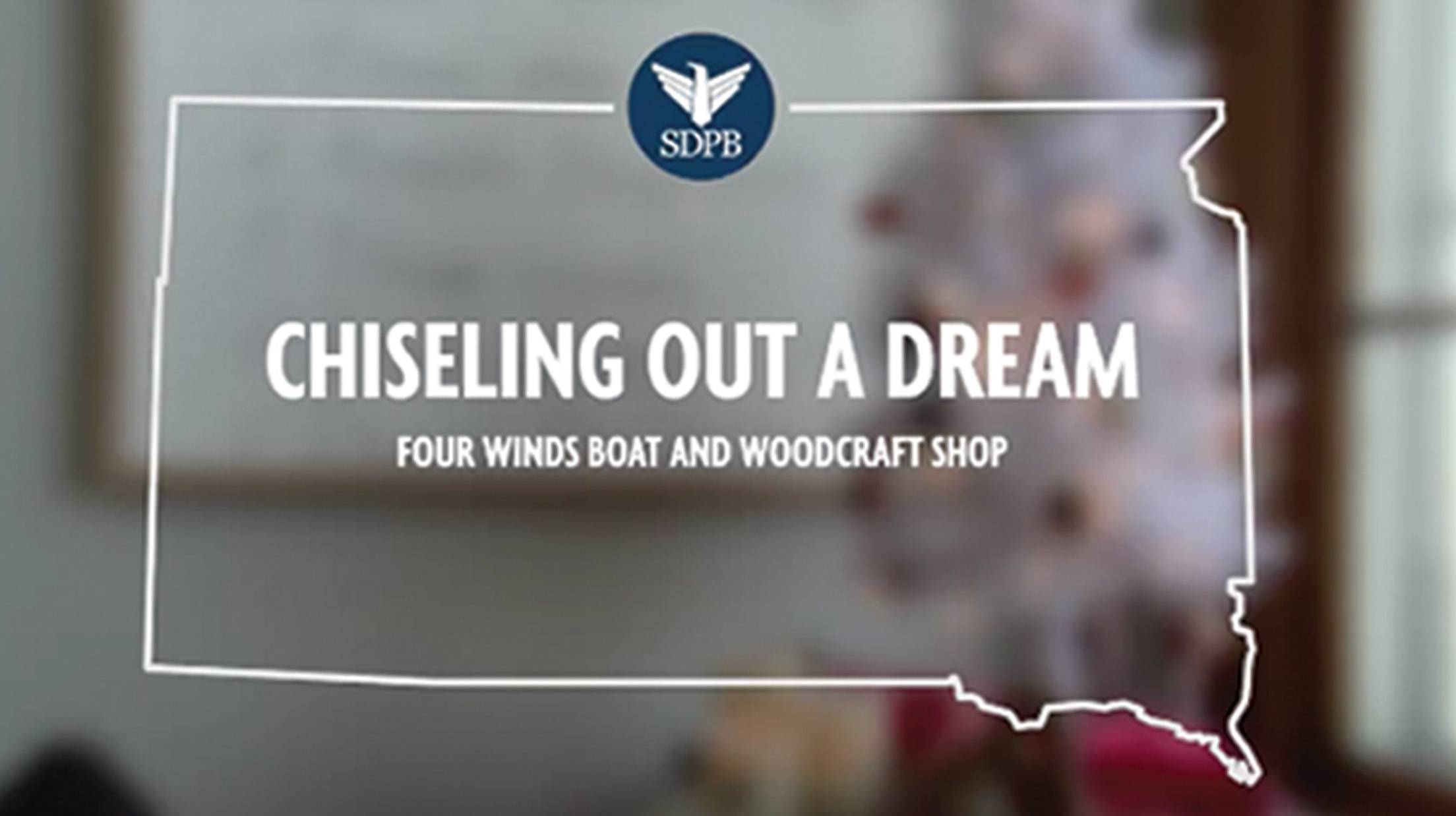