Looking back on it, that’s how I see my decision to lecture a Native American woman about the language and pictures she uses on social media.

Because, really, what does a Native woman in South Dakota want and need more than a critical opinion from a white guy? Oh, we can be so helpful.

“Seriously?” Mary said when I told her during lunch yesterday about my Facebook message exchange with the young woman. “And what was it that made you think that would work out for you?”

Head shake. Back to her lunch. Then back to me.

“Listen, I know you meant well,” she said. “And I feel the same way you do about the F-bombs and the way they’re so casually used on social media. But your approach and your timing, especially coming after Allender’s comments, well, just not a good idea.”

Yeah, white guys have a lot of those. Take me. Take Rapid City Mayor Steve Allender, too. But take me and mine first.

I thought I was offering helpful advice on productive social-media messaging. The Native woman, whom I consider a friendly acquaintance, has a great message of social justice and equality and has the courage to share it in public venues.

She’s smart and strong. I admire her, greatly. She matters to this discussion, a lot. And I think foul language and obscene gestures on social media sites discredit and diminish her and her message.

I thought I said so gently. But as Mary pointed out, that’s a tough message for an old white guy to deliver to a much-younger Native woman in South Dakota, especially after the, well, the Allender comment.

“Oh, no,” Mary said Sunday morning as she read the front-page story in the Rapid City Journal on panhandling, vandalism and crime in the downtown area. “What was he thinking?”

I had the same thought earlier when I read the same story and the same quote by Steve Allender, in which he said the safety issues downtown created by alcoholic, drug-addicted citizens who are often homeless and typically hopeless are, well, isolated to Native Americans.

And there’s the beauty and the bane of Allender’s existence as mayor. He speaks from the heart, an endearing quality. He speaks off the cuff. And sometimes he speaks around the Florsheim in his mouth.

As a foot-in-mouth communicator myself sometimes, I feel his pain. I also understand what he was trying to say with that comment, and might have said if given some time to reflect and a do-over.

What he did say, though, or at least the way he said it, was only good news for the newspaper reporter scribbling away at the time and for the unrelenting search for stories with impact in the newspaper game.

But Allender is generally right about the ethnicity of the overwhelming majority of troubled souls on the streets in Rapid City.

Occasionally, and more often in the summer, you meet a non-Native among the human beings who wander stretches of the bike path, sometimes sleep under bridges or in thickets along Rapid Creek, concentrate in the downtown area, collect on street corners, panhandle when they can and struggle day after day with deranged addiction.

But almost all are Native. There was probably a way for Allender to make that point without offense. That’s not the way he made it. And it’s certainly not the way the Native woman took it.

“The mayor said some ridiculous stuff and it made me angry,” she wrote in her response to my suggestions about social-media language. “I'm sorry if my authenticity is too much for you. I'm tired of all you white guys who say you aren't racist policing me.”

Then she lobbed another F-bomb for emphasis. Point taken.

I was at least smart enough to leave that one alone. I apologized for crossing a line in lecturing, for allowing my self-entitled male whiteness to overpower my common sense.  And I told her that I never say I’m not racist. What an arrogant thing for a white man in America to say.

In fact, I fight my own prejudice every day. And I expect I will for the rest of my life. I hope I’m making progress. I told her that.

And I hope my apology means something, because I value our relationship and her perspective,

These are such complicated issues — tied not just to alcohol but to methamphetamine. Meth is a key driver of violent crime in our community that can produce the kind of horrid attacks we’ve seen in alleged homicides outside the downtown area in the last week.

It’s all so much more complicated than anything that can be encapsulated in an off-hand comment to a reporter that, in the clear light of reflection, I’m guessing the mayor regrets.

The Journal gave Allender plenty of reflection opportunity by repeating the quote in a follow-up story on the front page the next day. In that story, he also asked: “Where is the Native American leadership?”  He said the addicted citizens wandering the downtown area and finding ways to get in trouble are “a walking billboard” that makes the Native community look bad, and should inspire Native community leaders to get more involved.

I’m all for more of that involvement. No real change can come without it. And these are disturbing images, in this daily downtown movie of despair.

But what can the Native leaders in our community do? They can’t solve the addiction problem. They can’t solve the city’s limited capacity to house, help and hopefully treat the substance and psychological problems that underpin the street-people population and its pain.

And long term, more policing isn’t the answer. We have addicts and alcoholics who rotate through the criminal-justice system in a sad judicial circus ride only to end up out and doing the same thing.

I have interviewed many of the people on the street. Off work, I have stopped to chat and shake hands and, OK, occasionally offer a dollar or two, even though it isn’t advised and I know where the money will go. And while I have on occasion felt threatened, that has been unusual.

More common is the experience I had after Saturday Mass a couple of weeks back. Father Mark McCormick was shaking hands at the south entrance of Our Lady of Perpetual Help Cathedral as Mary and Jackson and I helped tidy up after Mass.

Father Mark motioned me over to where he stood with two inebriated Native men.

“Kevin, these gentlemen say they need a ride to the detox center,” Father Mark said. “Can you take them?.”

Of course I could. We shook hands and introduced ourselves, and I said I’d meet them outside the south door with my pickup, while Mary took Jackson home in her car. Mine is an older-model Nissan cab-and-a-half, and things are a little tight. Plus, one of the guys was big. Really big.

So we had some squeezing to do. But they were obliging and tolerant, reflecting with dry humor on the physical contortions they performed to enter the vehicle. So we had a chatty, pleasant drive across town, as both spoke of their drinking and their need to stop.

One was from Cheyenne River, the other from Pine Ridge. Both were physically beaten down, they said, from doing nothing for days but drinking.

“I know I gotta stop this,” one said.

The other added: “Yeah. me, too. Hey, that church. Do you meet there every week?”

I said we did. More than every week. Every day, usually. Several times on Sunday.

I said we’d love to see him again.

The bigger guy added: “Last time I went to church was Mother’s Day.”

By the time we got to detox, they were expressing profuse gratitude for the ride. I told them it was my pleasure, truly.

“God bless you,” one of them said.

The smaller man gave me a friendly, realistic look: “We’ll try,” he said. “We gotta try.”

Indeed, they do, and so do we.

Whatever the solution is to this downtown challenge, it will and must involve Native American guidance and ideas. But the main burden is on the city, on its officials and all its citizens — including Native leaders and opinionated old white guys with periodically poor judgment — to figure it out and pay for it.

And, far beyond ethnicity, there are human lives at stake, every day.

It doesn’t take a genius to see that. 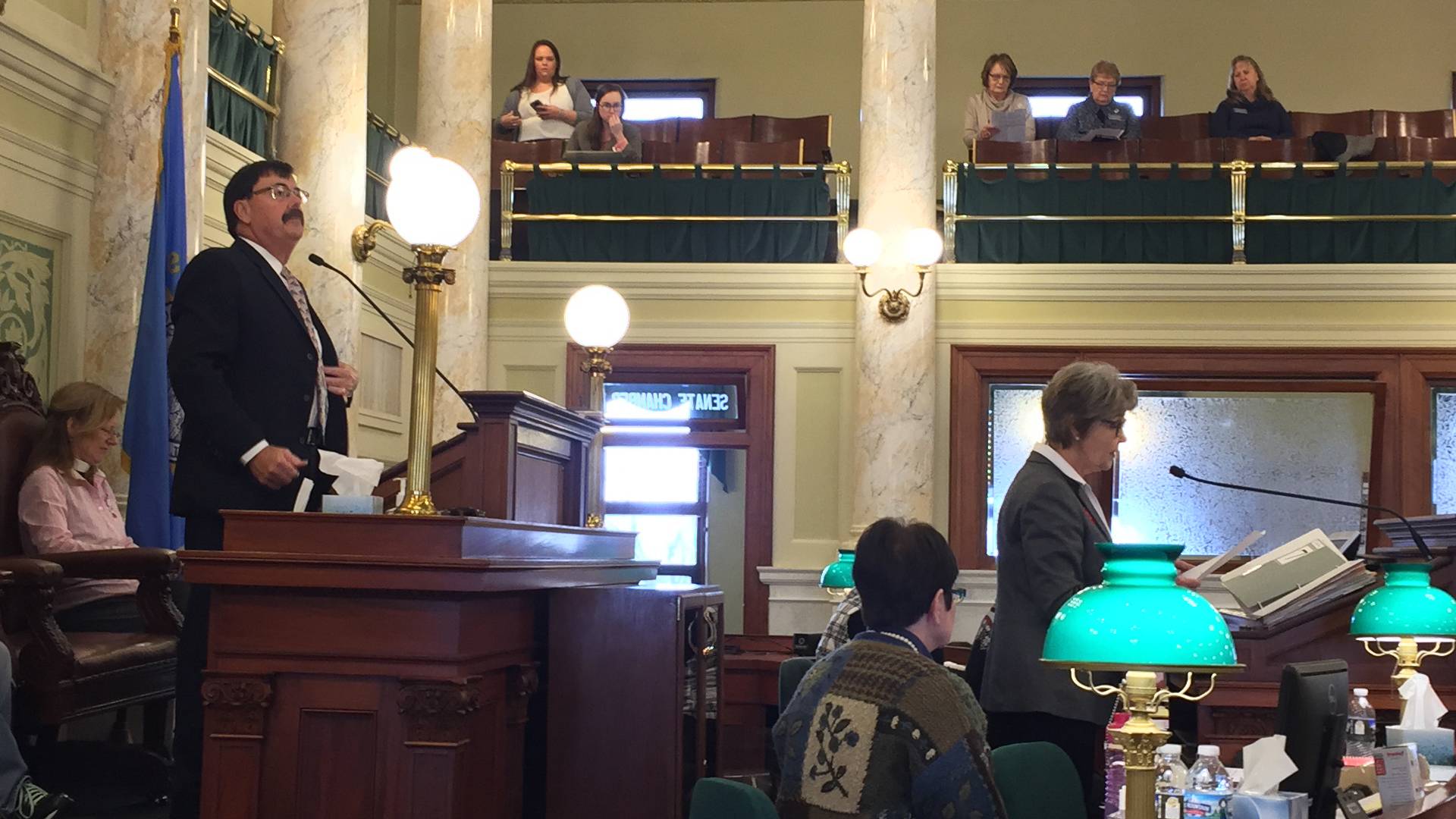 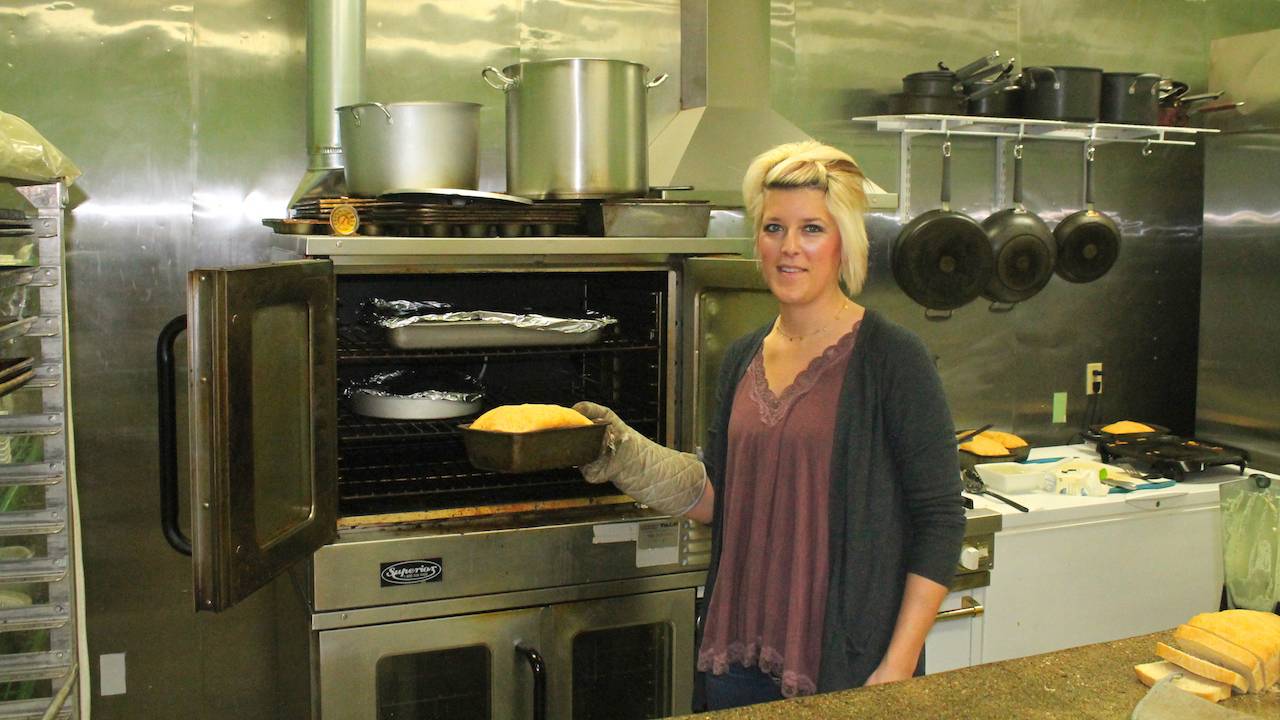