A Guitar On His Back In Vietnam 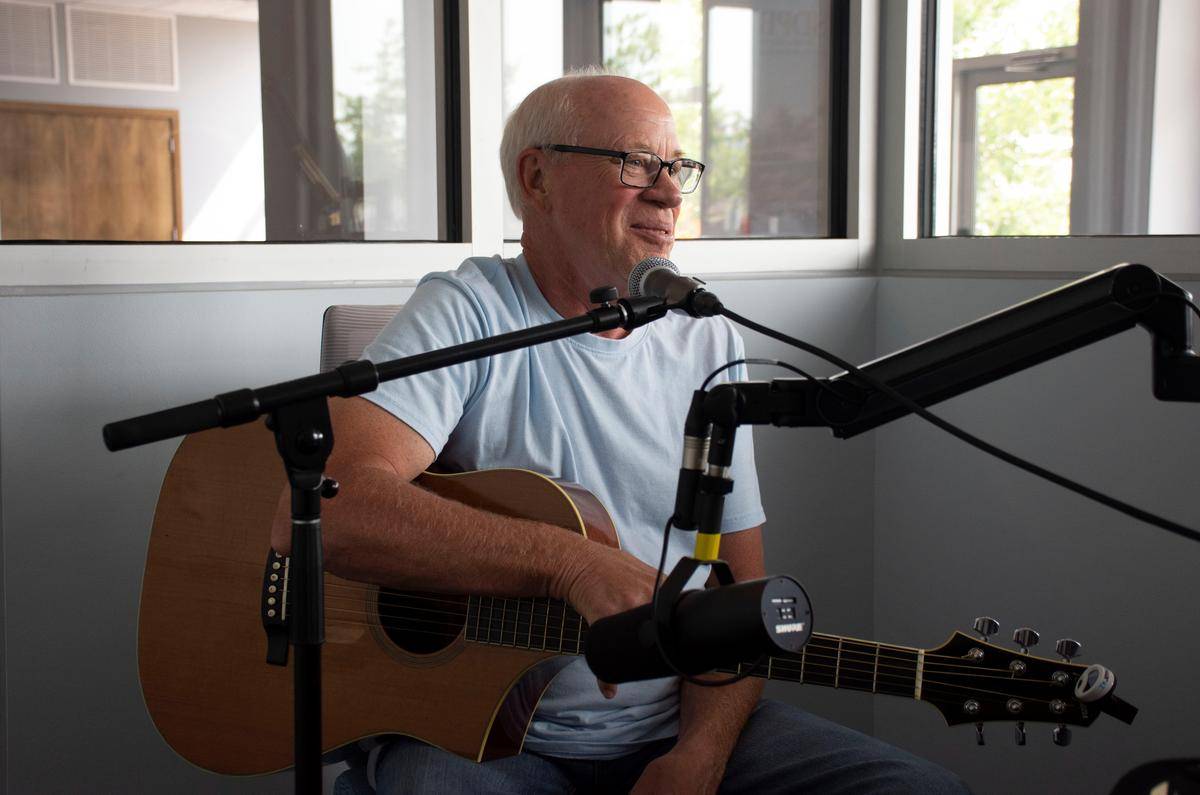 photo by Jackie Hendry
In the Margins

Radio is a visual medium.

But sometimes the full impact of sound is difficult to achieve inside the studio. SDPB's beat reporters have the advantage. They can walk alongside the people they interview, capturing their footsteps, the wakening sounds of the family farm, the cha-ching of the cash register inside a small business.

They can "take you there" with smart use of sound.

What we try to do on In the Moment is open the door for guests to tell their stories, and they often offer stories we didn't know existed before they unfold on air. Together, host and guest paint the picture, which can be like capturing lightning in a bottle when the clouds have yet to move in.

Recently we welcomed legendary South Dakota folk artist Jim Groth to the program for Moment in Sound. As a kid he joined a band that played surf music. While answering a question about the beginning of his career, he mentioned how his life in music was interrupted when he was drafted to serve in the VietNam War.

I'd never met Groth before. I didn't know what he would say when I asked him about being in the war without his guitar. You can't bring a guitar into battle, of course, I offered.

And, just like that, his eyes sparked and he told a story. It was a story about buying a cheap guitar in town and bringing it into the fighting holes of fellow soldiers where he sang and played for them. Young Jim Groth, who never wanted to go to war in the first place, helped others pretend for a few moments that war didn't stand a chance next to a song.

That's the kind of story that takes you out of your head and into the world. You can see the kid and his guitar when you listen to him tell it, can't you? You can see the guitar strapped to his back.

That's what I mean when I say radio is visual.

Jim Groth ended the segment by singing a song about his dogs, strumming away on a guitar that most likely has stories of its own that we didn't have time to talk about. Closing my eyes in the studio while he played, I was sure I could see those dogs bounding around at his feet.

previous Post
Learn
Daniel Tiger Back to School Checklist
by samantha dlugosh
•
next Post
On the Other Hand
During a summer of discontent for some Republicans, Sutton poll offers hope for underdog Democrat
by kevin woster
•
next Post 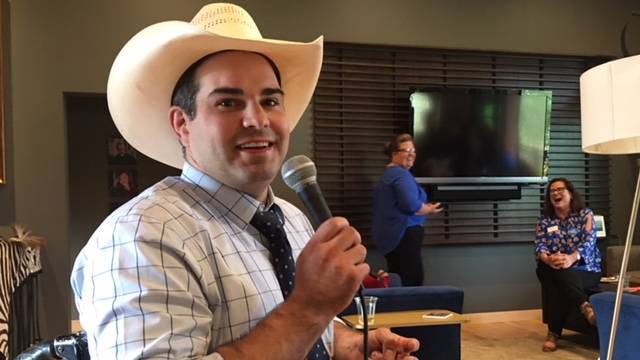