Lake Oahe is a popular spot for anglers to try their luck catching walleye, bass, pike, and many other sport fish.

However, Oahe holds another secret: salmon.

On a windy evening on Lake Oahe, John Murphy, who supervises conservation officers for the South Dakota Game, Fish and Parks Department, attached a gray 10-pound weight to fishing line. The ball pulled a lure down about 80 feet where salmon feed on smaller fish.

“So, what I’ll do, I’m going to put this on the line, and I’ll attach this to that ball, and it’ll pull it down so when a fish hits it, it actually comes away from the ball.”

John held up a shiny, flat sheet of metal that reflected the sun. A lure trailed behind it.

“So, these are what they call flashers, so this is what it’s supposed to look like going through the water,” John said. “So, this is supposed to simulate a school of smelt and this is like a sick one at the end and that’s why they go for the last one.”

Leslie formerly worked for the Department of Game, Fish and Parks and currently is an environmental scientist for a private company. They love salmon-fishing and have developed a few tricks of the trade. John reached into a cooler to bring out a container filled with an odorous mixture of tuna and garlic to cover the lures. The intention is to entice salmon with the strong smell.

On the lake with John Murphy 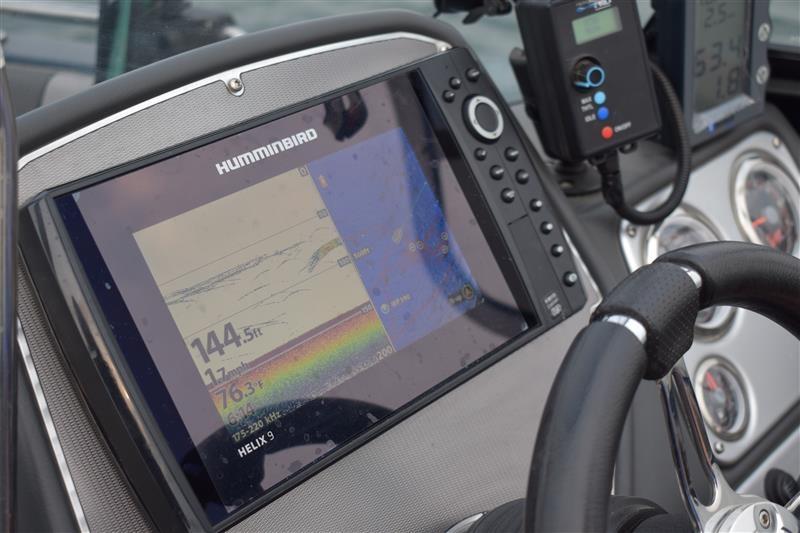 1 / 5
Share This Gallery
A radar system connected to the boat picks up where fish are and the depth of the lake. 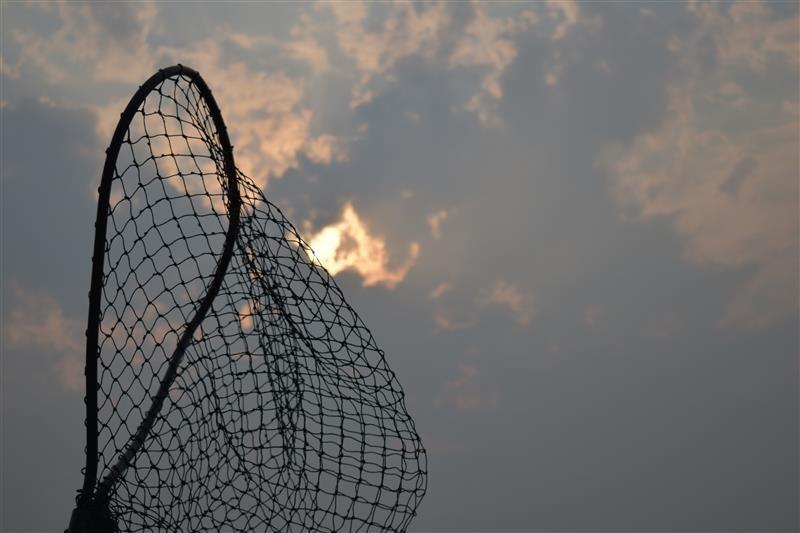 2 / 5
Share This Gallery
A net is on hand to capture the salmon once it's reeled in. 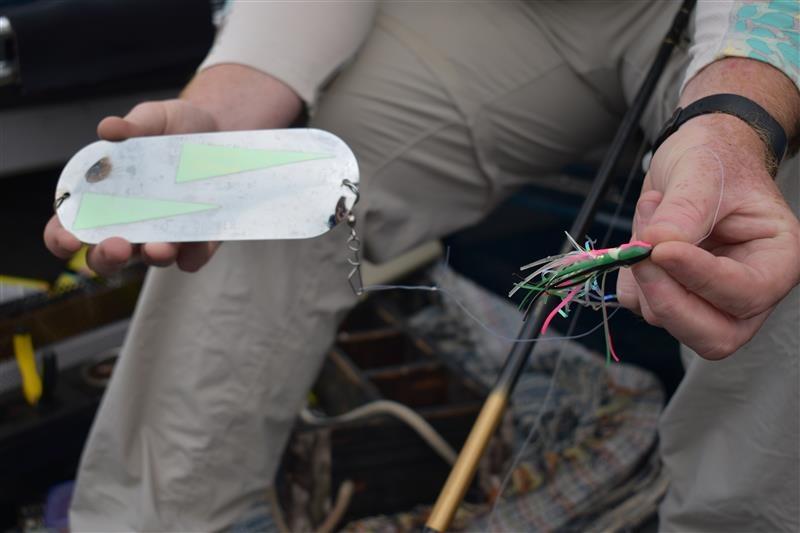 3 / 5
Share This Gallery
John Murphy holds the lures they use to mimic a school of smelt. 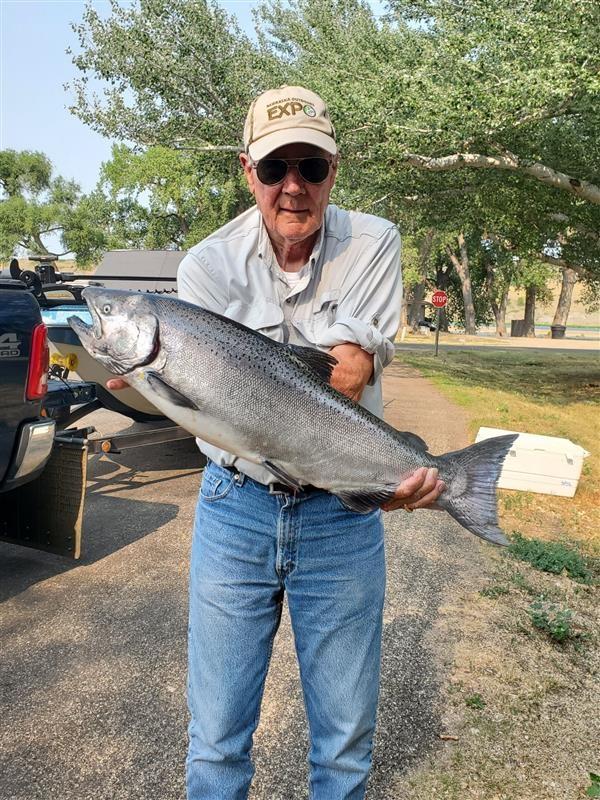 4 / 5
Share This Gallery
Walt Meyer is from Nebraska and fishes with the Murphys whenever he has a chance. John attributes a lot of his salmon fishing knowledge to Meyer. 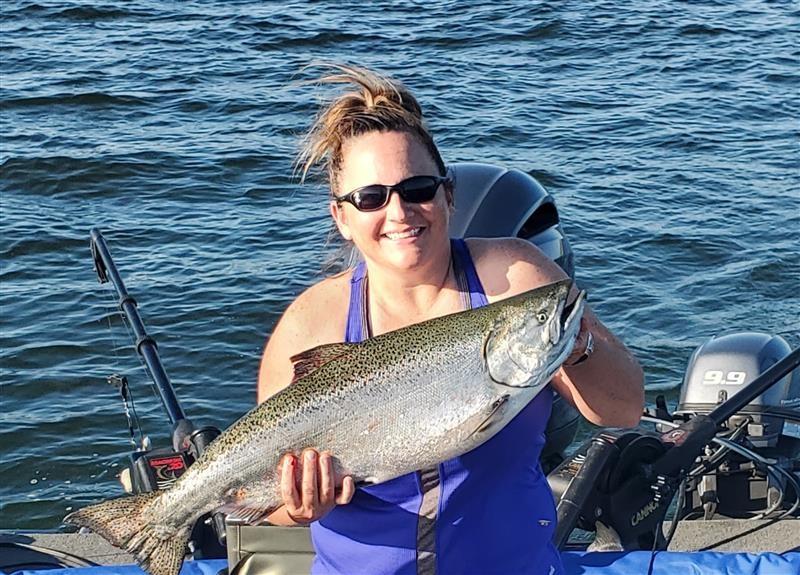 5 / 5
Share This Gallery
In July, Leslie Murphy holds up a trophy salmon after a successful day salmon fishing.

Each year, the Department of Game, Fish and Parks stocks salmon in the Missouri Reservoir, drawing anglers from around the Midwest.

“When chinook salmon were first introduced, found in the reservoir, anglers immediately took notice, were super interested. It created what was called almost like a salmon mania,” Hanten said.

“It’s not a normal, natural environment,” Hanten said. “This is a man-made system with these large Missouri River reservoirs and chinook salmon happened to fit that mold pretty well, even though it’s basically salmon out on the prairie.”

Gravenhof implants trackers in juvenile salmon and stocks them in Lake Oahe. 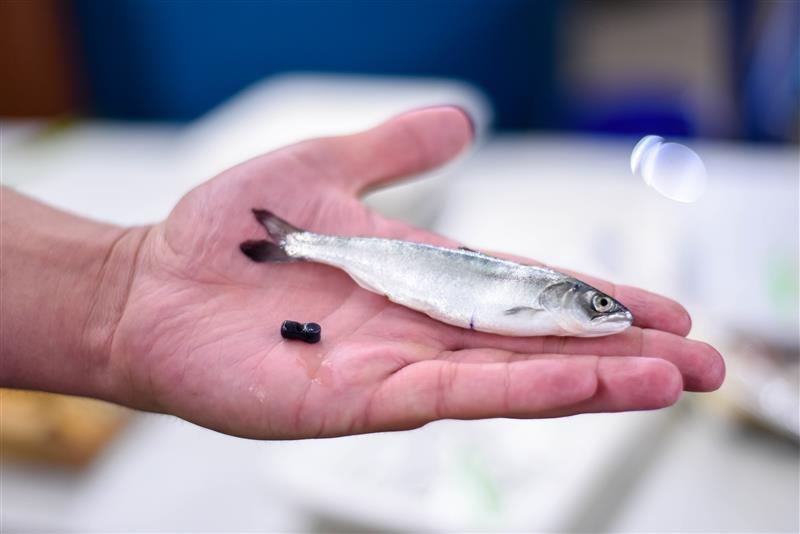 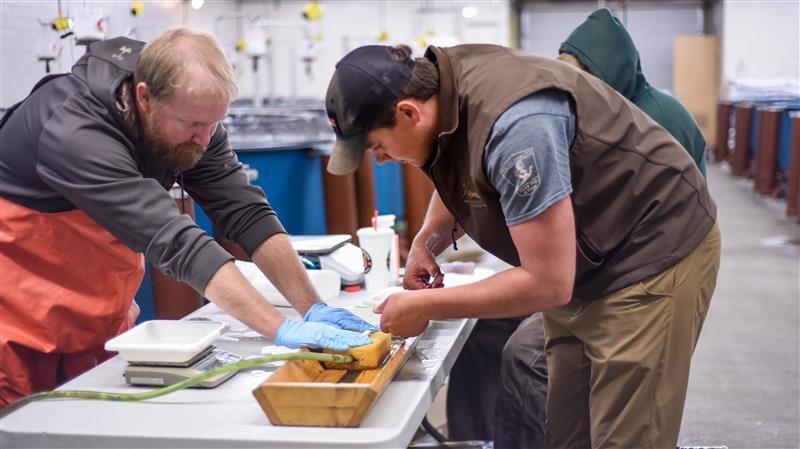 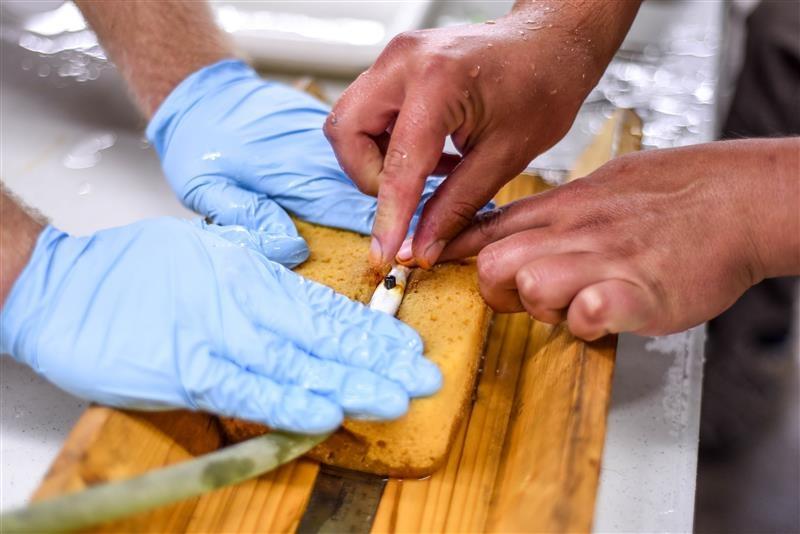 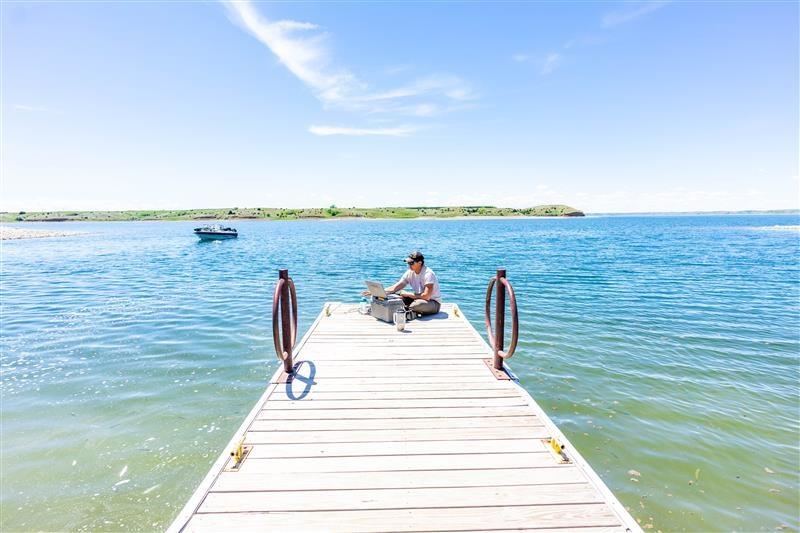 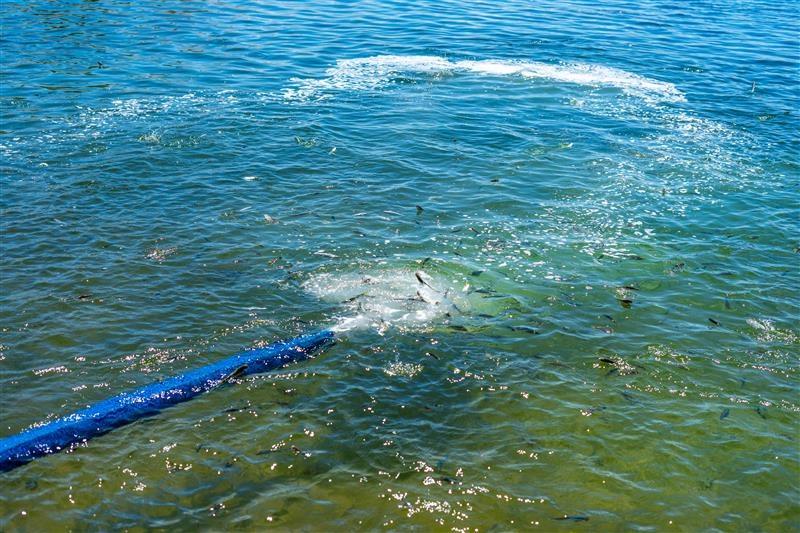 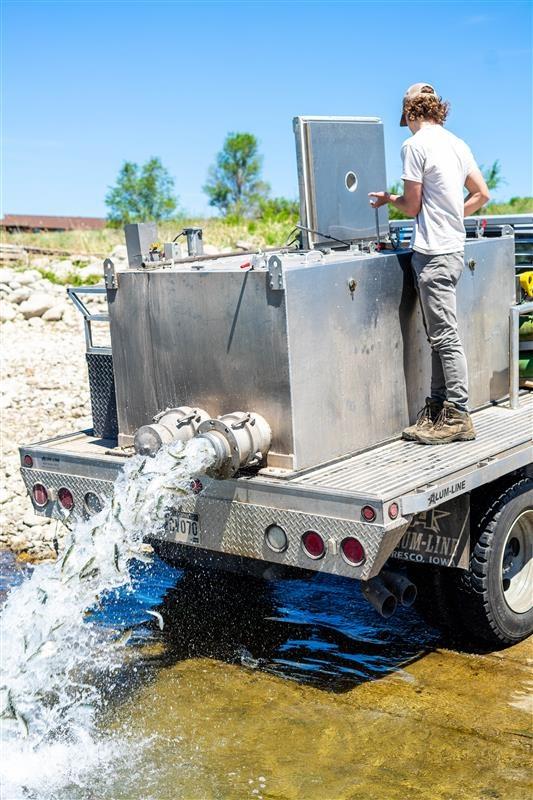 In their native habitats, chinook salmon spawn in fresh water and then make their way out to the ocean. After four to five years, they return to their spawning spot to breed and die. Research surrounding the fish’s ecology has centered around reproduction because the Oahe chinook salmon cannot reproduce sustainably in the lake.

“In the actual hatching process back at the hatcheries, different life stages occur with those eggs in development that instead of that actually hatching out and becoming a little fish, you actually have high rates of loss or mortality where those eggs just don’t survive to become fish,” Hanten said.

Game, Fish and Parks biologist Dylan Gravenhof is conducting research surrounding the behavior and survival of juvenile salmon after they are stocked in Lake Oahe for his thesis project. Gravenhof and his team are tracking 50 salmon this summer and 50 more the following summer.

“We purchased these special little transmitters that we can surgically implant inside the fish, stitch the fish back up, [and] we return them to their tanks at the hatchery,” Gravenhof said. “Eventually, when those fish get released into the water, we can track and see where they go and if they survive.”

They use passive and active trackers to record the location of each fish. When a fish swims by a passive tracker, a signal is recorded to pinpoint where that individual fish is and that it is still alive. The tracking devices have a special polymer coating that will dissolve if the salmon is eaten by a predator.

Melissa Wuellner is an associate professor at the University of Nebraska-Kearney and works with Gravenhof on the project. She said the data will allow them to determine better ways to stock the lake.

“It takes a lot of time, and manpower and really money to raise fish to be stocked out and you want to kind of maximize that return on that investment. And so, we can look at improving success of stocking in so many different ways.”

Gravenhof foresees applying the data to surrounding areas as well.

The Murphys have been salmon fishing together for over a decade; John started fishing for salmon with his father from a young age.

Leslie grew up hunting and fishing for walleye in rural Minnesota, so she is not a stranger to fishing. However, she became hooked after the first time she caught a salmon.

Leslie and John Murphy are on a streak this summer. They’ve caught a salmon every time they’ve gone fishing on Lake Oahe.