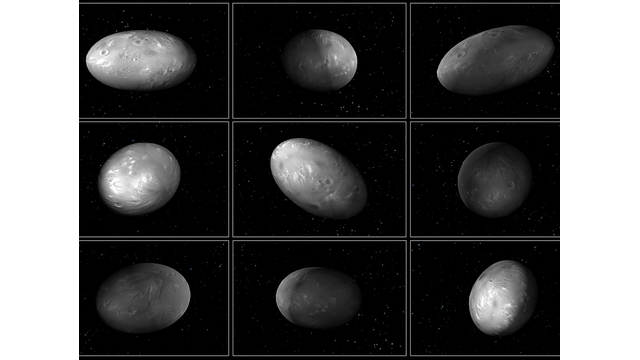 In the NFL, something that behaves like Pluto's football-shaped moons might be called a wobbly duck. NASA simply calls them astonishing.

Instead of steadily rotating through their orbits, two of Pluto's moons "wobble unpredictably," the space agency says, citing new analysis of data from the Hubble Space Telescope.

The two moons, Hydra and Nix, are the largest of the four moons that move around Pluto and Charon — the "double planet" that is the destination of next month's visit by NASA's New Horizons spacecraft.

New Horizons is expected to provide new details of Pluto, which has never been photographed in crisp detail. For now, scientists are going over the new Hubble analysis.

"Hubble has provided a new view of Pluto and its moons revealing a cosmic dance with a chaotic rhythm," said John Grunsfeld, associate administrator of NASA's Science Mission Directorate in Washington.

The moons' wobbling comes from the shifting gravitational field generated by Pluto and Charon, which together have been compared to a barbell, for the way they roll through space together.

"Their variable gravitational field sends the smaller moons tumbling erratically," NASA says. "The effect is strengthened by the football-like, rather than spherical, shape of the moons."

NASA released images of Nix, which can be seen above. If you stare at the oddly shaped, gnarled moon, with its craters and swirls, you'll be forgiven for thinking it looks not just like a football but like a potato. Which raises the question: Would a nickname for these moons be pronounced plutayto — or plutahto? 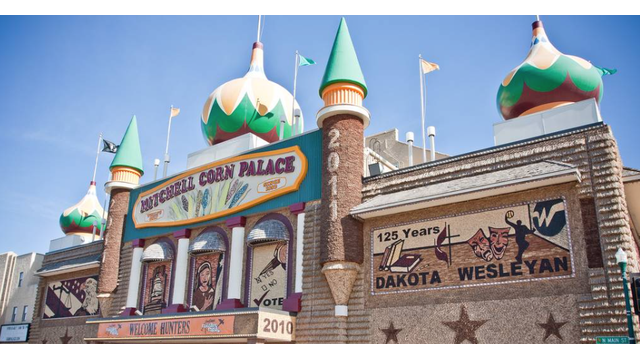 previous Post
News
Top-10 Places To Live in South Dakota
by nate wek
•
next Post
News
Being Proposed To At McDonald's, Girlfriend Wasn't Lovin' It
by Author
•