The Sioux Falls Washington Warriors defeated the Brandon Valley Lynx 41-31 in the 11AAA championship game on Saturday night. This is back-to-back titles for the Warriors football program.

Brandon Valley got the ball to start the game, but on the first play, Matt Eigenberg fumbled the football after a 14-yard gain. Washington recovered, and it was 4-yard run by Tupak Kpeayeh to cap off the 34-yard drive for the Warriors.

The Lynx got a turnover midway through the opening quarter, courtesy of Matt Eigenberg, giving Brandon Valley great field possession. Alex Waltner gets a 5-yard touchdown pass to Spencer Grage to tie the game at 7-7.

On the first play of the next Washington drive, Jayden Johannsen threw a 73-yard touchdown pass to Thuro Reisdorfer, which gave the Warriors the lead back, 14-7, with 5:54 to play in the first quarter.

Washington answered on their next possession finishing an 80-yard drive with a 3-yard touchdown run by Sean Oromo. This gave the Warriors a 21-10 lead over the Lynx at the 8:09 mark in the second quarter.

The Lynx then put together a 92-yard, seven-minute drive. Quarterback Alex Waltner finished it with a 27-yard touchdown run. And with 56-seconds to play in the half, Sioux Falls Washington held onto a slight 21-17 lead.

Brandon Valley started the scoring in the second half when Waltner completed an 80-yard pass and catch to Wilson Kolbeck. That led to a 7-yard touchdown pass from Waltner to Grage giving the Lynx a 24-21 lead over Washington at the midway point of the third quarter.

Needing a big play, the Warriors rose to the occasion. Logan Uttecht stepped in front of Waltner pass for the interception. Two plays later Kpeayeh exploded through the middle for a 35-yard touchdown. This gave Washington the lead back, 28-24, with 2:31 to play in the third.

The Warriors got the ball back after a Brandon Valley three-and-out. On the next play Kpeayeh fumbled, recovered by the Lynx. Then, Braiden Peterson broke loose for a 39-yard touchdown. With 1:09 to play in the third quarter, Brandon Valley led Washington 31-28.

On the kickoff following the touchdown, Reisdorfer returned it 99-yards for a touchdown, which is an 11-man record for longest kick return. This gave the Warriors a 34-31 lead, due to a missed extra point.

Late in the game and with the Lynx desperately needing a third down stop, Kpeayeh broke loose for a 38-yard touchdown. That gave Washington a 10-point lead with only 1:31 to play in the game.

Time ran out on the Brandon Valley next possession, sealing the victory for Washington.

Tupac Kpeayeh of Washington is the 11AAA Joe Robbie MVP. In the game he had 231 rushing yards and three rushing touchdowns.

previous Post
Sports & Recreation
2016 11A Championship: Madison Wins Back-To-Back Championships With Win Over Tea Area
by nate wek
•
next Post
Images of the Past
The Gordon Stockade
by brian gevik
•
next Post 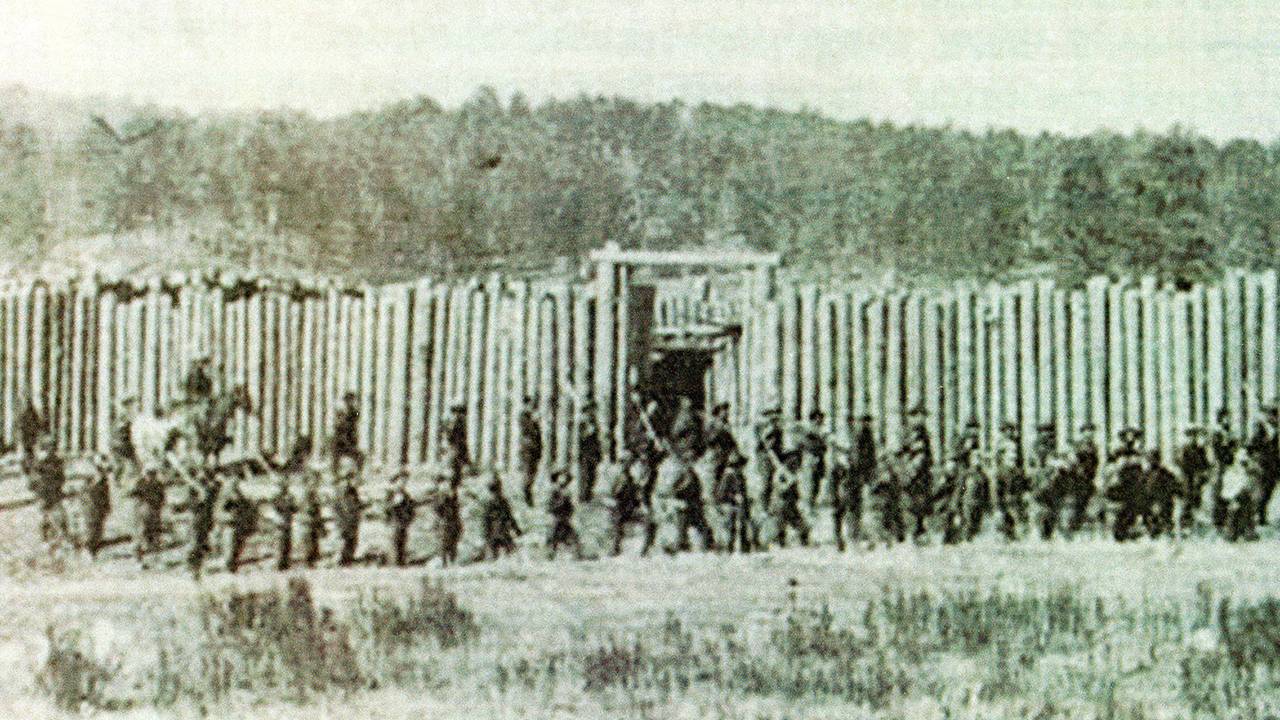