A Rivalry And Championship, Lower Brule vs Crow Creek 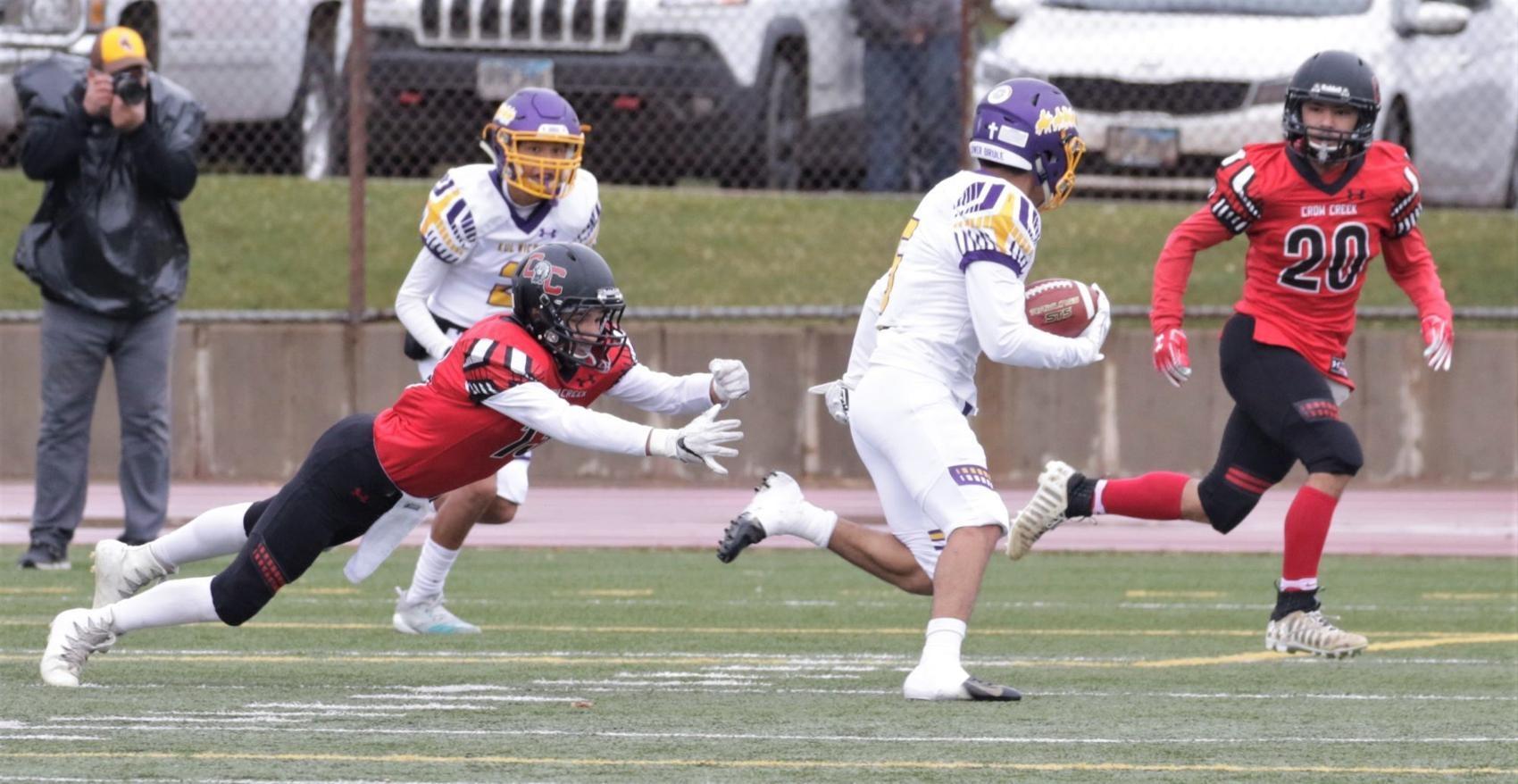 Crow Creek and Lower Brule – two rivals separated by just fifteen miles. For many years these two schools have been trying to one-up each other on the basketball court. This year, however, and for the first time since the 1990’s, the rivalry between the two has been rekindled on the gridiron.

This is made possible because of the newly created high school football league that both schools are now a part of – the All Nations Football Conference. The league consists of twelve native schools in South Dakota, who are separated by two divisions – west and east.

Prior to the All Nations Football Conference, Crow Creek played 11-man football while Lower Brule was in the 9-man ranks. Because of this, these two teams never matched up to play one another in football.

After three weeks of playoff contests, only Crow Creek and Lower Brule remain – the league’s first ever championship on the line.

The All Nations Football Conference championship game is scheduled to take place in Vermillion on Friday night, November 8th. Lower Brule senior Mason Jandreau thinks the opportunity to play in the Dakota Dome is surreal.

“I can tell you right now as an eighth grader, seventh grader, freshman, beyond – I never thought that I would be playing in the Dakota Dome in my life,” explained Jandreau. “Even if I were to second myself and play at the collegiate level, I never had that thought in my head. Now that we’re here, it’s like ‘whoa.’ It’s like a shocker, but it’s an awesome shocker. We did it, we’re here. We’re a family and we’re ready to show up for our community.”

Because the two schools are so close together, the rivalry is only natural. For Lower Brule senior Teron Sazue, it reminds him of a well-known rivalry in college basketball.

“I look at [the rivalry] like it’s a Duke – North Carolina basketball game, because like 8-miles apart,” said Sazue. “The excitement, the energy of the game when we play each other, it’s just unexplainable.”

Earlier in the regular season, Crow Creek and Lower Brule faced off in Rapid City during the Lakota Nation Invitational fall event. The Chieftains were victorious over The Lower Brule Sioux 22-8.

“We’ve only given up twenty-four points all year. On defense they just hustle, they do their assignments,” said coach Klaudt. “We feel like we can cover everybody man-to-man, because our speed is outstanding.”

On the flip side, Lower Brule understands they may not have the size to match up with Crow Creek, but they have the heart and determination to make up for it.

“This is a special team. I told the guys ‘you are going to be the team they talk about [around here] for the next twenty-five years, or until someone else gets back [to the dome],” explained Prado. “It’s going to be cool.”

Both coaches mentioned how this Friday is ironic… even though the two schools are only separated by fifteen miles, they have to travel over three hours to play for a state championship.

Kickoff of the first ever All Nations Football Conference championship game is scheduled for 7 pm CT on Friday night.