Bon Homme defeated Kimball/White Lake 35-20 on Thursday afternoon in Vermillion to win the Class 9AA state football championship. This is the first state title for the Cavaliers football program since 1995.

The WiLdKats found early success on offense as well. Running back Carter Fredericksen broke loose for a 53-yard touchdown run. The two-point conversion was no good, but it was enough for Kimball/White Lake to claim the early lead.

Both teams then traded a couple of offensive possessions. The WiLdKats defense held Bon Homme to only 17-yards of total offense on their first three possessions, which included 0-3 on third down conversions.

With 2:05 to play in the opening campaign, Kimball/White Lake extended their lead to 14-0. WiLdKats quarterback Javan Holan connected with wide receiver Cody Westendorf for a 50-yard touchdown. The two-point conversion was also good.

Defense for Kimball/White Lake continued its strength on the next Bon Homme possession. Defensive back Caden Lenz picked off a Joey Slama pass. This led to an 8-yard touchdown pass from Holan to Justin Becker, and at the end of the first, the WiLdKats led the Cavaliers 20-0.

Bon Homme scored their first points of the game on their first drive of the second quarter. Quarterback Slama found space down the sideline for a 31-yard scramble. The two-point conversion was no good, and with 8:23 to play in the half, Kimball/White Lake still held a 20-6 lead.

Momentum then began to change… The Cavaliers defense was able to force a three-and-out on the next Kimball/White Lake possession. On the next Bon Homme drive, Slama connected with wide out Nate Scieszinski on a post pattern that went 34-yards for a score. The two-point conversion was unsuccessful, but that score made it a 20-12 game with 5:00 to play in the first half.

With only seconds to play in second quarter, and near midfield, Bon Homme forced a turnover on a fumble, giving them a last second chance to shrink the eight-point deficit. A 46-yard field goal attempt by Cavaliers kicker Joshua Crownover misses just left of the uprights as time expired.

Bon Homme started the third quarter by forcing a three-and-out. After a short punt, the Cavaliers went 35-yards, the drive was finished by a 3-yard quarterback keeper by Slama, to set up an opportunity to tie. The two-point conversion was good, tying the game up 20-20 with 8:47 to play.

It was then another offensive possession for Kimball/White Lake, and another three-and-out. Bon Homme would then grab their first lead of the game when Scieszinski got free for a 56-yard touchdown off of a wide receiver screen. The extra-point was no good, but with 6:29 to play in the third quarter, the Cavaliers led the WiLdKats 26-20.

Bon Homme had a chance to extend their lead on their next possession with a 26-yard field goal, but it was no good. On the very next play, Cody Westendorf of Kimball/White Lake fumbled the football, which was recovered by Slama of Bon Homme. This gave the ball back to the Cavaliers deep in WiLdKats terriroty.

The Bon Homme drive stalled inside the 10-yard line, but Crownover connected on a 25-yard field goal, making it a two-possession game.

With 7:06 to play in the game, the Cavaliers scored again. Slama found wide out Noah Heesch in the flat for a 6-yard touchdown. The extra-point bounced off the goal post, but Bon Homme led Kimball/White Lake 35-20.

The WiLdKats had one final chance at points. A few big plays set them up inside the red zone. Facing a fourth down, Kimball/White Lake got the touchdown they needed, but it was negated due to a holding penalty. On the next play, Bon Homme defense came up with a huge sack, forcing a turnover on downs.

This is the first state football championship for Bon Homme since moving to 9-man football. Previously, they won state titles in Class 11B in 1994 and 1995. 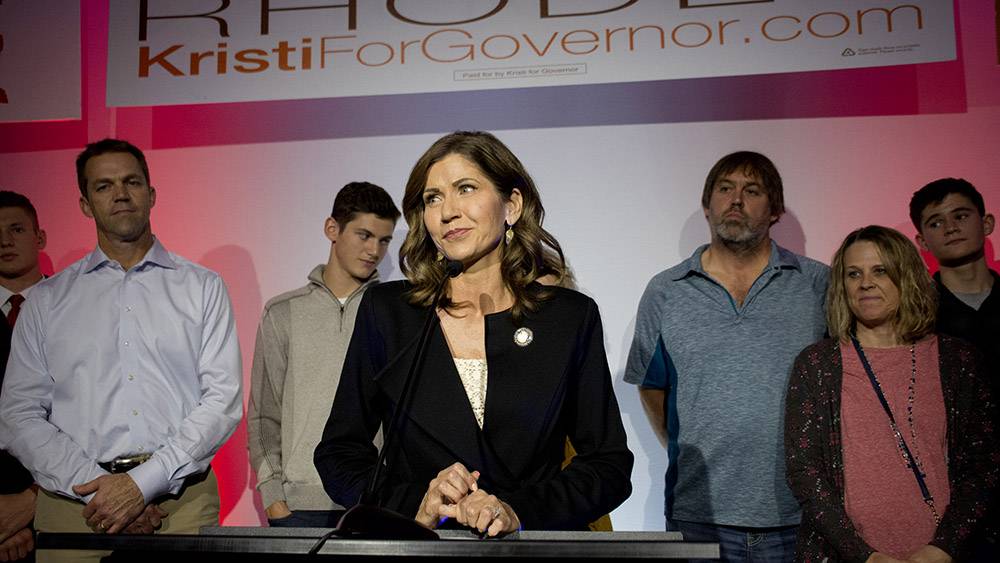 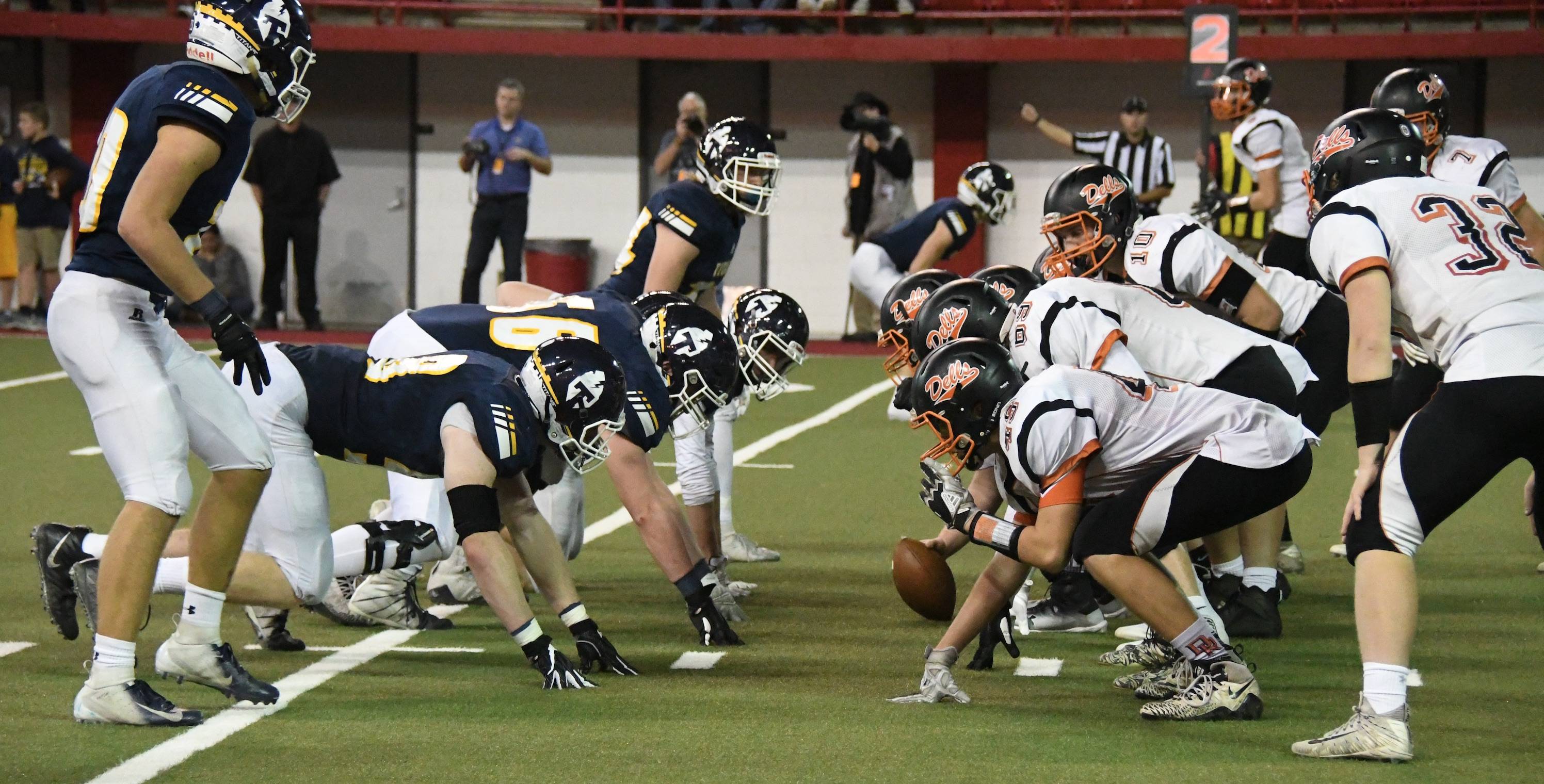