Impressive, Memorable, and Dominant: Lincoln Wins Sixth In A Row

Sioux Falls Lincoln reached the top pinnacle in boys’ tennis on Saturday afternoon, winning their sixth straight state championship. Patriots Head Coach Tom Krueger stated that his squad only concentrates on the season at hand, no matter what happened the year prior.

"First of all, we don’t talk about the streak. It’s always a different season, it’s always a different group of kids. But they’re motivated, because they play so much during the offseason," explained Krueger. "It’s not what I do with the two months they are with me, it’s what they do the ten months when they’re not with me. They play a lot of tournaments. I’ve had kids come up to me at the end of the season saying ‘now it starts for next year,’ they’re just ready to go, so I don’t have to motivate them at all."

At this year's state championship event, the Patriots won five of the six 'singles flights' and two of the three 'doubles flights.' They also put up a total of 689 team points, a 76-point lead over the second place Sioux Falls O'Gorman Knights.

Since 1971, when the one-class system was established in South Dakota high school tennis, Lincoln High School has won 18 state titles in boys’ tennis. As impressive as the current streak of six-in-a-row is, it's not the first time that the Patriots program has shown dominance over an extended period of time. They also won five straight state championships in the mid to late 90's (95-99).

But why has Lincoln developed such a strong reputation with Tennis? What do they do that's so special? Well, part of it is the location in Sioux Falls that Lincoln pulls its kids from.

"Part of it is our neighborhood. It seems like the McKennan Park area has always been the heart of tennis in Sioux Falls and luckily the McKennan Park area is in the Lincoln district," said Coach Krueger. "So that's a large part of it, it just breeds on itself. You get that tradition going, people want to be apart of that, and so they come to Lincoln to play tennis and we've been successful because of that."

At some point, the streak will end. Like all things in life, all good things will eventually come to an end. But the question of when is yet to be seen. Lincoln's Sam Dobbs, who won Singles Flight 1 and Doubles Flight 1 over the weekend, is the lone senior on the Patriots tennis squad for 2019, which means a strong group will return in 2020.

It's important to note just how big of an achievement this era of boys tennis has been for Sioux Falls Lincoln. Years from now they'll be remembered, and it's going to be difficult for any other program to replicate this kind of success. 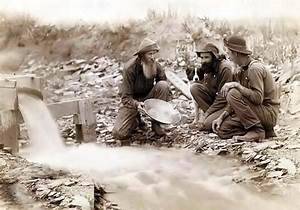