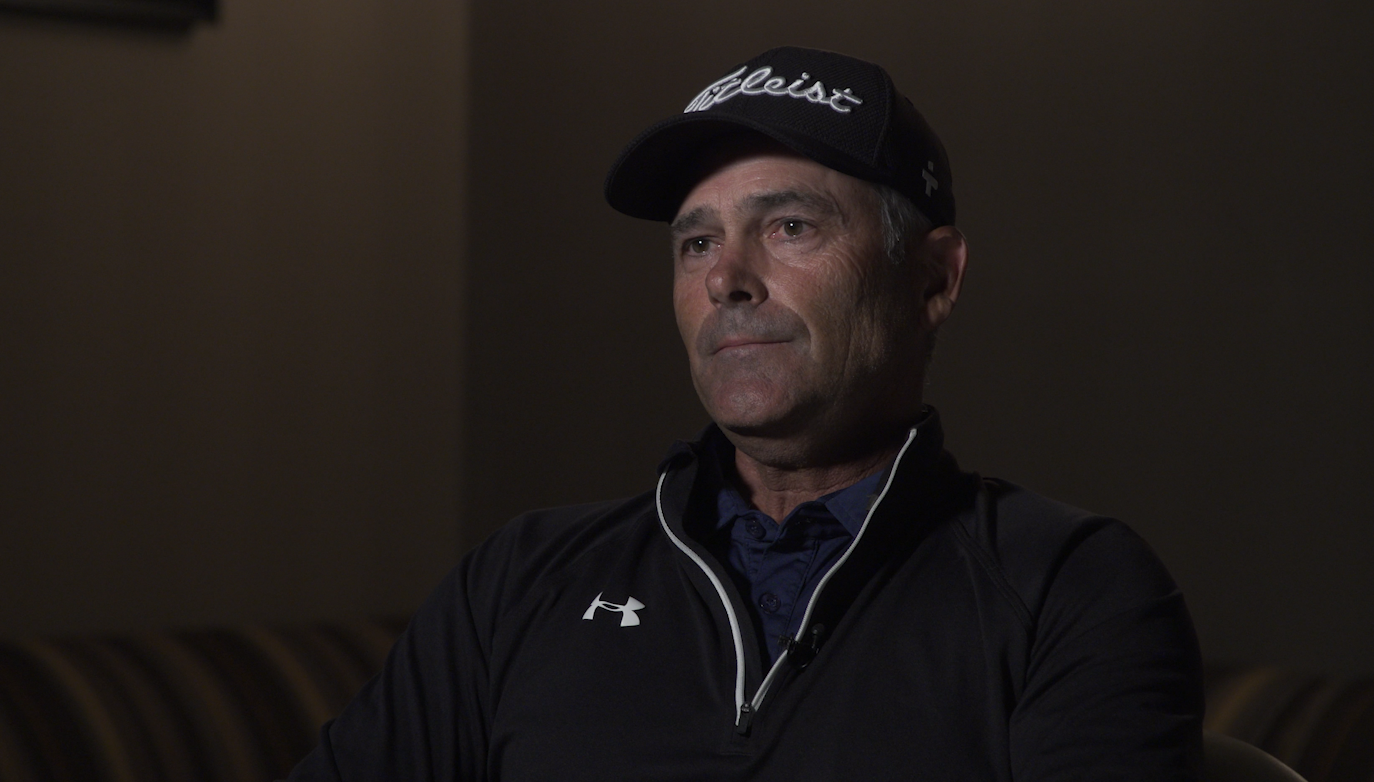 On Wednesday, South Dakota Public Broadcasting was granted a one-on-one sit down interview with Onida, SD native Tom Byrum. Both Tom and his brother Curt became professional golfers. In our conversation with Tom Byrum he discussed the Sanford International event, growing up in South Dakota, and making it at the professional level.

How big is it that your home state of South Dakota is able to have an event like the Sanford International. Is this something that you thought would ever be possible for the Mt. Rushmore state, to host something like this?

No. Probably not, but growing up we didn't really think about that, in our own state I suppose. It just wasn't anything like that, so I guess we didn't even consider it a possibility. Later on when my brother and I both were in our 50s we knew this would be a good venue to have a champions tour event. Somebody's doing it and it's great deal, we're really excited.

Well one of the things would have been how well received it was going to be with the people. And how perfect it was drawing from the area with Minnesota, Iowa, Nebraska, all being close and so many people in this area that would support it and volunteer. We kind of knew it was the perfect spot for a lot of reasons, but I think mainly I was happy for the people. Because, we'd see a lot of people out at just about any tournament we played over the years and tour events, and it's funny how many South Dakotans you run into out there.

What was it like to grow up in Onida, SD?

Well, first of all, we didn't know that much different really. Ya know, Pierre was 32 miles away, so till we were serious about golf we didn't really get to go down there as much as we could have probably. I mean we went down a few times, but the 9 hole course, the sand-green course was our practice ground. We got the run of the place, we'd hit golf balls all day out there from any direction when there the wind was going. It was just the perfect driving range for us to grow up on.

As far as playing it, it wasn't the greatest preparation on those greens to play grass greens, but it was a great experience. At the time, I didn't realize how great a spot this was to be able to hit your own golf balls, and do your own thing on a piece of ground that nobody cared what you did really. And then to still have access to a good golf course in Pierre…

Growing up and playing with your brother Curt, what was that like? Was there a competition between the two of you on a fairly regular basis?

I really didn't pay too much attention to his golf game, because I had other thing going on when I was growing up. It really wasn't till I was a junior in high school that I went out for the golf team, and they kind of had an open spot, so I made it. I'd always played, but you can tell by my scores that I hadn't taken it seriously. Ya know, shooting 90s and high 80s all the time. The rivalry as far as golf didn't really get going until we were in college. There was a bigger rivalry in basketball probably. Even then he had the upper hand, he was so much bigger, it was no contest for him, really. He'd back me under the hoop, that kind of thing.

I caught up kind of fast once I started getting into golf. In college, we had some pretty heated battles. It wasn't so much playing 72 holes or 18 holes or whatever; it was more of a chipping contest or a putting contest. I might beat him in, and he couldn't handle that. I'd usually end up on the ground, but it was worth it.

Was there a moment of clarity in college where you knew you wanted to play golf at the professional level?

Yeah. People ask me, “when did you know you were going to be a professional golfer?” It was just never one of those things that, “oh I'm gonna do this.” It was just one of those things where I'm just going to see how far this can go. With him I think he knew maybe that he was closer to it at the time. That he was going to be, but he took steps to really take it farther, and knew what he was going to do. Ya know, at that level you just never know if you can make it or not.

How tough is it in golf today, for a player to get their tour card?

I think it's really hard. I mean, I thought it was hard when we were around, but there's so many kids that are talented these days. I guess playing the Web now for a year, and getting a card that way, maybe separates them than just the one week a year. That where anybody can have a good week, but I'm not sure I'd want to be in that mix for sure right now.

Can you take us back to, if you remember, the first time when you stepped up on a box at the professional level, and there's a crowd around you: nerves going on, how do you cope with that? Can you kind of take us into that world?

Well I think you kind of get tunnel vision a little bit anyway. I think going through tour schools - even with no crowd - and having to just pay attention to what you're doing versus the crowd. On a hole there might be tight hole, it doesn't matter if there's a crowd or not. If there are trees and water, that's just as intimidating as a crowd line in the fairway, you know. So that aspect of it, you kind of get past that. I'm sure I'll be nervous on the first tee here, it's just natural. You always have a little, if you don't have that, I think you're just kind of like, “what are you doing?” You're maybe not feeling, that competitiveness you know? I think it comes out, but I don't know if you ever really get used to it like when you're coming down the stretch.

It's not the crowd, it's the pressure. It's the situation. Yeah, people are watching. Ya know, you can also think about the TV too, it's all in there. You have to just put that all aside anyway. I think it's just over time you get used to it. You either just tune it out or you accept it, and just enjoy it. You kind of have to roll with it, and look at the people. There are people that interact, and there are guys that keep kind of looking ahead. So I think you just have to figure out which way you're going to handle the situation.

For kids in South Dakota today, growing up and wanting to take golf seriously – maybe they want to make a career out of it. If someone were to ask you for advice on becoming a professional golfer, what would you tell them?

Well I think it's great that they have those aspirations first of all. I don't know if at this point if they know the effort level that they would have to in to be at a professional level, but if they're willing to do that I would say:

Play in everything you can play in that's competitive. If you're going to be a pro, turn pro and start playing for money. Because as soon as you start paying for your way, it's a lot different than having somebody pay for your amateur experiences. It'll just separate you soon enough, and you'll find out soon enough if you can do it. You kind of just have to put yourself out there, and give yourself some time too. It's not going to be you just got right out and do this thing. It's not going to be, 'I'm turning pro and I'm going to be on the tour.' That happens quick right? It won't happen like that in most cases.

I think if you're determined enough, and you work hard enough, and you get good instruction, I think that's important now. And you learn how to play the game at a professional level, maybe get with other people that have played out there and pick their brain. It's hard to do on your own. I think you're going to have to maybe skip some steps and find out what other people know about it that will help you. You definitely have to put in the time and play as many tournaments as you can to find out what your weaknesses are.

How much golf on an annual basis do you play? Is it something where you have to swing the clubs in some way, shape, or form everyday?

Well at this point it's not like that for me. I still work pretty hard it, but I think on the tour level - and when I was playing the tour - it was pretty much every day and anytime you could it. You rarely had a day off. You had a travel day. You might give yourself a travel day. I remember my brother and I practicing, we'd play 18 in practice all day. We were out there every day, and it wasn't just 18, and this is just at the tournament. We'd hit balls every day, all day, and play golf all day when we were on an off week. I remember times coming home when I was just hitting balls at home by myself. Where I'd get up in the morning, and my hand would be kind of closed shut when I couldn't open it. I was hitting so many balls, and I started to get worried about it a little bit, but luckily that went away.

I don't know if that was a big help or if I was just grooving something that maybe I shouldn't have. I think too how to hit it with what you have too. You have to learn what your shot is and what your tendencies are, ya know. And how you're going to play the game, and not how somebody else does, and try to copy them in their exact way. They can help you, but it doesn't necessarily mean you have to play it exactly like they do.

Tell us about Sutton Bay Golf Course in Sully County… how is it connected with your family?

Well, Sutton Bay sits on some pretty family history ground for us. The Sutton family is my mom’s side of the family. My grandad owned that land. I've known it as my grandfather and family ranch and uncles ranch. I've hunted all over the place out there, and pretty much ran all over it in high school. So, it's a special place.

I think it's really neat they put a golf course in out there. It's funny how we envisioned that when we started playing golf that it would have been a really a cool piece of ground for some golf out there. It could have been more like the British Open type courses, where there's Scotland type stuff. I'm not architect, but what they did do out there is really neat. 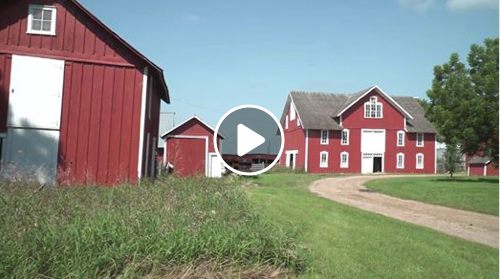 previous Post
Living
Vanished South Dakota: Watch the Official Preview
by heather benson
•
next Post
Learn
Coloring Books And Worksheets: What's The Value Of 'Staying In The Lines'?
by laura dimock
•
next Post 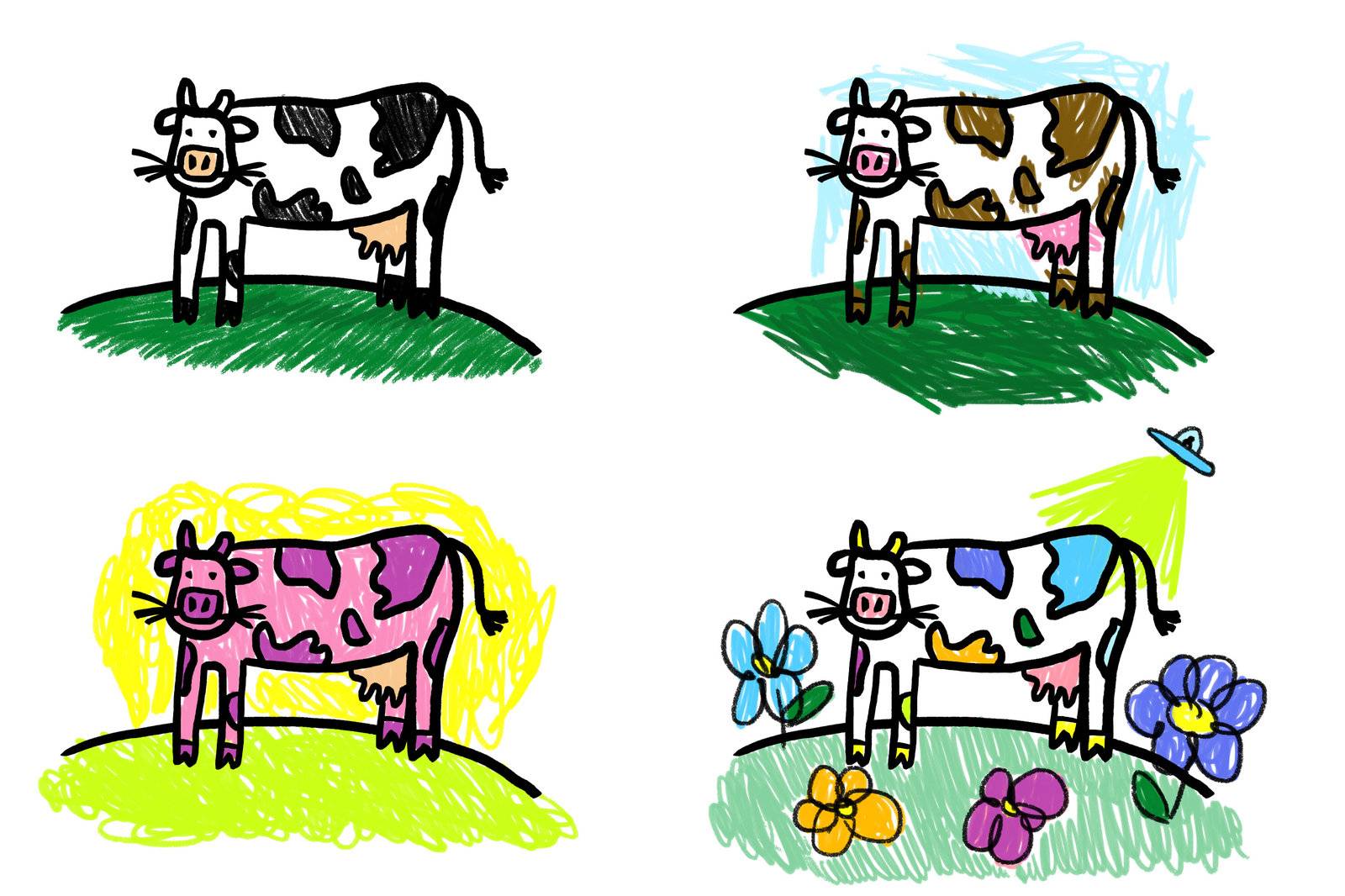