Philly Trades Up In Draft On Friday For SDSU's Dallas Goedert

The Super Bowl Champion Philadelphia Eagles selected Goedert in the second round of the National Football League draft when they traded up to the 49th overall pick on Friday night.

Even before he heard his name called on Friday night, Goedert was already trying to imagine what that feeling of being drafted would feel like. And now that it’s happened, he said it’s tough to put his feelings into words.

“I can’t describe it, I saw my phone ring and my heart stopped for a little bit,” said Goedert. “The Eagles asked if it was ok if they could trade up, and I was tearing up a little bit and telling them ‘yeah, I can’t wait.’ To be an Eagle, it’s a dream come true.”

He’ll join an Eagles team that includes former Sioux Falls Washington standout Nate Gerry, who was drafted last year in the fifth round by Philadelphia, and former North Dakota State University quarterback Carson Wentz, who was drafted No. 2 overall by the Eagles in 2016.

Before the draft, Goedert visited the Eagles organization.

“I talked to Nate Gerry for a little bit, from Sioux Falls, and Carson Wentz,” explained Goedert. “It’s going to be incredible playing with Carson. He’s the best quarterback in the league.”

Philadelphia will have a big target on their backs this year, being the defending Super Bowl Champions. Goedert says it’s exciting to go to a team that’s looking to repeat success, rather than a team who is rebuilding.

“I’m so excited to go there and help them win a few more [Super Bowls]. Going to an organization like that, you can only wish to do that,” said Goedert.

Coming into the draft, Goedert had the most impressive resume of any of the tight ends, as far as stats were concerned.

He caught 21 touchdown passes in his career with South Dakota State, and almost amassed 3,000 receiving yards.

Goedert was also a two-time finalist for the Walter Payton Award. That distinction goes to the best offensive player in NCAA FCS Football.

In addition to that, he was also a unanimous All-American selection for his final two years with South Dakota State. 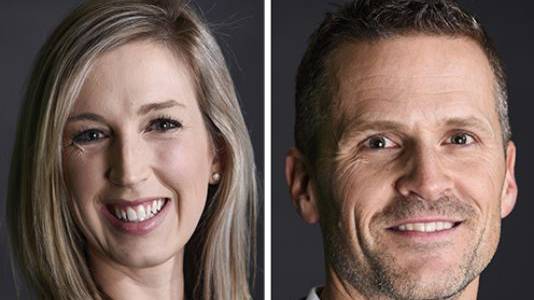 previous Post
In the Margins
TenHaken And Loetscher Stumble Near The Finish Line: You Should Vote For One Of Them Anyway
by lori walsh
•
next Post
Learn
Cinco de Mayo Recipes and Crafts
by krystal schoenbauer
•
next Post