She’s One of a Kind 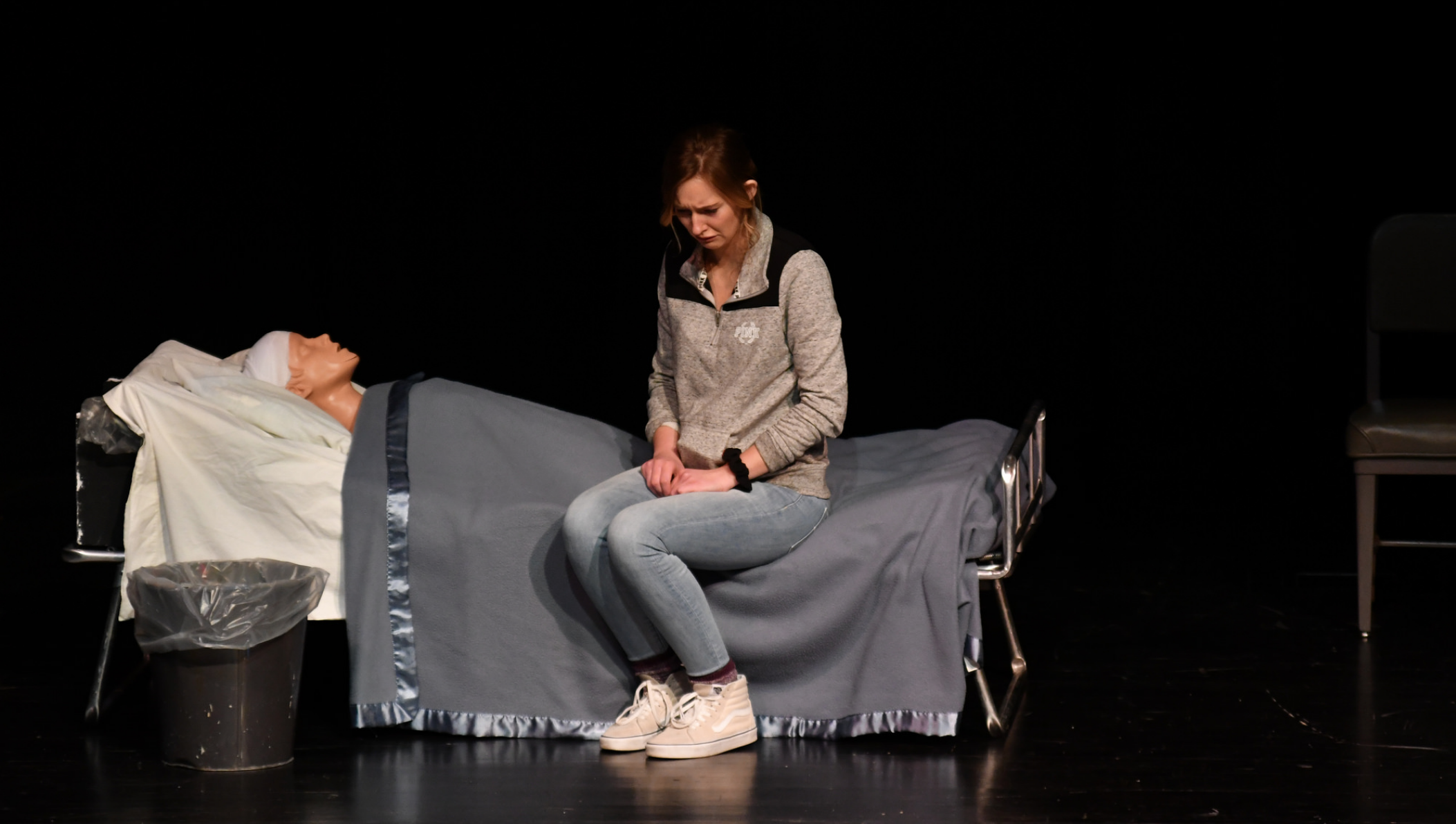 Brandon Valley High School spent last week hosting the 2018 State One Act Play festival. Hundreds of thespians from throughout South Dakota invaded the eastern part of the Sioux Empire to showcase their performance and acting skills on the states ‘biggest stage.'

On Saturday afternoon, one of the performances made history. Sisseton High School put on a production of the play ‘Grief-Struck’ with just one performer. It’s the first time ever that a play at the South Dakota One-Act Play festival has had just one actor.

Olivia Heinecke, a senior at Sisseton, was the lone performer in the play.

Sisseton high school theater director Sharon Prendergast said the original for design for the schools performance wasn’t suppose to be a solo act.

“I had an interest meeting back in November to see how many students would have interest,” said Prendergast. “I had about six kids show up, so I thought, ‘oh, that’s not a bad number.’”

Prendergast had ordered two plays originally for the One Act Play program – one for a cast of six, and another for a cast of four. When the audition period for the play arrived, the number had dropped down to four students, which fit the mold fine for the four-person story. The cast was set, and the students began practicing.

As winter moved on, attrition took the cast down to one remaining member, Olivia Heinecke.

Two options remained – not do a play this year, or find a way to move forward with a one-cast play.

Heinecke was mostly involved in basketball throughout her time at Sisseton, but entering her senior year this fall, she decided to quit basketball, because she wanted to get involved with theater and be apart of the One Act Play production.

“I couldn’t tell her we we’re going to [do a play] when she had quit basketball to be in it,” said Prendergast. “And I knew of a third script from an oral interp cut from a few years ago.”

At first Heinecke was hesitant, since this was her first year participating in One-Act Play. However, it was experience of being apart of oral interpretation in high school that helped sway her perspective.

“Ms. Prendergast said it wouldn’t be any different from an oral interp piece, except it would be ten minutes longer,” said Heinecke. “And I thought that was ok.”

The play was called ‘Grief-Struck’ by J.J. Jonas. It’s about a boy named James who finds out that his family has been killed in a car accident. James’s brother survived, but is only being kept alive by a life support system. The story revolves around James sitting by his brothers’ hospital bed, contemplating what to do.

Prendergast contacted the company who owned the play to see if the gender in the play could be changed from a boy to a girl, and the company granted the request. Instead of it being about a boy named James, it would now be about a girl named Jamie, who is still faced with the horrific decision to keep her brother alive on life support or not.

Now that the play set, preparation could begin.

Much like most high school activities in South Dakota, a regional, or post-season qualifier event is required to see who gets to attend a state meet or event. It’s no different with the One-Act Play activity, as schools need to compete at a regional event first to qualify for the state festival.

“I never really knew what One Act really was until I got to regionals and realized it was this big play, so it was something I wasn’t expecting,” said Heinecke.

Last Saturday, Heinecke got ready for her final performance of the year, on the states biggest stage.

“I was really nervous, just because I came the day before and I watched some of the really big schools do theirs,” explained Heinecke. “And they had musicals, so singing and dancing. And then I thought back to my little 20-minute play where I’m just walking around and talking to myself basically.”

Her performance was moving… it had many audience members crying… and with such an emotional story plot – it made sense. At the conclusion of the play, Heinecke got a well-deserved standing ovation, something her teacher, Ms. P was proud of.

“Right after the play, I left the light booth to go back to where [Olivia] was and I thought to myself, ‘oh my gosh, what if they’re not giving her a standing ovation? What am I going to say to her,” wondered Prendergast. “And then I looked into the theater again and saw everyone standing up. I was so happy for her, so thrilled. She deserved every bit of it.”

Heinecke gave props to her teacher Ms. P for helping her put on the performance, but also made note that she received a lot of positive feedback.

“I got a lot of positive feedback, people commending me for doing a play by myself,” said Heinecke. “ Even some judges said “you’ve got the whole audience in the palm of your hand,” which I thought was really cool.”

The judges enjoyed the play and performance so much, that they gave the play an overall superior rating, which is the highest rating a school can get at the One-Act Play festival. Along with it, Heinecke received a Superior rating as well for individual performance.

And as Heinecke states, she was happy that her dad was there to see her receive the award.

“My dad doesn’t really go to some of the artsy stuff, and my brother had a basketball game in the area also that day,” said Heinecke. “My dad actually skipped the basketball game for the awards ceremony, so I was really happy to have him there to see it.”

It was a One-Act Play that is sure to be remembered for a long time. Those who saw Sisseton High School’s rendition of “Grief-Struck” live on Saturday would probably agree that Olivia Heinecke's performance was great, exceptional, moving, and yes - ‘one of a kind.’ 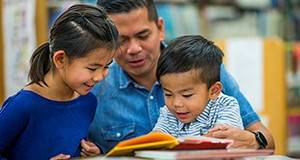 previous Post
Learn
EVERY CHILD IS A READER
by laura dimock
•
next Post
Living
Wayne Porter Has Built His Giant Horse. Time to Take it for a Ride.
by michael zimny
•
next Post 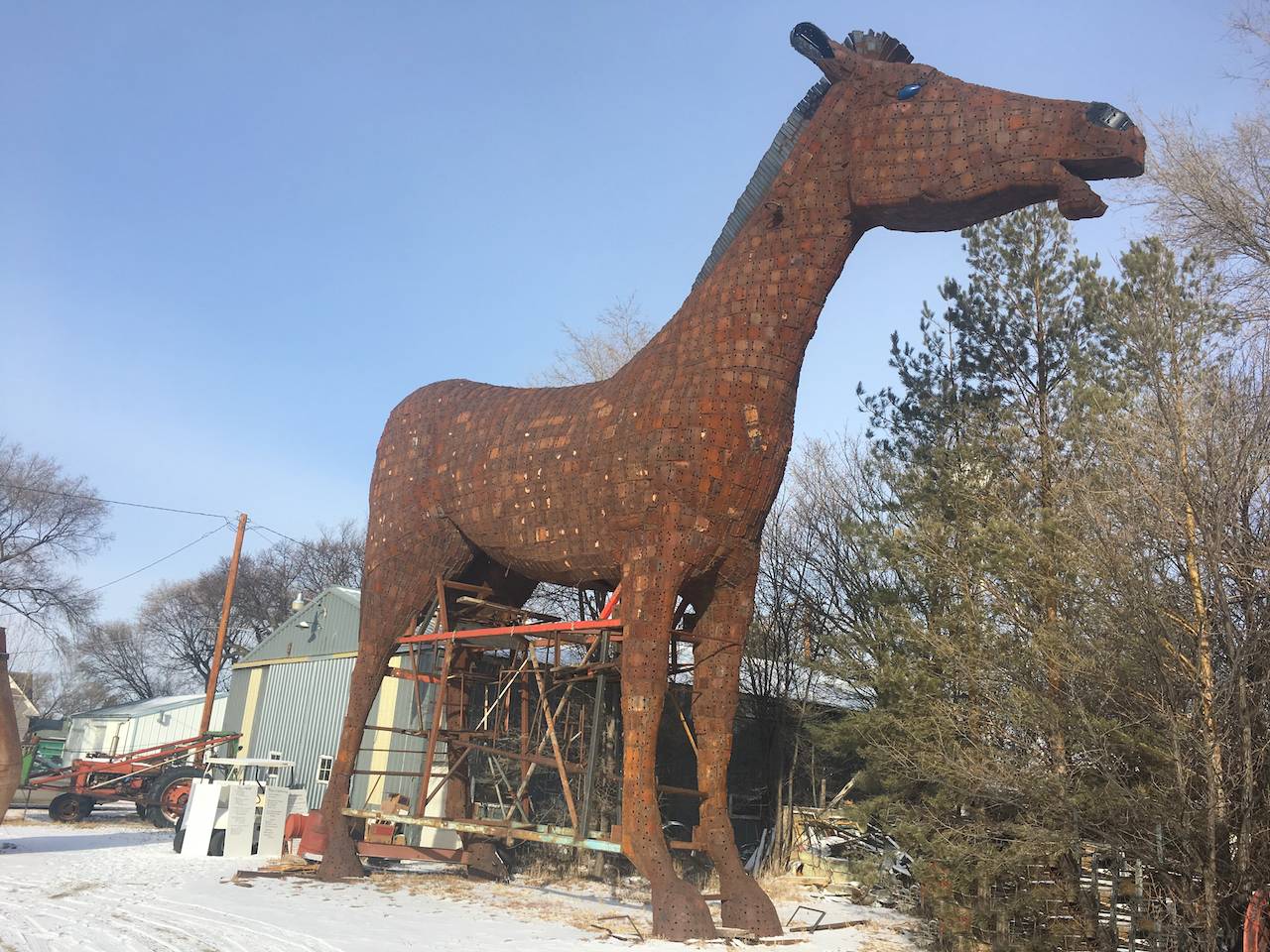