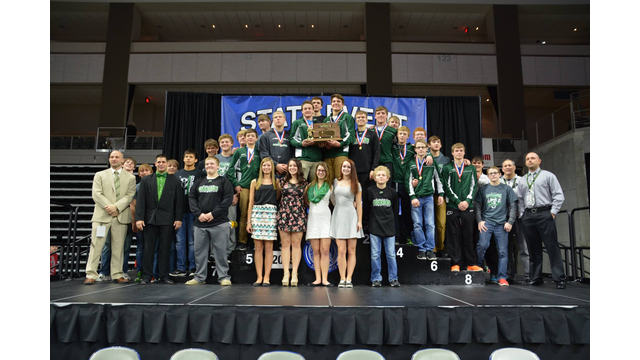 The state wrestling tournaments invaded Sioux Falls (class A) and Rapid City (class B) over the weekend. The Pierre Governors took home the state championship in class A, while the Parkston Trojans claimed the top prize in class B.

John Krogstrand with the South Dakota High School Activities Association commented on the venue location for the class A tournament in Sioux Falls, as it was the first SDHSAA state event to take place at the newly constructed 12,000-seat Denny Sanford PREMIER Center.

“We had great crowds, great draws and great numbers,” said Krogstrand. “The facility presented itself really well and it was a great first event in the building.”

Krogstrand said it also gave activities directors and other high school athletic officials to get a feel for the building, looking ahead to future events. The Denny Sanford PREMIER Center will also host the class AA state boys basketball tournament in a few weeks.

The class A state wrestling championship came down to the wire, with the very last match. If Sam Schaunaman of Aberdeen Central had scored a pin against Robert McCardle of Mitchell, then Aberdeen Central and Pierre would have tied team scores, and therefore shared the state title. The final score was Pierre 161.5 and Aberdeen Central 159.5.

On the class B-side of the spectrum, Parkston ran away with the state championship as they finished with an overall score of 151. Bon Homme/Scotland took home second place with a score of 136 and Canton got third with 130.5.

Another piece of history was made this weekend during the class A state wrestling tournament in Sioux Falls. Ronna Heaton, a sophomore from Brookings, took home seventh place. She becomes the first female to compete, win a match and place at an SDHSAA State Wrestling Tournament event.

SDHSAA’s Krogrstand said this was a very special moment for the sport of wrestling in South Dakota.

“To see the reaction she got from the crowd not only starting out with her first match of the tournament, when she opened things up, but all the way through with everyone following her to the seventh place match,” explained Krogstrand. “To get a very solid standing ovation, that was very cool to see.”

Krogstrand said Heaton could be viewed as an inspiration for the sport of wrestling as a whole, including an inspiration towards other female competitors in the state of South Dakota.

To see full results, and video of the state championship-wrestling weekend, click here or visit sdpb.org/wrestling/

The state Debate and Individual Event tournament is the next statewide SDHSAA event, and it will take place in Harrisburg on March 6 and 7. For more information on this event, click here. 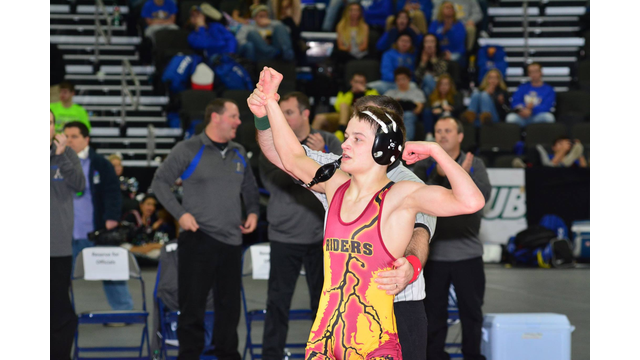 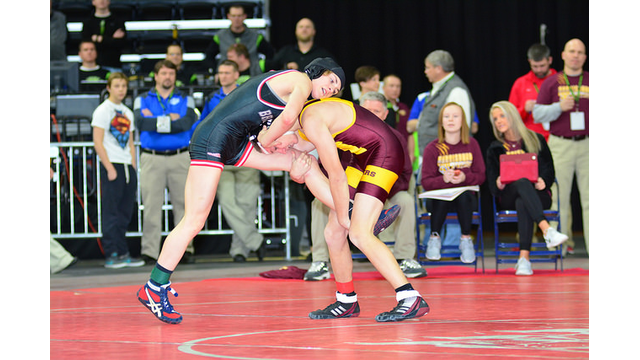