When the George S. Mickelson Trail was formally dedicated in 1997, the project's many supporters decided an organized ride over the entire 109-mile length of the trail would be a good way to celebrate the achievement. Dozens of people had been working for years to make the vision of an ambitious rail-to-trail conversion a reality. Around 100 people rode in the first annual Trail Trek. Participation grew over the years until organizers realized they needed a cap on the number of riders. The 600-rider limit has been reached every year since. There number of riders who rode in the first event is dwindling. You won't need both hands to count the riders who have ridden every single Trail Trek.

SDPB produced a TV program about the development of the Mickelson Trail in 2010. As the producer, I had the chance to ride briefly with the registered participants. I shot some video and some interviews, went home and put the show together. The following summer, I registered and rode with 599 other paying participants. (The registration fee covers snacks, several meals, and some degree of trail support. Registrants also get a dandy assortment of coupons and bike bling.)

Larry Rohrer, SDPB's Director of Content, and I are both riding the Trail Trek this year as paying participants. My friend Kent Porter from Omaha is also on the roster. Here's a look at the three-day as we experienced it. (The official event info from SD Game, Fish, and Parks, which operates details the route and logistics.) -- Brian Gevik.

Although I hadn’t seen the Mickelson Trail from a bicycle like Brian, I’ve done this sort of thing before. That is, taken a hobby activity, dabble in it, then jump into some extreme version. You see, in a previous life (when I was half the man I am today) I used to run a few miles, then 5K’s, then 10K’s. So, what did I do? I signed up for a marathon! A marathon run is just four 10k’s in a row followed by a bonus half mile. How difficult can that be? Well it is. It was not a race, it was me against the miles. I did it four times and suffered each time because of casual preparation.

I registered in December 2016 for the for the 20th Mickelson Trail Trek and had a lot of time to think about it. I did ok on the prep, except it was almost all on black top and medium distance. Nothing as long as the Mickelson miles on Day 1 or Day 2, and not the multi-mile uphill grades of the old rail bed. - Larry Rohrer

In past years, registration has been a low-key, non-event. Riders came to the Custer Chamber of Commerce Visitor Center, checked in, picked up their credentials, and left. 2017 was different. Registration this year was held at the Mt. Rushmore Brewing Company. The process was a little bumpy for the early arrivals. There was a mixup with jerseys and the process of getting it all figured out slowed things down. A lot. But the Chamber of Commerce provided an assortment of snacks and a couple of drink tickets so a lot of us felt like there wasn't much to complain about. The delay also gave us time to talk with other riders. Hopefully, a meet-and-greet will be a part of registration again next year. - BG

After a long drive across the state to Custer, I pulled into the party atmosphere of Registration Day. It was there I realized most of these 600-people new each other and I was the new guy. The next morning would bring 44 miles of riding but if I averaged out the ages of the registrants around me, at 61, I would probably be in the younger half. There was hope. -LR

The Custer to Edgemont stretch covers the Trail's least-traveled section. These miles are no less beautiful than any of the northern reaches, they're just different. The dense pine forest and granite outcroppings of the central Hills give way to a more open landscape of pastureland, exposed ocre-colored soil, and red sandstone. Yucca, sage, and prickly pear begin to dominate the ground cover and pines give way to burr oak and other hardwoods.

On the morning of Day 1, it rained, the first 5 miles were up hill, the trail is sturdy packed gravel but it had softened, extra work on each pedal, we didn’t have the tailwind I expected, it rained later in the ride, I was wet and getting colder. Each time we stopped for a break or lunch it took more effort just to swing my leg over the bike. You know, if you think about these things for too long, you can miss the fact that the trail is absolutely beautiful, the trees and vegetation have a deep pine fragrance, the fall colors are eager to show off, the open prairie of the southern hills are wondrous, and a majority of Day 1 is flat or downhill. - LR

The Trail Trek's first rest stop in Pringle is a welcome one. After roughly 12 miles, riders find out if they've prepared their equipment and themselves adequately. There's enough support at the rest stops to fix any minor problems.

The 16-or-so miles between Pringle and Minnekahta Junction is farther from highway 385 and other roads.

At mile marker 17, only about a mile from the Minnekahta trail head, we caught up with a group of Omaha law enforcement officers riding the MTT. Some of them had done it before. They and others had stopped to look at a small plaque embedded in the marker. They had purchased the plaque and marker from the SD Game, Fish, and Parks. The plaque is a memeorial to one their fellow officers, Kerrie Orozco. who was shot to death during an arrest in May, 2015.

The Omaha officers and others held a short memorial observance for Orozco - and for all law enforcement officers killed in the line of duty. Here's a blog post and video about their tribute.

A lunch of sub sandwichs, tea or pop, chips, cookies, and fruit was served at the Minnekahta trailhead. The rain returned and a southeasterly breeze grew stronger. This was just going to be one of those days of off and on rain and sun.

The trail from Minnekahta Junction to Edgemont is unlike any other portion of the Mickelson. There's an incredible mix of sandstone, shale, and other rocks and minerals. There is an equal diversity of plant life but plants live overall is a little less abundant than it is in the Black Hills' more verdant acres.

Riders are warned to watch for snakes here and on other reaches of the Mickelson Trail, but (I guess) the cool temperatures and rain on Day One of the 2017 MTT kept the rattlesnakes in their dens. - BG

Climbing out of Sheep's Canyon, crossing the long rail trestle, up a final hill, and Day 1 destination Edgemont is in sight. Just 6 miles or so left and mostly downhill and at the end you get ice cream. How good does berry-swirl taste after 44 miles of pedaling? Pretty good until the ride organizer stops by and says "tomorrow is your toughest day, it's all uphill and down."

Most participants stay in Custer on registration night and the night after the first ride. There are some very good places to eat in Custer and there's a fair amount of variety. We chose the place that specializes in burgers and buns and we were more than pleased with the food and the experience. 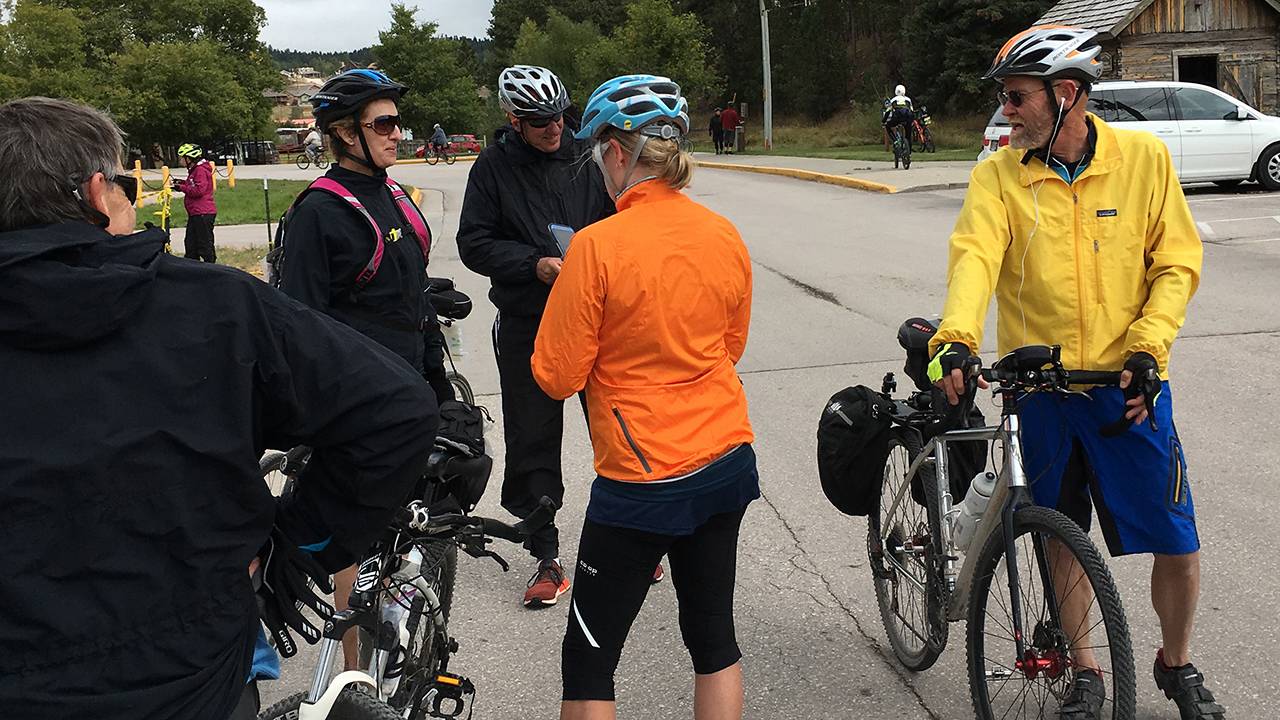 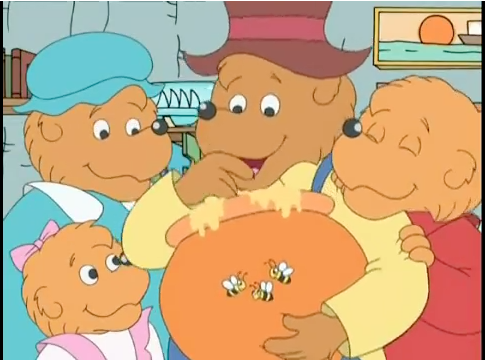