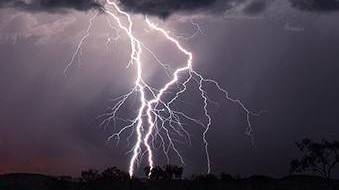 This month, SDPB premieres NOVA’s Decoding the Weather Machine, a candid examination of global climate change. Promising to cut through the confusion, and reluctant attitudes, around climate change, the documentary demystifies complex events in terms South Dakotans can readily apprehend and love to discuss: the weather.

As with many of her scientific colleagues, climate change is not really a matter of debate with South Dakota’s State Climatologist Laura Edwards. Raised in the Twin Cities, Edwards holds a master’s in meteorology from the University of Maryland and spent 8 years as a research climatologist at Reno’s Desert Research Institute. She moved back to the Great Plains in 2011 to work as SDSU Extension’s Climate Field Specialist and has been state climatologist since 2017. 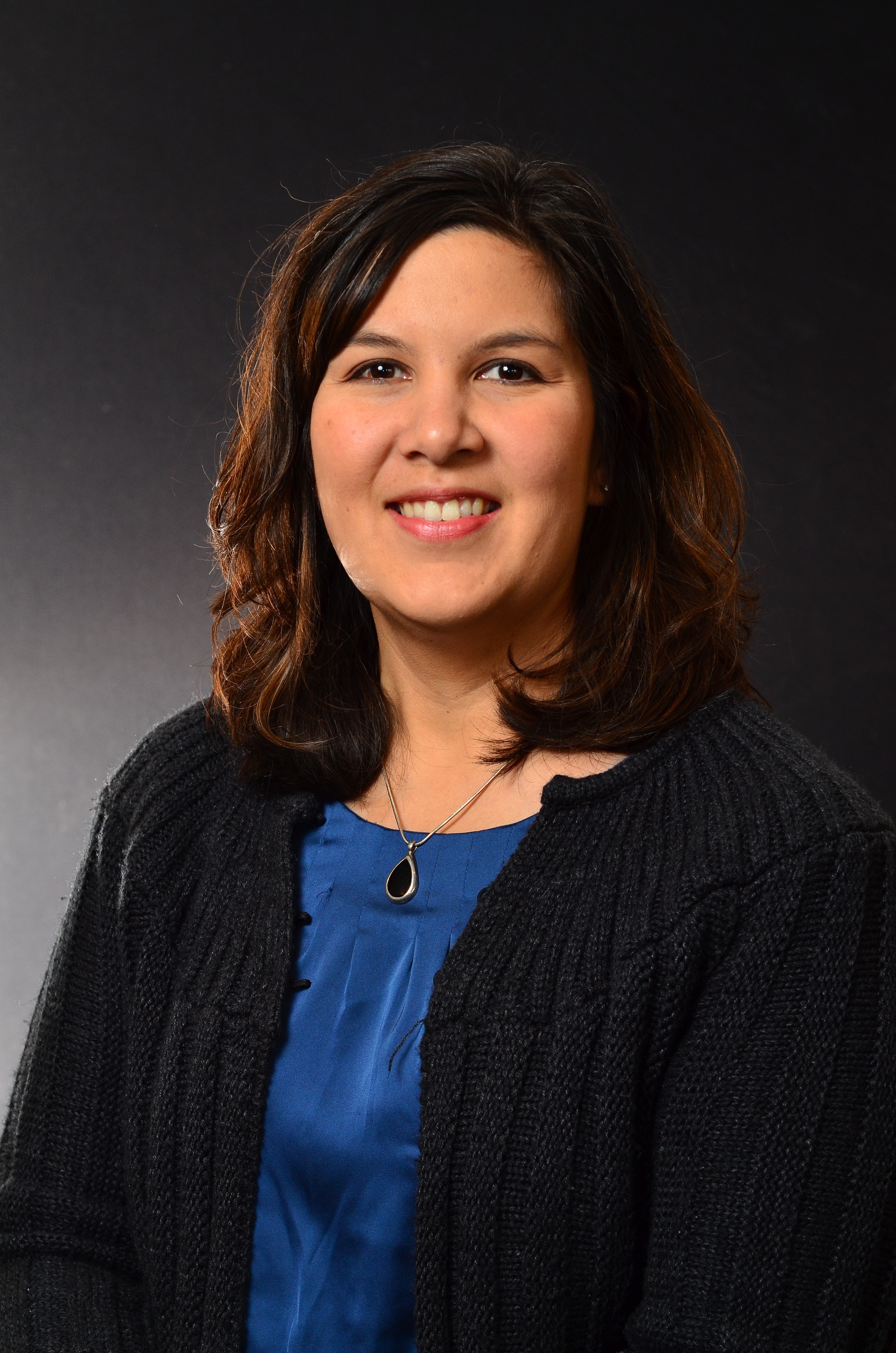 Edwards is chagrined that climate change is often situated as a political rather than scientific phenomenon. “That’s the heart of the discussion, you know?” says Edwards. “It’s a challenge in that its so tied to political motivations. For better or worse, Al Gore was out there early on, telling the story. So, there’s a political connotation. And a recent survey showed that, based on your political affiliation and what church you go to, you can guess with better than two-thirds accuracy what your belief in climate change is. But the science shows changes in climate for going on 30 years.”

Stationed in SDSU’s College of Agriculture and Biological Sciences and married into a South Dakota farming family, Edwards works with farmers and ranchers on programs that mitigate hazards posed by making a living from the land, such as weed and disease control and pesticide education, but her expertise lies in how weather impacts decisions on the farm and ranch.

Edwards says climate change primarily manifests in South Dakota as rising temperatures and increased precipitation. “If we look at a whole year, annual temperatures are rising, but not the same in every season. Our winters are warming faster than any other season. Which is not to say we’re going to be 40-degreees every winter. Meanwhile, North and South Dakota are getting wetter, faster, than almost anywhere else in the country. That’s happening in the spring and fall seasons. We are 20-30% wetter than we saw 30-50 years ago.”

Eyeballing the impact of climate change can be tricky in a climate as variable as South Dakota’s. We don’t have dramatic glacial melting or coastal flooding. “People can mix weather and climate up,” says Edwards. “Folks may joke that it’s been so cold – what happened to global warming? But it’s more than just warming. We still have ups and downs. We still have El Niño and La Niña affecting us up here, but we’re looking at longer term trends.” 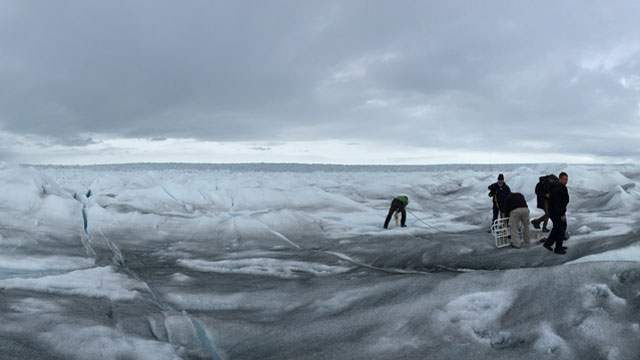 Another challenge is lexical imprecision. “The language people use makes it sounds like a step change when it’s really more of a gradual change,” says Edwards. Global “warming” connotes scorched earth and doesn’t account for fluctuations. “But in our summers, temperatures are about level or even slightly cooler in eastern South Dakota,” says Edwards. “Research and discussion wonders if this is linked to a change in land use, going from wheat and fallow to more corn and soybeans? Is converting pasture and range into row crops changing temperature? We don’t quite know, but that’s what we’re seeing down through Nebraska and further south.”

For the most part, according to Edwards, history sides with science. “The computer climate models have proven their worth over time. They’ve predicted where we are today. The trends we’re seeing have been consistent with the same story we’ve heard for 25 years. I have more confidence in what science can tell us about the changing climate.

Edwards wants to play the hand that’s been dealt, not quibble over the stacking of the deck. “In this part of the country, we really have an opportunity,” contends Edwards. “In general, we have longer growing seasons and more moisture, so hopefully we’re not as moisture-limited. We have an opportunity to increase yields, add some diversity in our cropping systems. But it’s a challenge because we are still in a northern region and we don’t really have a long growing season.”

Adjusting to what she deems the “new normal” has added benefits, says Edwards. “I’m not a huge activist myself, but we can adapt to climate change and maybe mitigate to make it less of an impact in the first place. There’s more work that can get done in addressing carbon in the agricultural system. Adapting no-till type of practice and cover crops between your cash crops to help keep carbon in the ground. “

The movement toward soil health is one adaptive measure South Dakota’s producers are undertaking that also mitigates climate change. “Those same management practices that lead to good soil health also make you more resilient to extremes in climate and weather – wet, dry, cold and warm,” says Edwards. “Good soil means you can hold moisture better, reduce your risk of really bad drought impacts and, to a degree, avoid soil runoff and loss issues.” 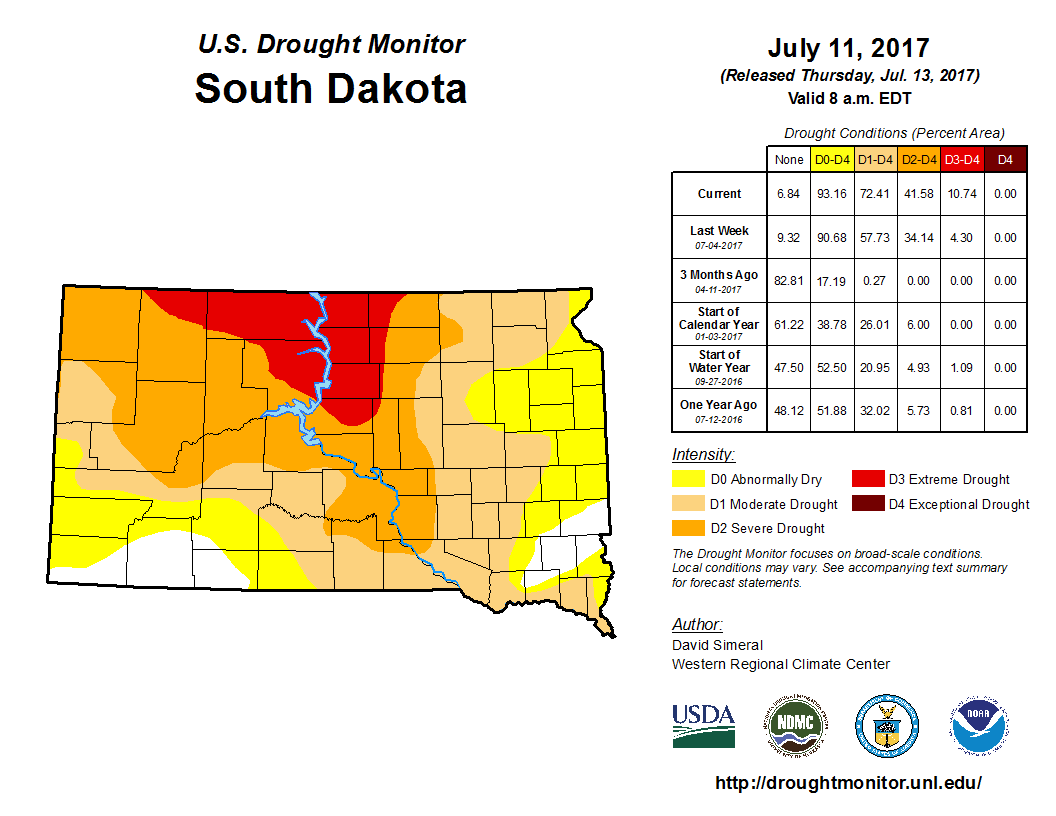 Edwards’ pragmatism and tendency to accentuate the positive makes her reluctant to remark on 2018’s climate outlook. “I hate to be the bearer of sad news,” says Edwards. “Spring looks variable, but the summer in the central plains looks like there’s a pretty large area of warmer and drier. That could affect us in southern South Dakota mid-summer. There’s always a week where it’s hot and dry and you just hope it doesn’t happen during pollination for corn or some critical time. But I see it as something we should at least be prepared for.”

For in-depth research on climate trends, projections and impacts, including special reports on the Great Plains region, Edwards suggests the following websites:

Third National Climate Assessment – www.nca2014.GlobalChange.gov (The forthcoming Fourth Report, according to Edwards, will have more detail on tribal land/tribal nation impacts, and the Great Plains region will be localized into North and South.) 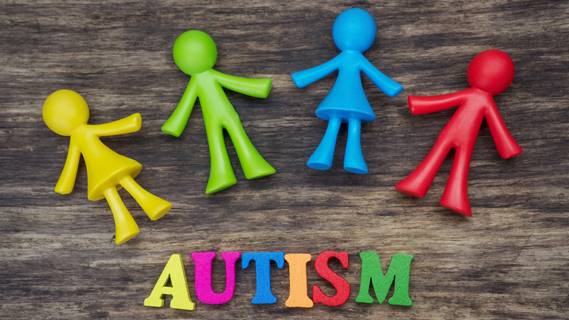 previous Post
Learn
April is Autism Awareness Month
by laura dimock
•
next Post
Sports & Recreation
Does Being a "One-Sport Athlete" Give Your Child a Better Edge Over the Competition? It May Not...
by nate wek
•
next Post