The Shift: Changing the Balance of Power

Dr. Michael Card is a professor at the University of South Dakota in Vermillion. He joined us for a closer look at how population shifts in the state change the balance of power.

About South Dakota's recent shift in population and what that indicates:

As Mr. Strubinger's story indicates, one of the issues that we're finding is is that the people in the state are migrating towards the southeast a little bit towards the I-29 corridor for a wide variety of reasons that we can talk about a little later. But the other part is is some areas of the state are getting older as the younger people leave, and that means there's fewer births and more deaths, and that means as was suggested in the last story, district 28, which extends from the Missouri River to the Montana/Wyoming border is probably gonna head south.

If we think about that particular district, right now it's 135th of the population, pretty close, because we have 35 legislative districts. That large district is over 20% of the state's land area.

And, again, as the story indicated, we try to keep county boundaries whole. That has become a little bit more challenging as we're seeing a wide variety in the range of population within the counties. The average county population doesn't really tell the whole story. We have 200 some thousand people in Minnehaha County.

And we have less than a thousand people in Jones County out in West River, and so it becomes very difficult to have a single legislative district that is whole. I think right now Yankton County is the only county that is represented with its own set of representatives.

On whether redistricting indicates that there's going to be an actual shift in power and political influence more towards the urban areas:

Well, if you get, and you have listened to the legislature, you've heard many people say on the floor and in the lobbies, "Well, that's a Sioux Falls bill," and then they tend, some representatives and senators tend to not pay much attention to it being a Sioux Falls bill. On the other hand if they engage in a tactic that political scientists call log rolling, "Well, I don't particularly care about that, but there are things I do care about, so let's trade votes." It has a bad name, but it may be an activity that we might see more of as the representatives and senators from more rural districts combine their votes to make sure that the people that they represent in Pierre and for state policy have their interests met.

On the anti-Sioux Falls attitude in Pierre:

Well, right now there's 20% of the state's population lives in Minnehaha County. If we had Yankton County we end up even more. If we look at the I-90 and I-29 corridors, the counties along those constitute about two-thirds of the state's population. I think we have to be creative in terms of solving the problems, but South Dakota's becoming more Urban, and we have to start talking about rural South Dakota, which to the rest of the world sounds crazy because they might say we're all rural. But we have more rural areas and more urban areas.

On competing values in the South Dakota legislature:

Well, I think we have a wide variety of competing values. Some of those are for stability and some are for change, and I'm not sure that the parties are as united as they might think they are...(we have) two shades of red at least.

Well, I think there are some who are much more conservative even than others. I think we still have a moderate Republican party that we have had since statehood. If we look at the state's political culture, most of the eastern part of the state was settled by union war veterans and their families. Much of the western part of the state was not settled. It was inhabited by Native American tribes, mostly Lakota, Nakota, and Dakota's. But with the opening of the Black Hills, we saw mostly confederate war veterans encompassing in the Black Hills. So we've seen a wide variety of perspectives since before statehood through Dakota territory that continued on through many of the recession areas or times of our state.

And what we've seen is, when the ag economy is poor, when we tend to be isolationists in our foreign policy, a couple of our state's historians like John Lauck and John Miller have indicated that's when Democrats tend to do well in elections. So that's a setup for 2018, although you look at the current makeup of the legislature and you'd say, "That's a long ways off from any real power." But, I think that there are still a wide variety of perspectives. The Republican party in South Dakota is truly a big dent.

On the reasons behind population shift in South Dakota:

Well, I think some of the reasoning is economic. As we see changes in agriculture, certainly the mechanization of agriculture has led to more land being needed to provide a minimum efficient size. We're seeing our ag economy is certainly down from where it was within the past five years. We're seeing more mechanization, which then requires more equipment which means you have to borrow more, which means you have to plant more, have more cows, pigs, whatever it is, and there's less need for people on the farm. 40 years ago when I graduated from high school, I had three families that had over 10 kids in their family in my small town. Almost all of them left and many left the state. Partly because even in the late 70's and early 80's farm prices were down and there wasn't enough income to support everybody so you had to leave the farm.

A lot of what we see is commutes in rural areas, I think the Census Bureau estimates that the average commute is 30 minutes in rural South Dakota. It creates sort of a vicious cycle, is once you commute 30 minutes, one of the next things that happens is as you start to buy your groceries in the place you work, that decreases the dollars flowing through because the grocery store hires people who might buy their car. They certainly buy groceries. They might spend money at the bowling alley, but if they're not spending money in town, they're spending it out of town, the economy in the community in which they live decreases.

On shifts in higher education:

My day job is to try to extend the resources of the University of South Dakota beyond the campus, and we're seeing an increase in people who are taking education not on the campuses. Our enrollment on the campuses in the state is relatively flat. The South Dakota Board of Regents publishes a fact book and we can look there for the exact statistics. But what we're seeing is all forms of distance education are increasing. Part of it is if you, you know, when I decided to get education I had to leave Dewey County. I came a long ways to Vermilion back when the speed limit was 55. It took 12 hours to get here. When I went for further education I had to leave. I left my job. I left my family. I left my support system. Distance education, I can keep my social structure. I can keep living in the same house with my family. I don't have uproot them. I don't have to uproot my children. I don't have to leave my job. I can take part time. It's just so much convenient and flexible.

In some senses it's enabling people in smaller communities to have access to higher education. If we're speaking specifically of education it enables them to stay in their small town and earn either baccalaureate degrees or more advanced degrees. Some technical education is also available by distance although it's more, I would say, hands on and not quite as amenable yet with technology to distance environment, but Moore's Law of Computing that says that it's basically a log rhythmic or an exponential scale. If we think now that I have more computing power in the phone in my pocket than I had in the first IBM personal computer by a factor of probably 1,000.

On what he see the 2020 census looking like in doing in South Dakota?

I think as Mr. Bolen suggested, I think there'll be at least one more district in the Sioux Falls metropolitan area. As we've seen it looks more like a hub and spokes system where they've gone out in different directions from the city of Sioux Falls to capture some of the surrounding area. I think the counties that are growing will start subsuming part of those rural areas, but we have a citizen legislature in South Dakota. That means you have to be back in your district and you have to have cracker barrels and talk to people. And so in some senses I think we'll still see the same level of representation that we see currently, which is fairly high. Our legislature is very accessible compared to a lot of other states, both in terms of seeing what's going on. Certainly South Dakota Public Broadcasting televising the stories, the recaps on the day as well as providing audio recordings of testimony. There aren't a lot of states that have this level of access.

But the people also have access, not only through the resources of South Dakota Public Broadcasting in conjunction with the Legislative Research Council, but also access to our individual legislatures. But I also see more legislatures coming together. I mentioned 40 years ago I graduated from high school. I was honored to be selected by my American Legion post to go to Boise State. The Legion post in the northwest area of the state got us all together so we would know who else from northwest South Dakota and we got together and sort of lobbied for each other running for office. I see more of that occurring in the South Dakota legislature. 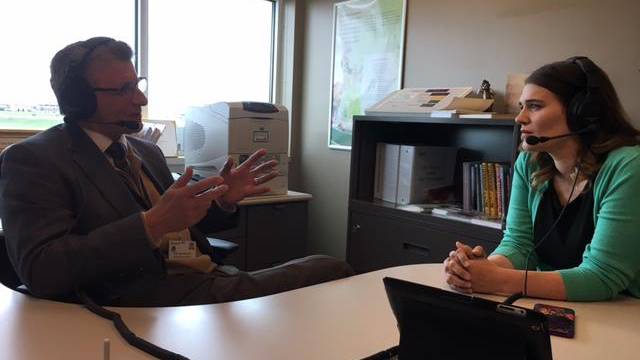 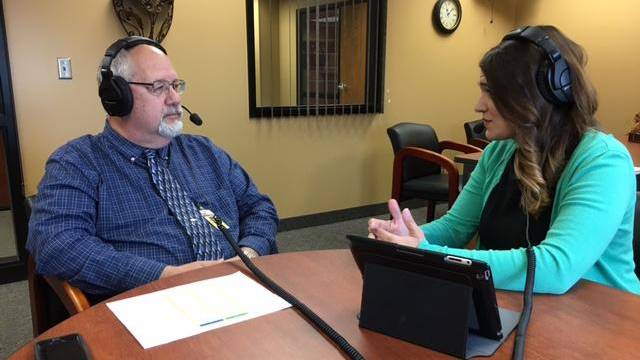