Thune, Rounds and Noem: Father's Day stories of love, loss and preparing for the inevitable

Father’s Day without a father.

I’ve known the feeling for half a century. Mike Rounds feels it for the first time today, less than three months after the death of his 90-year-old father, Don.

“For the most part, I’ll be celebrating for the kids and grandkids,” the first-term U.S. senator and former governor said by phone from Washington, D.C. Wednesday afternoon. “Life goes on. But we’ll still tell stories about Grandpa Don.”

As Rounds makes emotional accommodations to new family realities this Father’s Day, Congresswoman Kristi Noem will be feeling the same mix of emotions she has experienced since her father, Ron Arnold, died in a farm accident in 1994.

“You always think it would get easier, but the first, second, third Father’s Days were about the same,” Noem said, also by phone from the the nation’s capital. “Even now, you still feel that emptiness. You think about all he has missed, too.”

Meanwhile, Sen. John Thune will be thinking about all he has today, especially his 98-year-old dad and still-swinging golf buddy, Harold, who lives independently in the small family home in Murdo and drives to Pierre when needed to pick up medicine.

“My siblings and I feel blessed to have him around this long,” Thune said between votes on the Senate floor Thursday morning.  “You get to share him with your kids and grandkids and now great-grandkids. They get to know the heritage of the family, and he gets to impart some of the wisdom he shared with us growing up."

So, we have three members of the same congressional delegation, with three different Father’s Day experiences — all based in love, which for two is mixed with an enduring sense of loss.

Rounds said that while the relatively fresh death of his father will touch everyone in his family today, there will be joy in the gift of a man who was unlikely to live to 90, or anywhere near it.

“Dad had his first open-heart surgery in 1976, up at the University of Minnesota,” Rounds said, noting that his dad was only 49 when his heart disease presented itself in life-threatening ways.  “At that point the surgery was just beyond the point of being experimental. The prognosis then was that it might give him five years.”

It gave him that five, and another dicey open-heart surgery gave him even more. Over the years since, four more procedures inserted stents into arteries and kept the blood flowing and the heart beating. It also made Don Rounds and his family appreciate his every day on earth.

“We always just assumed that every time we had Dad there for Christmas or the Fourth of July or the opening of the pheasant season, that might be his last,” Rounds said. “We celebrated each and every event like that, every year.

“And we had him for 40 years more than we thought we might.”

So Rounds celebrates that today, recalling the family patriarch as a child of The Depression who was one of 10 children in a poverty stricken family in Iroquois. When Don’s mother died, the neighborhood stepped in to help raise the children. Don went to the Kauth family on a farm near Cavour.

He loved his new family. But that early separation from his blood kin was hard for Don, and it strengthened his commitment to family togetherness and celebrations. One of them was a Christmas Eve tradition with Don Rounds at the center, reading from the Bible and then reading The Night Before Christmas.

There was always a good audience, in a family with 10 boys and one girl (Mike is the oldest). Don’s wife, Joyce, died in 1987. But he later remarried, and his second wife, Rosemary, brought two sons and a daughter to the family.

“We’ll have close to 100 people at our home on Christmas Eve,” Mike Rounds said.

About 10 years ago, family members recorded Don as he read the Christmas Eve tale. So his voice will continue every Christmas Eve, with family gathered around as always.

“We’ve still got his voice on that recording,” Mike said. “So our kids and grandkids and greatgrandkids will still hear his voice.”

Such things matter to the children of fathers lost, which is why the tape recordings Kristi Noem found in her dad’s pickup a few months after he died meant so much. No, they mean so much, still.

Noem had quit college to come home and work the family farm after her dad died in March of 1994, immediately facing the calving season and planting season without her father.

“And there were a thousand times I wanted to ask him what to do, what corn to plant on that quarter and which vet to turn to, so many things I wanted to know,” she said.

Then she found the tapes, and she knew more than she could have imagined.

“There were all these little dictation tapes, probably 15 or 20 in there. I put them in there and it was my dad talking. Some of them were over 10 years old,” she said. “They were filled wth him talking about us, what our strengths and weaknesses were, but also about every quarter of land, which one had the best soil, what variety of grain was best, what to do if we had financial problems, so many things like that.”

Of the many things her father stressed, none was more important than the land, and holding onto it.

“Never sell the land,’ he said, ‘because God isn’t making anymore of it,’” Noem said.

She thinks God might have had a hand in the tape.

“On the last tape, he said: ‘I don’t know why I made these tapes. I’ve got to shut it off and go feed the cattle.’ It was like every answer for the questions I had for my dad, they were on those tapes. I just thought it was such a gift from God.”

She pondered her her dad’s appraisal of her weaknesses, and celebrated his listing of her strengths. And as a parent of daughters and a son, she has considered his self appraisals of “how he parented us wrong of what he thought he did right. It was all very powerful.”

Noem said she sometimes wonders what he would think of her political career, including four terms in the U.S. House and now a run for South Dakota governor.

“When people say he’d be proud of me, I always think ‘Really?’ But then my Uncle Bob reminded me, you know, that Dad served on a lot of national boards, and he worked on farm policy, too. I didn’t remember that. He was the area outstanding young farmer, too, and some of the awards I got later he had received. So maybe he would have been proud.”

It matters to think so, for those of us without fathers on Father’s Day. I still hope to do things in a way that would make my dad proud, somewhere off in the Great Beyond. Noem and Rounds feel the same way. And like me, they also feel the hole the loss of a father has left. It gets smaller with time but never disappears.

And like muscle memory, the emotions tied to a loved one lost operate at least partly on reflex and what has grown customary and comfortable. So Rounds still has impulses to reach out physically to a father now months gone.

“I find myself doing it when I get back to town and maybe have a thought like, ‘I wonder if Dad’s still up,’” Round said. “Or I’ll think, ‘It’s Friday morning, I should stop and see Dad … er, no.’ It’s kind of automatic. You’ve still got it engrained in your day to day stuff that you’re going to touch base. And then, of course, he’s not there, and you feel, well ..”

You feel, well, like the person you are: one without a father, and maybe one who is just a bit lost, for a second or two.

It’s a reality that is coming for John Thune, something he considers even as he celebrates every golf swing or cup of coffee or grandkid story shared with his dad.

At 98, and with his wife, Pat, gone for six years, Harold Thune is ready when for that time, whenever it comes, despite his love for the living and the surrounding support of a small South Dakota town.

“He’s got independence and people around him who care about him and look after him,” John Thune says. “But it’s hard for him, missing mom. He’s always pulling photos out, talking about her. He’s still lonely. And sometimes he says, ‘I’m ready to go be with her.’”

John Thune is working to get ready, too. But he’s also loving every day he has with a father in his life. 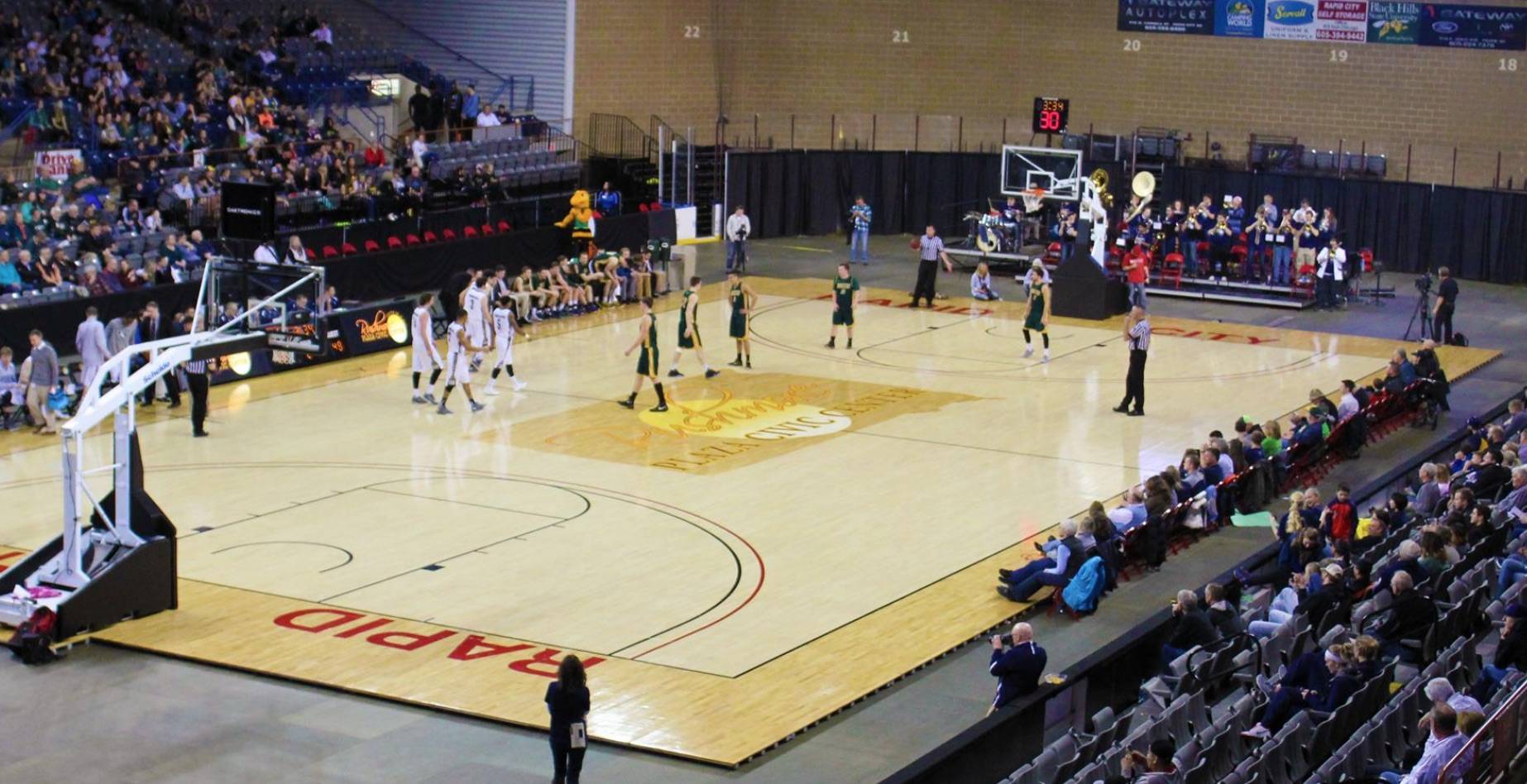 previous Post
Sports & Recreation
SDHSAA Plans In Rapid City Won't Change During Construction of New Events Center
by nate wek
•
next Post
On the Other Hand
Next up for Noem: picking a running mate, planning a general-election race, holding a rummage sale
by kevin woster
•
next Post 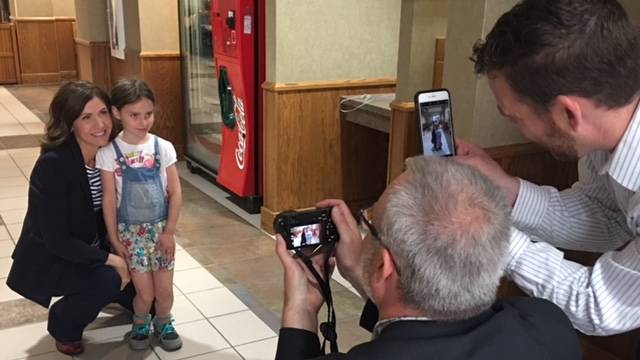